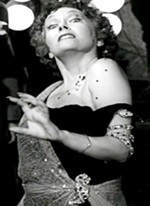 Who You Callin' Crazy?! 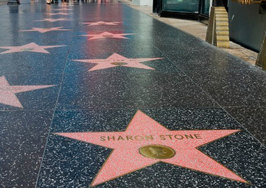 
Yes! Apparently the 87th Academy Awards had - once again - turned their backs upon women directors and minority actors. There was NOT ONE nomination in the acting categories, directing category, and only one slight nomination for Best Picture. Even the black female director of Selma, Ava DuVernay, was shunned.

"And of course, you were the original Joker of Batman fame, darling!" I began to take heart from Cesar's refusal to be stereotyped during his 60 year career, which also saw the birth of the Hollywood Walk of Fame began in 1953 and filmdom saw its first completed star enshrined in 1960. This famous tourist attraction now boasts over 2,000 stars, with 24 added yearly.

From a distance we could see another burst in white greeting us. "Hey, my latin lover, wait up!"


"You know, the more things change, the more they stay the same." Ms. Moore reflected.  "Maybe we need to move beyond expecting this profit-driven industry to give us equality. Might have to take it upon ourselves to grow our own production companies into larger independent studios, like United Artists."

"There were times I was so nervous the muscles were jumping in my face. I cried a lot in the making of this movie because it was real easy for me to cry. I had a lot to cry about. Conditions for black actors were unbelievable back then. Very few actors got the opportunity to hone their craft in the same way white actors did." She shook her head, "I didn't win the award, but my work IS the award, so to speak."

It was getting harder to see them, amid the glare of Cesar and Dorothy's bright ensembles. Cine sighed, "Yes, we shouldn't hold our breath, waiting for Juanita's star - after all, Claudia McNeil passed in 1993 and there's not one star for her - and she was both on the stage and screen."

"Yes, and the irony is," said Cesar, "later in his career he won an Oscar for playing a villain in The Bridge on the River Kwai - even though his one ambition was to play a hero." His sigh punctured their silence.

They found their way to the "Gateway to Hollywood" sculpture, on Hollywood Boulevard and La Brea Avenue. Cesar looked up at Anna May Wong's figure, forever joined with Dolores del Río, Dorothy Dandridge and Mae West. "Anna gave them her best years, always playing the evil Dragon Lady or the passive Geisha types. It almost killed her when MGM gave the leading role of O-Lan in The Good Earth to Luise Rainer - a German!"

And all the stars along the Hollywood Walk of Fame seemed to sparkle in agreement.