BEST OF TELEVISION FOR 2017
by Paulette Reynolds
January 7, 2018
Just as you’re shaking off the shock of 2017, Cine Mata’s list of television-worthy viewing is here to provide some entertainment.
ON CABLE:

Easily the most creative endeavor from HBO yet, and I can’t wait for season two.  Evan Rachel Wood, Anthony Hopkins, Thandie Newton, Ed Harris and James Marsden kept me glued to my remote as this sci-fi masterpiece went far beyond the original 1973 film.  KUDOS! 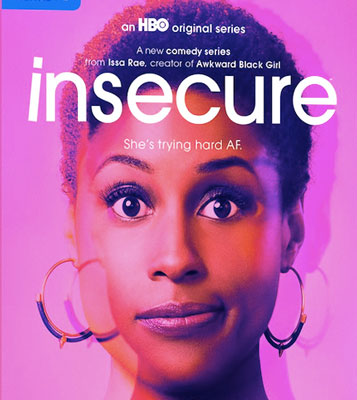 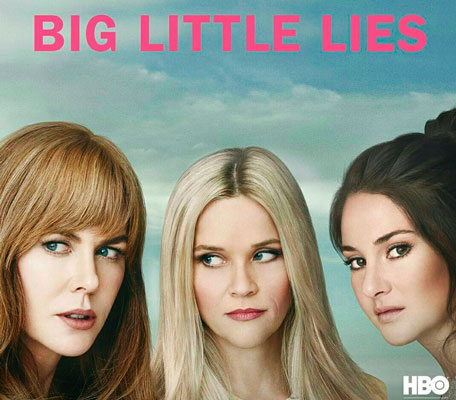 A fabulous example of women-centered drama on television is HBO’s Big Little Lies.​  This limited series again highlights what is lacking in most of today’s films about women.  Reese Witherspoon, Nicole Kidman, Shailene Woodley, Zoe Kravitz and Laura Dern head a large ensemble cast that seamlessly weaves a truly ingenious Who-Done-It plot, while tackling many hot-button issues of domestic abuse, date rape, child abuse and adultery, without a tinge of political correctness. 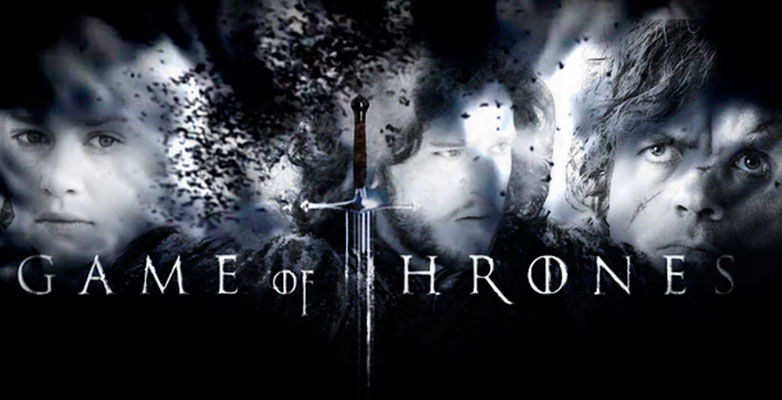 Season Seven saw Cersi, Daenerys, and Jon Snow consolidating their power and the beginning of the feared White Walker war.  Fans also discovered that season eight will be MIA until 2019...grrr.
5. Vice Principals

The final season of this crude, rude - and utterly hilarious - tale of battling high school bureaucrats solved the question of who shot Neal Gamby and installed the rightful heir to the North Jackson High School Principal's office - and all before summer break!
ON PRIMETIME:

1. How To Get Away With Murder (HTGAWM)

Shonda Rhimes asked us to stretch our imagination and star Viola Davis captivated us with her dramatic range in season four.  The plot got a bit sticky as her students drowned in high-octane melodramatic moments - but hey, isn't that why we're still watching? 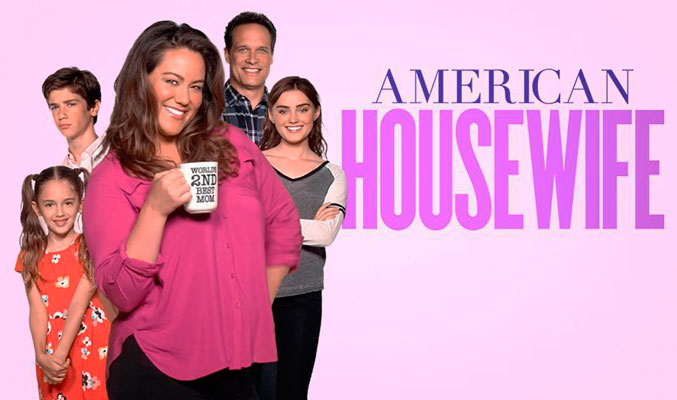 Katy Mixon and Diedrich Bader are easily the most entertaining married couple in the cultural cul-de-sac known as Sitcom Television.  ABC scores high marks for casting Ali Wong and Carly Hughes as Katie Otto's best buddies Doris and Angela - and making them smart and sassy. 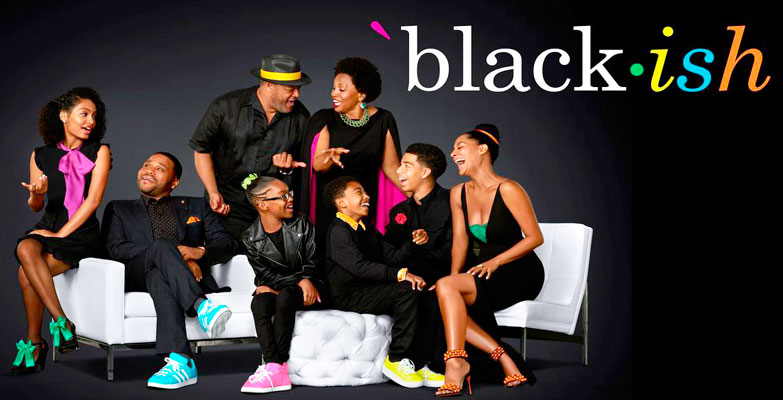 Season four felt a bit off the mark, striking a strident preachy tone and continuing to portray the white actors as stereotypical racist buffoons (I guess turnabout is fair play?).  But the ever-shifting dynamic between the Johnson children and their street-savvy grandparents Ruby and Pops keeps this reviewer mollified. 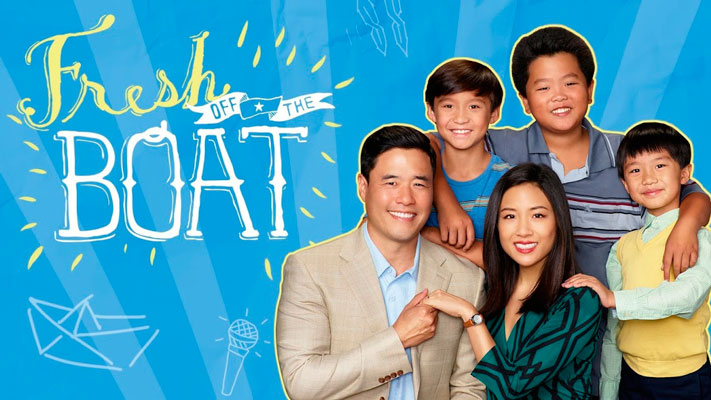 4. Fresh Off the Boat

Is ABC still the only primetime station that features a predominately East Asian cast?  Sadly, the answer is YES, but hopefully another station will step up to the diversity plate soon. 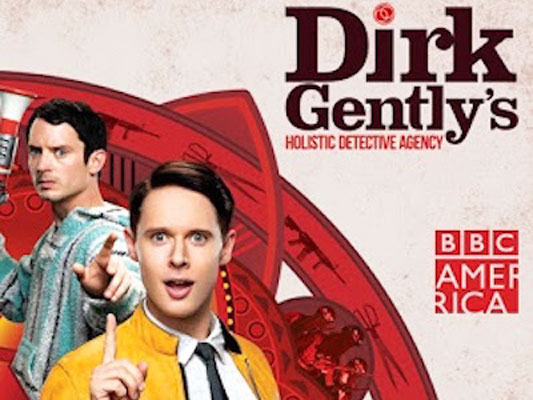 Season two snapped and crackled with another out-of-this-world mystery case, filled with fantasy and friendship, wit and weird logic - but hey, who’s complaining? 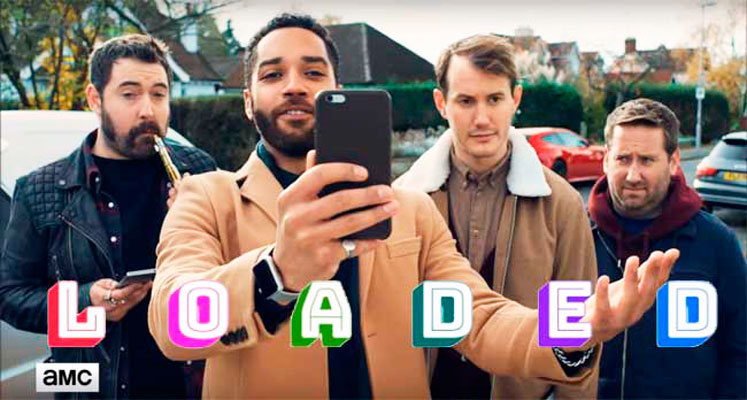 AMC won some major respect with this slick and snappy British show about a rags-to-big baller riches for four computer geeks, whose lives quickly descend into a continuous meltdown loop.  We hope to see a second season! 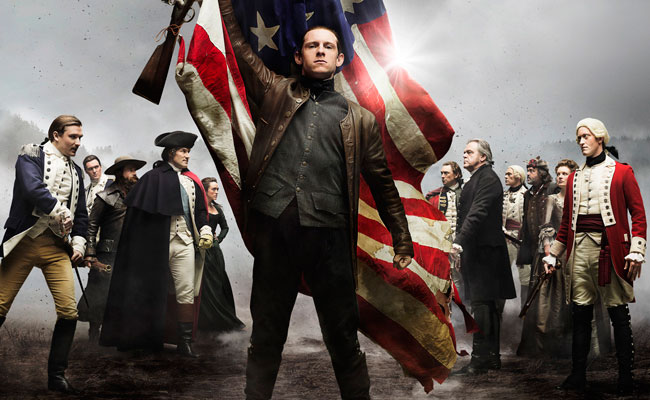 Season four ended the series on the most satisfying finale for this impressive historical series, which saw the redemption of a despised character, Samuel Roukin's John Simcoe - who knew? 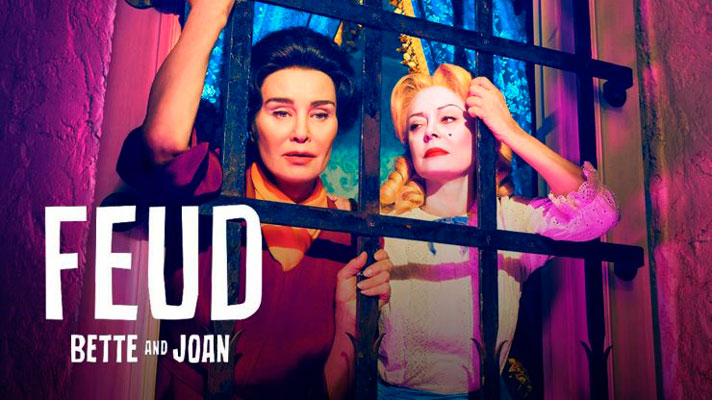 With it’s season finale reaping high praise for Feud: Bette and Joan, FX neatly carves out a top spot for creative take-no-prisoners programming. The eight-part series focused on the clash between two Hollywood heavyweights, Joan Crawford and Bette Davis, during the shooting of their now high camp tour-de-force, What Ever Happened to Baby Jane?  Jessica Lange and Susan Sarandon head an all-star cast as the silver screen legends who dominated Hollywood, despite being consistently low-balled by the studio bosses. 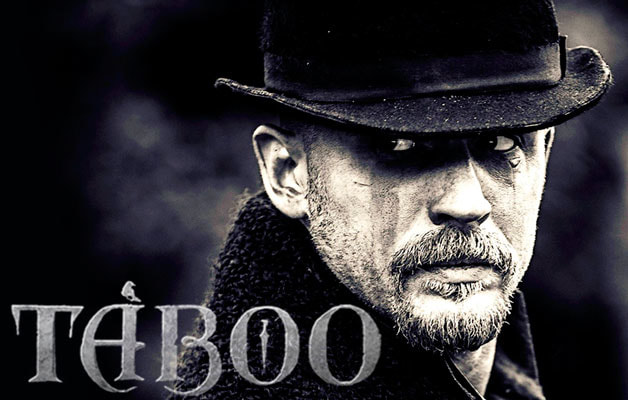 Tom Hardy fans rejoiced with this exhilarating and gritty primetime tv series, featuring a crew of rough and rowdy characters that only the Brits can play to perfection. And did I forget to add that it stars Tom Hardy? ​ 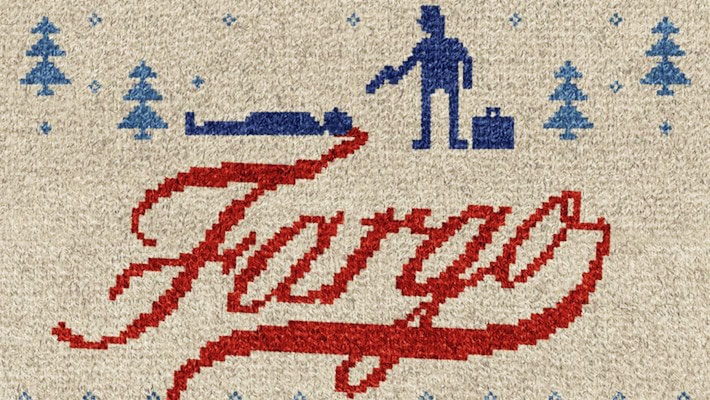 Season three of a FX classic series (based on the film) brought together more murder, mirth and existential dread than little Eden Valley, Minnesota can handle.  David Thewlis went above and beyond the call of terror with his villain, V. M. Varga, and I for one will never eat ice cream without seeing his grim countenance. 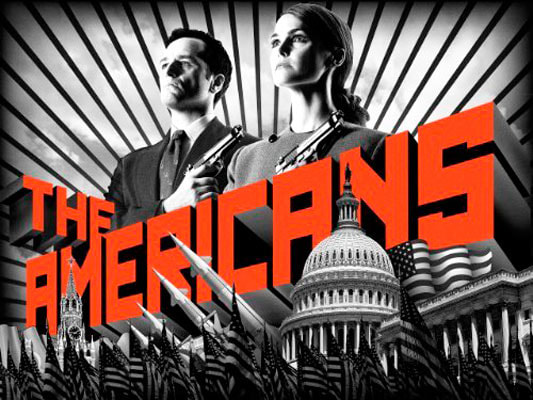 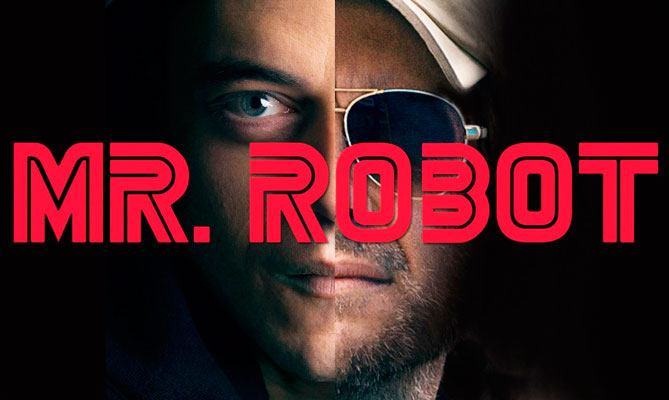 The award-winning Mr. Robot failed to capture much of my interest, due to the long absence of Whiterose and a plot that threatened to fall off a cliff at any moment.  However, Bobby Cannavale's Irving gobbled up every scene he was in and BD Wong's Whiterose finally made my season, so I'm still in for next year.  But please - someone do something about Carly Chalkin's whiney voice!
TELEVISION FAILS: 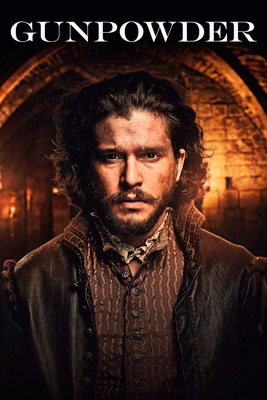 The anticipated limited miniseries GUNPOWDER promised to rope me in with the BCC gift for creating outstanding historical shows.  However, once I heard that Kit Harington was producing this vanity project (he is a descendant of Robert Catesby, a key figure in the failed revolution) I smelled turkey souring in the wind.

​Don't get me wrong, Harington does a fine job as the famed Jon Snow in GAME OF THRONES, but his limited acting range doesn't do this miniseries any favors, regardless of the talented supporting cast.  And writer Ronan Bennett and director J Blakeson share equal responsibility for this deadly dull three-part show.  Their failure to spark any interest lies in focusing solely on the gunpowder plot and virtually none on the principal player's backstories.  No one - not even this passionate Anglophile - wants to be force-fed a heavy meal of religious zeal, torture and violence, followed by a sour dessert of British politics from the early Stuart era. 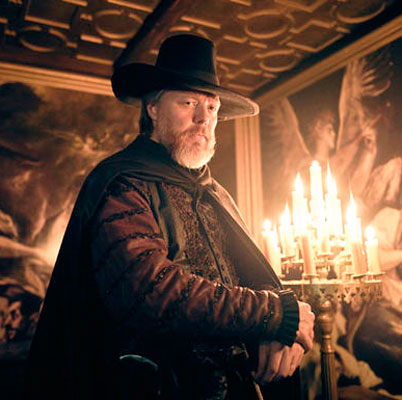 HOWEVER - Shaun Dooley, as Sir William Wade served up a fascinating villain that literally inhaled all the oxygen in every scene he graced.  Kudos to Costume Designer Lisa Bracey for striking just the right balance between historical accuracy with a clean attention to detail.  Mark Gatiss, Liv Tyler and the remaining cast struggled to bring GUNPOWDER to life, but it was already on life support. 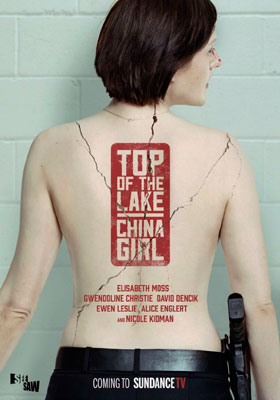 TOP OF THE LAKE: CHINA GIRL

This limited series had everything going for it - a woman-centric cast that included Nicole Kidman, Elizabeth Moss, Gwendoline Christie and Alice Englert, veteran director/writer Jane Campion and a unique mystery.

Unfortunately, political correctness and a very long laundry list helped to sink this promising miniseries after the first episode.  Every male character was a stereotype of every male monster that women have had to struggle against since the beginning of time.  And it seemed as though a Checklist of Victimization was being ticked off:


Cramming a dozen ways of abusing women into a limited miniseries doesn't make for a strong feminist statement, it only robs the audience of an authentic feminist experience that comes from striking just the right balance.

A more disappointing feature of Campion's vision is a total lack of empowerment for every single female character, except Julia's serene lover. We are asked to believe that a rape victim - now a police detective with a gun - is stupid enough to be alone in a room with a sexual predator AND allow him to almost choke her to death (from a wheelchair?!).  Elizabeth Moss plays Robin Griffin, a cop who apparently doesn't know how to file a restraining order against a male coworker and tosses her professional ethics in the sheets as she beds the stepfather of a missing girl.  Add to this the racist assumption that Asian sex workers, who have access to the Internet, can only speak in broken English and willingly accept their imprisonment.

TOP OF THE LAKE: CHINA GIRL fails women by producing a story that gets tangled up in its own gender smugness, and as a woman it becomes painful to watch.  Elizabeth Moss may be a cultural icon, but her performance is one that simply is running on the fumes of a leading character that's best left to the 1970s male gaze.
HOWEVER, the only bright spot in this series is the convoluted triangle between mother Julia (Nicole Kidman), daughter Mary (Alice Englert) and sex profiteer-pimp-boyfriend Alexander (David Dencik).  Fast forward to their entangled scenes of love and lies and you'll be able to see some real character development, pathos and emotional growth. 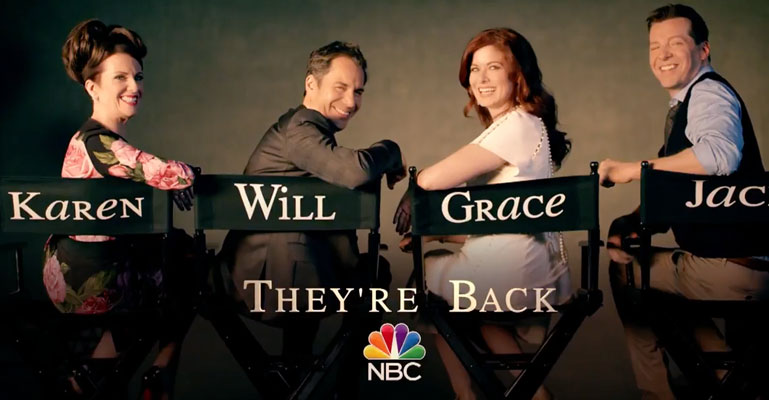 The much ballyhooed return of the hit series meant that I would have to again suffer through Deborah Messing's acting in order to enjoy Sean Hayes and Megan Mullally.  But why does NBC add insult to injury with a laugh track (supposedly from a 'live studio audience'...yawn)?  Thankfully, Rosario died on the show - sight unseen - so we wouldn't have to see an Hispanic servant getting repeatedly put down for the sake of cheap laughs. I'll play Scrooge here and add that the holiday show was pretty tacky - can't the writers think outside the box?  Oh wait, they did - in the late 1990s with the original show...sigh.
COPYRIGHT 2012/2018. Paulette Reynolds.  All CineMata Movie Madness blog articles, reviews, faux interviews, commentary, and the Cine Mata character are under the sole ownership of Paulette Reynolds.  All intellectual and creative rights reserved.