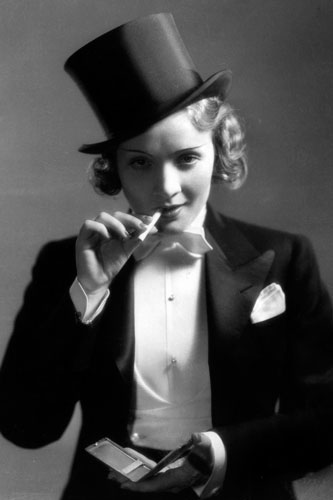 Celebrating the cinematic changing times and attitudes of sexual orientation and gender, here are a few of Cine Mata's very favorite characters - 25 in all - who dared to "go there".
​June 14, 2016 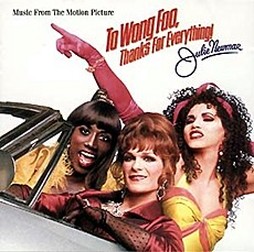 A top favorite for sheer Drag Queen glamour, humor, and gender-bender wisdom. Patrick Swayze is a sparkles as Vida, deftly supported by Snipes as Noxeema and Leguizamo as Chi-Chi.
​
Vida Boheme: “Yes you will start off a mere boy in a dress, but by the time we are done with this crusade your Auntie Vida and your Auntie Noxee will give you the outrageous outlook and indomitable spirit that it will take to make you a full-fledged Drag Queen.” 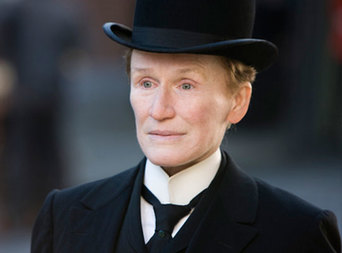 
A heart-breaking film about the sacrifice one 19th century woman makes to be independent in a man’s world.

Dr. Holloran: Why aren't you in fancy dress?

Albert Nobbs: Me sir? But I'm a waiter.
​
Dr. Holloran: Well I'm a doctor. We are both disguised as ourselves. That's a good one, eh? 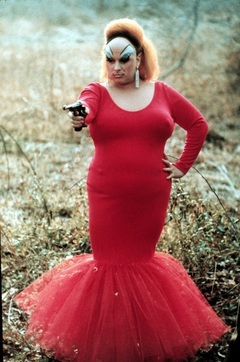 
The undisputed drag queen Divine, the iconic cult filmmaker John Waters and a whole mess of filth and fascinating midnight characters just don’t know when to stop - and you know what?  We don’t want them to!
​
Connie Marble: Well, Miss Sandstone, Miss uh... SANDY Sandstone, you just must have been wrong in your assumptions, weren't you? I mean, surely you've heard the expression 'don't count your chickens'? Well, APPLY IT! I never gave you a final answer on this whole thing, and as far as you believing that you had the job, well I've never even considered that you would be the applicant that we would choose. You don't know enough! I mean, I wish everyone was like you and had never heard of Divine, but unfortunately it just isn't like that. Now if you wouldn't mind, I have a busy day ahead of me, there's really nothing left to discuss.

Babs Johnson: I'm all dressed up and ready to fall in love! 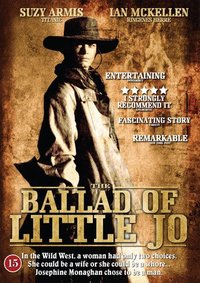 The Ballad of Little Jo


A story of Josephine “Jo” Monaghan, who decides to live a new life in the wild west.  Based on a true story.
​
Shopkeeper: It's against the law to dress improper to your own sex.
​
Little Jo Monaghan: Yes, ma'am. 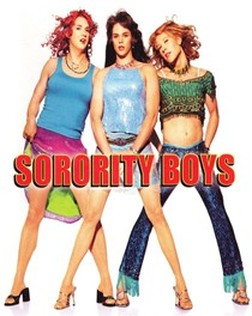 How can this raunchy D-list movie top Tootsie and the Birdcage? Simple – Sorority Boys scratches the surface of this crass and crude flick to reveal a few universal truths – ugly ones, at that – about males and their (mis)treatement of women.

Dave: (Giving Leah a pick-up line) “A woman's face with nature's own hand painted, hast thou, the master-mistress of my passion.”

​Leah: (Responding) “ ‘A woman's gentle heart, but not acquainted, with shifting change, as is false women’s fashion.’ ... Should I get under the table and suck your cock right now?

​Leah: “Please – a few lines of Shakespeare, and you expect a girl to swoon.” 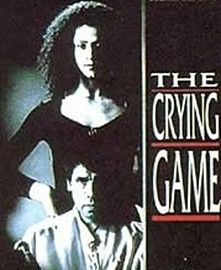 A surprising film, Davidson's Dil and Rea's Fergus are fascinating as a couple who find love has nothing to do with gender.
​
Fergus: "The thing is, Dil, you're not a girl."
​
Dil: "Details, baby. Details." 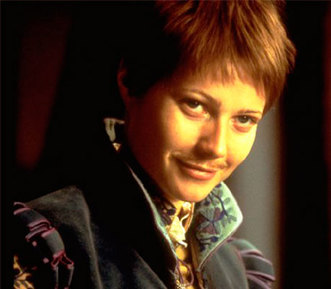 A clever love story, set in London during the late 1500s, involving Shakespeare and a cross-dressing muse.

William Shakespeare: Can you love a fool?

Viola De Lesseps: Can you love a player? 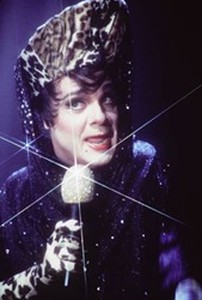 A champagne feel-good movie that hits all the right high notes, called iconic by just about everyone! Nathan Lane as the fussy Albert and Robin Williams as Armand – you really can’t get any better than this for sheer entertainment.

Albert: “Don't give me that tone!”

Albert: “That sarcastic contemptuous tone that means you know everything because you're a man, and I know nothing because I'm a woman.” 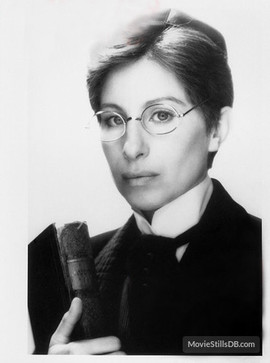 A young Jewish woman fulfills her dream of going to a religious school - the only stumbling block is that it’s for men only.

Bookseller: You're in the wrong place, storybooks for women are over here.

Yentl: [holding a book] I'd like this one, please.

Bookseller: [takes the book away] Sacred books are for men.

Bookseller: It's the law.

Bookseller: It doesn't matter where it's written, it's the law.

Yentl: Well if it's the law it must be written somewhere, perhaps in here
[the book]
​
Yentl:  I'll take it. 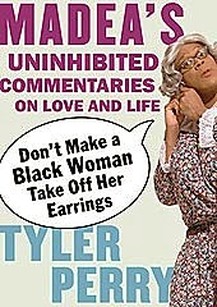 Tyler Perry’s now-famous franchise wrapped in a morality play surrounded by comedy is simply great, no matter what movie is your favorite – “Madea Goes to Jail”, “Madea’s Family Reunion” I, II, or III, or “Diary of a Mad Black Woman”. 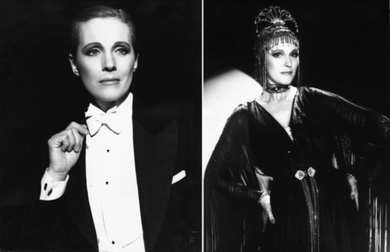 A story of a woman who dresses as a man to get a job as a woman.  Simple, really.

King Marchand: I just find it hard to believe that you're a man.

Victoria: Because you found me attractive as a woman?

King Marchand: Yes, as a matter of fact.

King Marchand: Not to me.

Victoria: Just proves the old adage: "There's a first time for everything."

King Marchand: I don't think so.

Victoria: But you're not a hundred per cent sure?

King Marchand: Practically.
​
Victoria: Ah, but to a man like you, someone who believes he could never, under any circumstances find another man attractive, the margin between "practically" and "for sure" must be as wide as the Grand Canyon. 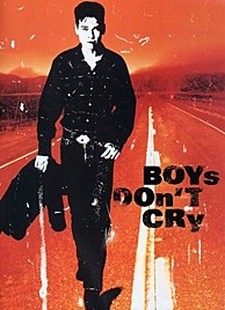 Hillary Swank took home an Oscar for her searing portrayal of Brandon Teena, a transsexual man fatally trapped by a small town's constricted views in this fact-based award-winning film.
​
Lana: “Shut up, that's your business. I don't care if you are half monkey or half ape, I'm gettin' you out of here!” 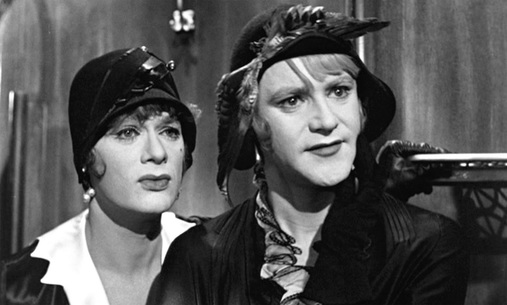 Two musicians run from the mob and discover their inner female along the way.

Jerry: Have I got things to tell you!

Joe: Congratulations. Who's the lucky girl?
​
Jerry: I am! 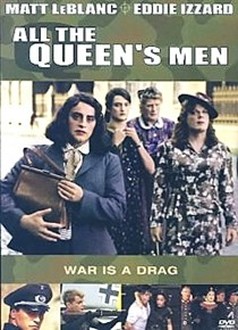 All the Queen's Men


Eddie Izzard steals the show as Tony, in this WWII comedy about winning the war – on all fronts.
​
Tony Parker: "Well, actually, I'm a bisexual lesbian in a man's body... but it's more complicated than that.” 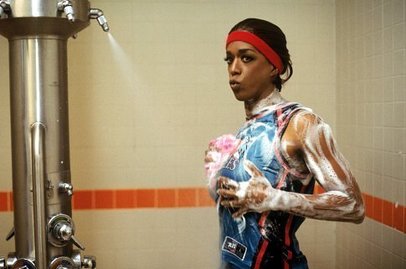 An arrogant, sexist and unemployable basketball star cross-dresses his way to redemption.

Lorne Daniels: This is crazy. No one is gonna believe you're a woman!

Lorne Daniels: All right. This is blackmail. 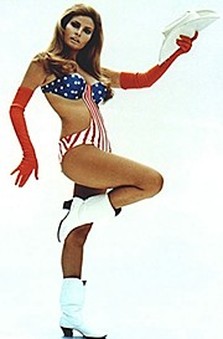 The film that started it all!  Gore Vidal’s gender-bending novel gets the Hollywood treatment – complete with a shuddering view of Mae West in her state of decline (not recline!).
​
Myra: “I am Myra Breckinridge, whom no man will ever possess. The new woman whose astonishing history started with a surgeon's scalpel, and will end... who-knows-where. Just as Eve was born from Adam's rib, so Myron died to give birth to Myra. Did Myron take his own life, you will ask? Yes, and no, is my answer. Beyond that, my lips are sealed. Let it suffice for me to say that Myron is... with me, and that I am the fulfillment of all his dreams. Who is Myra Breckinridge? What is she? Myra Breckinridge is a dish, and don't you ever forget it, you motherfuckers - as the children say nowadays.” 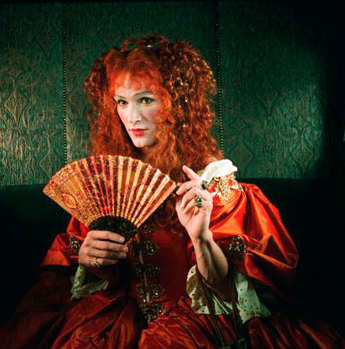 The play’s the thing, and in a world where only men can play the women’s roles - confusion will reign!

Ned Kynaston: Do you know the Five Positions of Feminine Subjugation?

Ned Kynaston: The Five Positions of Feminine Subjugation. No? Perhaps you're more acquainted with the Pose of Tragic Acceptance. Or the Demeanor of Awe and Terror.

Ned Kynaston: How about the Supplicant's Clasp or the Attitude of Prostrate Grief?

Ned Kynaston: Ah, well now, there's a feminine gesture. You seem to have managed the Stamp of Girlish Petulance.

Ned Kynaston: I have worked half my life to do what I do. Fourteen boys crammed in a cellar... Do you know when I was in training for this profession, I was not permitted to wear a woman's dress for three long years, I was not permitted to wear a wig for four - not until I had proved that I had eliminated every masculine gesture, every masculine intonation from my very being. What teacher did you learn from? What cellar was your home?
​
Maria: I had no teacher, nor such a classroom. But then, I had less need of training. 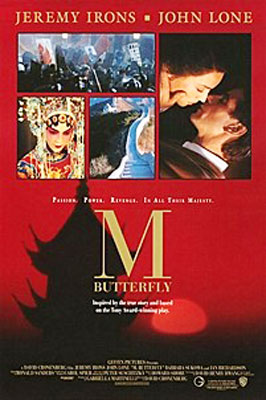 
A tranny take on the classic opera tragedy, Madame Butterfly. John Lone steals the show with his gentle yet assertive Song to Jeremy Irons stodgy Rene.
​

Rene Gallimard: “You made me see the beauty of the story, of her death. It's, it's pure sacrifice. He's not worthy of it, but what can she do? She loves him so much. It's very beautiful.”

Rene Gallimard: “I beg your pardon?”
​
Song Liling: “It's one of your favorite fantasies, isn't it? The submissive Oriental woman and the cruel white man.” 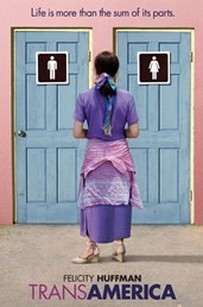 Felicity Huffman’s Oscar-nominated role of Bree, a transsexual woman attempting to bridge the generational and gender gap with her son.

Bree Osbourne: “My body may be a work-in-progress, but there is nothing wrong with my soul.” 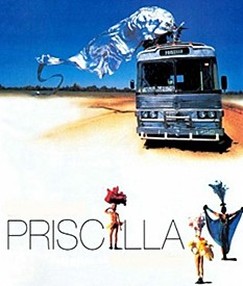 The Adventures of Priscilla, Queen of the Desert


Bernadette: [to Felicia] I've said it before, and I'll say it again: "No more fucking ABBA!" 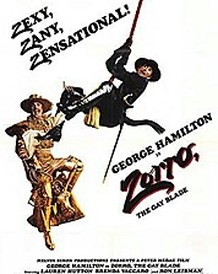 
Charlotte Taylor-Wilson: "How can there be two of you?"
​
Zorro: "You always said when the revolution came, there would be more for everyone." 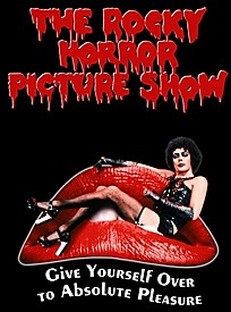 An pair of innocent lovers get stuck in one strange hotel in this cult musical.

Janet: Brad, please, let's get out of here!

Brad: For Godssakes, keep a grip on it, Janet.

Janet: But it seems so unhealthy here.

Brad: It's just a party, Janet.

Brad: Well, we can't go back to the car unless we get to a phone.

Janet: Well, ask the butler or someone!

Brad: Just a moment, Janet. We don't want to interfere with their celebration.

Janet: This isn't the Junior Chamber of Commerce, Brad! 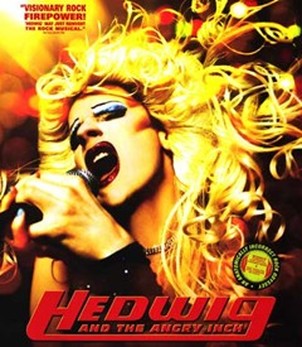 Hedwig and the Angry Inch

A wig-happy transsexual looks for love and fame in all the wrong places.

Hedwig: One day in the late mid-eighties, I was in my early late-twenties. I had just been dismissed from University after delivering a brilliant lecture on the aggressive influence of German philosophy on rock 'n' roll entitled, 'You, Kant, Always Get What You Want.' At 26, my academic career was over, I had never kissed a boy, and I was still sleeping with mom. Such were the thoughts flooding my tiny head on the day that I was sunning myself... in an old bomb crater I had discovered near the Wall. I am naked, face down, on a broken piece of church, inhaling a fragrant westerly breeze. [sees the golden arches of a McDonald's sign over the wall] My God, I deserve a break today. 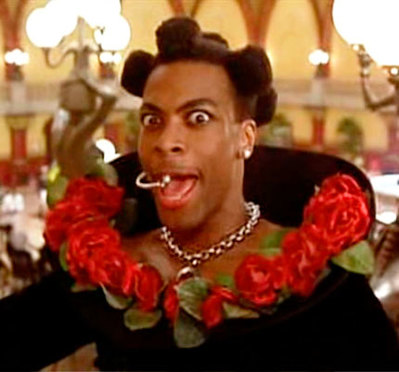 A guy, a Goddess-in-training and a bad guy race against time in this sci-fi thriller that boasts Chris Tucker as one unforgettable TV host.  Oprah, move over!

DJ Ruby Rhod: Korben sweetheart, what was that? It was BAD! It had no fire, no energy, no nothing! Y'know I got a Show to run here, and it must pop POP POP! So tomorrow from 5 to 7 will you PLEASE act like you have more than a two word vocabulary. It must be green, okay?

Korben Dallas: Can I talk to you for a second?
[Throws Ruby up against a wall]

Korben Dallas: I didn't come here to play Pumbaa on the radio. So tomorrow from 5 to 7 your gonna give yourself a hand, You green?
​
DJ Ruby Rhod: [Strangling Voice] Supergreen. 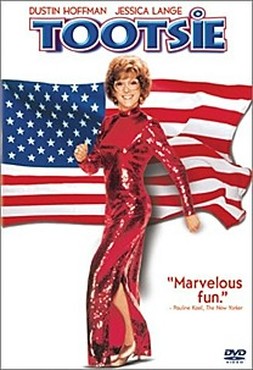 ​A classic tale about a boy who gets a part in a TV soap by dressing as a woman, boy falls in love with girl, girl sets up boy with her father… Dustin Hoffman’s Michael and Jessica Lange’s Julie bond amid backstage chaos and real-life confusion to the delight of all.
​

Michael Dorsey: “You should have seen the look on her face when she thought I was a lesbian.”