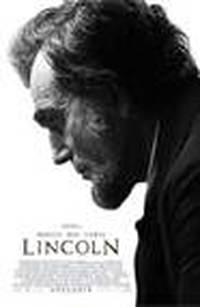 Lincoln is Steven Spielberg’s latest over-cooked historical epic about one of the most iconic figures in American history, Abraham Lincoln. How to create a cinematic experience that does honor to the image and the man? Perhaps the wisest move is to snag the only possible choice for the role, namely two-time Academy Award winner, Daniel Day-Lewis.

Reams continue to be written regarding Mr. Lewis’s award-winning profound and nuanced performance. Yes, OHLand knew – even before the first day of shooting – that his methodical approach would net him another Oscar nod. Watching Lewis as Lincoln is a effortless act on the part of the audience. I was just as in awe of the image and the man I was viewing on the screen.

The problem arises about one hour into the film. I begin to twitch and shift uncomfortably, noting that I’m repeatedly checking my phone for the time. Sally Fields struggles to strike the right chord of familiar hysteria as Mary Todd Lincoln, yet  Oscar again brings Ms. Fields another nomination – no surprise here.

The unwieldy cast of notable actors does little to shorten the angst of this viewer as I struggle to stay awake – a first for me – and it’s annoying to have to admit it. After all – the performances are perfect. The costumes, musical score, and screenplay are exceptional. Just exactly what is the problem?

The fault lies, dear reader, not in the stars, but in the director’s handling of the subject matter, to the point that Lincoln becomes one terribly long and boring movie, save for the central character himself. At 150 minutes, Lincoln is 30 minutes too long. Clearly the editor, Michael Kahn, was just as enamored of his work as was Spielberg. One minor scene between Lincoln and his oldest son appeared contrived for dramatic effect, something that wasn’t necessary, given all the high drama already at play. Another minor scene, involving two black soldiers talking to Lincoln, smacked of such modern political sensibilities that the cinematic moment  is robbed of its power.

Yet, what really undercuts Lincoln is the heavy-handed treatment of what was a pivotal moment in our political development as a nation. Spielberg treats Lincoln and the topic of slavery as an exalted hymn to liberal sensibilities, fit for the History Channel.  It’s too replete with ponderous political statements and smug speeches that come across as high-brow lectures for the common man.

One historical moment sorely missing is the recounting of a prophetic dream, in which Lincoln – 10 days before his assignation – dreamed of his own death. Why the director chose to focus on a small dream of Lincoln’s at the beginning of the movie, and not bookend it with this twist of fate is anyone’s guess.

By the end of Lincoln, I had that deja vu feeling of living through this happening before. And then it struck me – of course! I walked out of the theatre, just as I had in high school, glad that my history lesson was finally over.