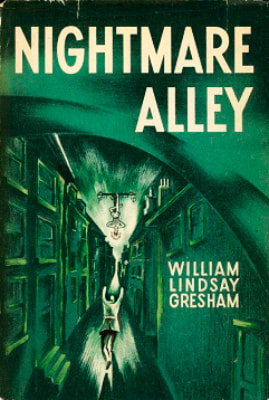 "No Address. No Phone. No Business. No Money. Retired.”

On September 14, 1962, business cards were found on the body of William Lindsay Gresham, author of Nightmare Alley. His best selling book, published in 1946, became the gold standard in noir literature.  But at 53 he committed suicide, leaving behind these cryptic words, meant to describe his current state of mind. * 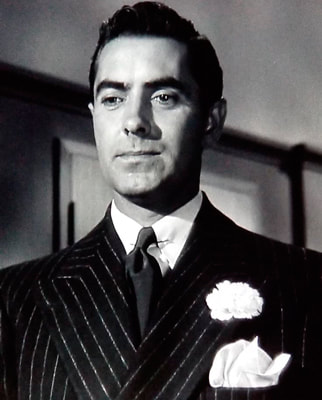 His famous book is a cautionary tale about what happens to a selfish con man not content to be a little fish in a tiny pond.  The 1947 film noir starred pretty boy Tyrone Power, Joan Blondell, Coleen Gray and Helen Walker and transported the bleak existential tone of the novel seamlessly to the silver screen. 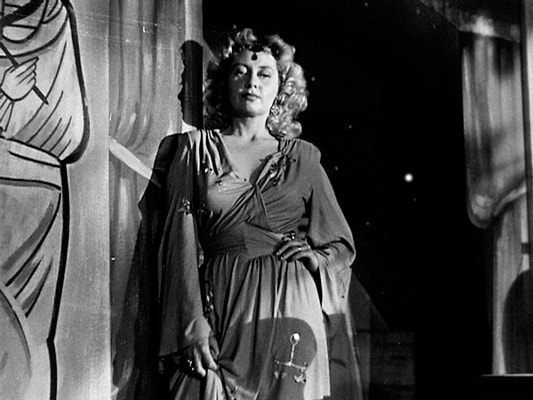 Tyrone Power displays a lot of energy and gusto in his role as Stan the carnival barker, hungry for the big-time, in a role that surprised Hollywood contemporaries.  Not content to waste any time, he educates himself on the short con spiritualist racket with the help of fellow carny Zeena, and they partner up after her husband accidentally dies from wood alcohol poisoning. 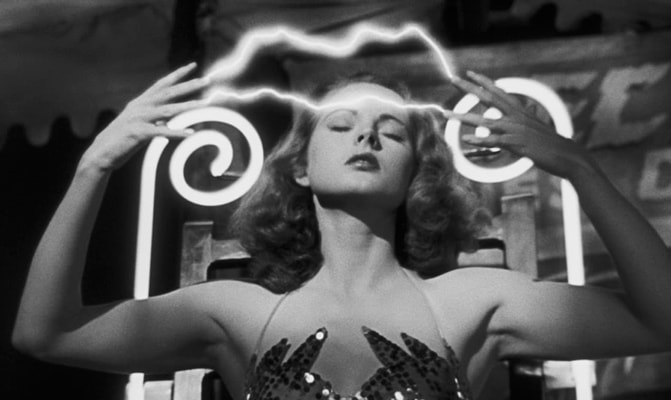 Their act is just taking off when Stan, restless for a bigger slice of the pie,  convinces Molly the Electric Girl, to leave the carnival - but not before they’re forced into a shot-gun wedding by the other carnies. They travel to the Windy City, hoping that a new act will propel them into success. 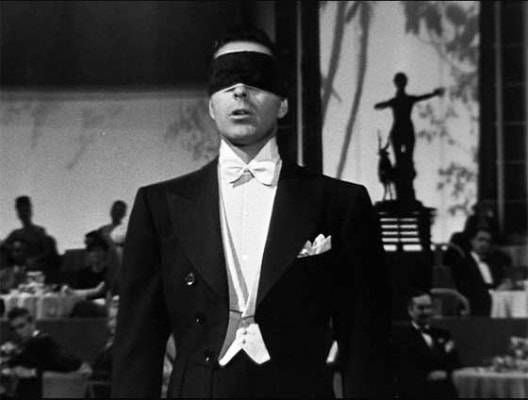 And what a success!  Now billed as “The Great Stanton”, he and Molly work the high-end nightclubs with a special code that Zeena taught him.  They perform to  packed houses, nightly enthralling their audiences with Stan’s psychic ability, until psychologist - and femme fatale - Lilith Ritter arrives onto the scene. 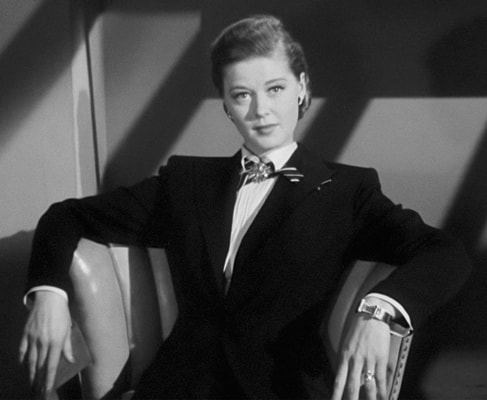 The mood of the story abruptly shifts into high gear as Lilith (a dark goddess of unbridled passions) leads him further astray with an ambitious long con game of her own. 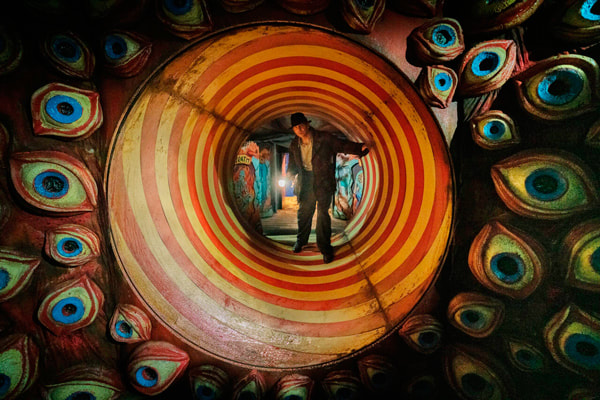 Flash forward to 2021, and the reimagined Neo-noir version of Nightmare Alley, directed by Guillermo del Toro, starring Bradley Cooper, Toni Colette, Rooney Mara, Cate Blanchett, David Strathairn, and Willem Dafoe. Like an ambitious fraternal twin, this version tries to amp up the noir elements with a new backstory for Stan and a smug, melodramatic ending.
Shot in layers of smokey color, Nightmare Alley 2021 takes the viewer down a path that’s familiar to all noir fans, with some wonderful moments, too.  The first half of the story effortlessly ensnares us with carnival characters that are more lovingly drawn than the 1947 original. Toni Colette and David Strathairn play Zeena and Pete, now elevated into Stanton’s surrogate parents. And while their public act is phony, their psychic gifts are all too real. Molly is a contented woman, enjoying her carnival family, books and chocolate. 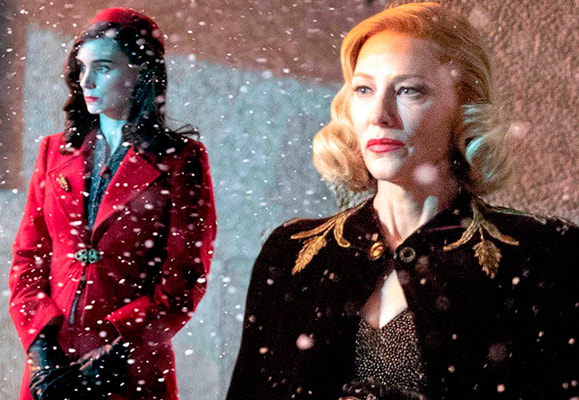 However, once it strays from the carnival-as-family milieu the film loses most of its power, getting lost in the Big City circus, which serves as the epicenter of empty souls. Running for a bloated two and a half hours, Del Toro's vision - and our hero - gets lost amid the wide expanse of interior design features and pale rich people looking for a thrill. 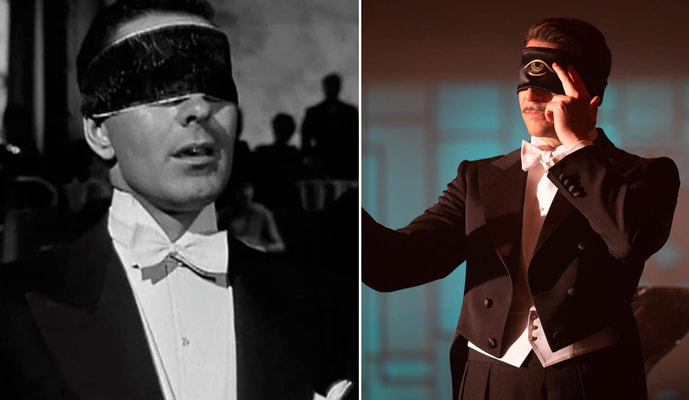 According to the backstory, Cooper and del Toro symbiotic bonded as “actor and director” during the film's inception.  Predictably, Ego got in the way of Bradley's performance and Del toro's execution while they got high on their mutual admiration moment. 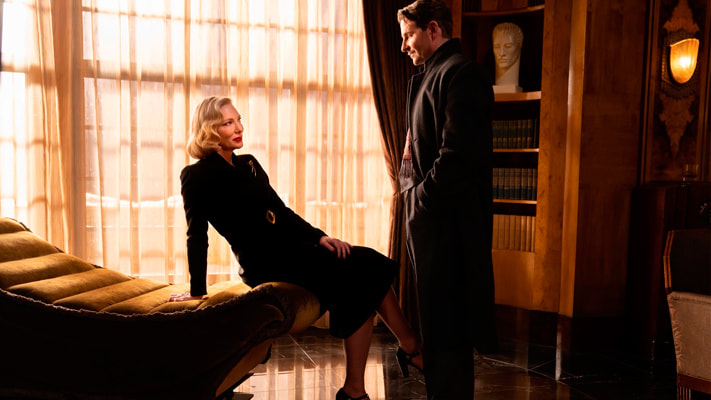 Cate Blanchett’s Lilith - in a performance I was so looking forward to - fails to be a convincing spider woman, simply because she’s taking herself so very seriously as a noir trope.  The scenes between Cooper and Blanchett feel forced, as they self-consciously circle one another, delivering dialogue weighed down by its own idea of historical importance. Why are they trying so hard to impress?
Nominated for an Academy Award, production designer Tamara Deverell well deserves it. She uses a wide canvas to show us how space can mirror the people who inhabit it. The contrast between the claustrophobic carnival milieu is a warm fuzzy hug, against the cold empty spaces of modern art and marble. 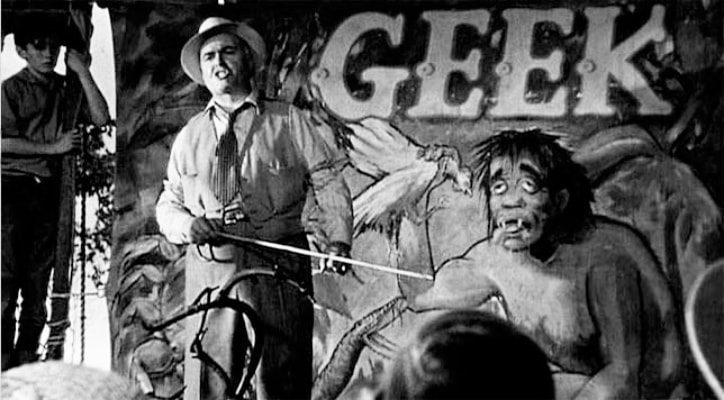 While many will focus - as del Toro and Company did - on the geek aesthetic and its inevitable punchline, let the original book be your guide into William Lindsay Gresham’s hollow and despairing psyche.
* ​https://en.wikipedia.org/wiki/William_Lindsay_Gresham
COPYRIGHT 2012/2022. Paulette Reynolds.  All CineMata Movie Madness blog articles, reviews, faux interviews, commentary, and the Cine Mata character are under the sole ownership of Paulette Reynolds.  All intellectual and creative rights reserved.