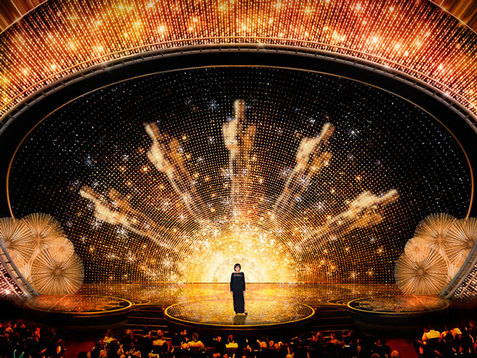 Oscar 2016 fans were promised a real Hollywood show this year, if only we would watch. But the problem is Hollywood is run by liberals and they want us to embrace their world view, warts and all.  We get it Hollywood - after the spirit-crushing era of Hollywood's conservative wing controlling the Academy and filmmaking, the liberal branch is finally running the show.  But what's changed for diehard fans?

In terms of the Oscar show, beloved by millions for over eight decades, quite a lot:  Audience viewership continues in free-fall, despite the addition of cutting-edge (male) comic hosts, younger nominees, and even more diverse presenters.  The painfully long musical numbers have mercifully amputated a limb or two and are actually the highlight of the show.  Academy members and its global audience no longer have to sit through yawn-inducing Honorary Oscar speeches.  Viewers are treated to guest spots - and speeches - from the Vice President and First Lady.  And yes, the Academy of Arts and Sciences finally has a woman of color for a president. 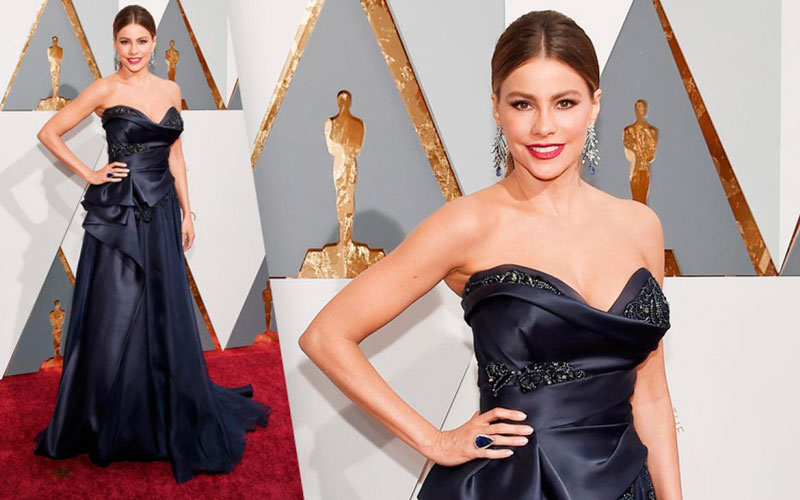 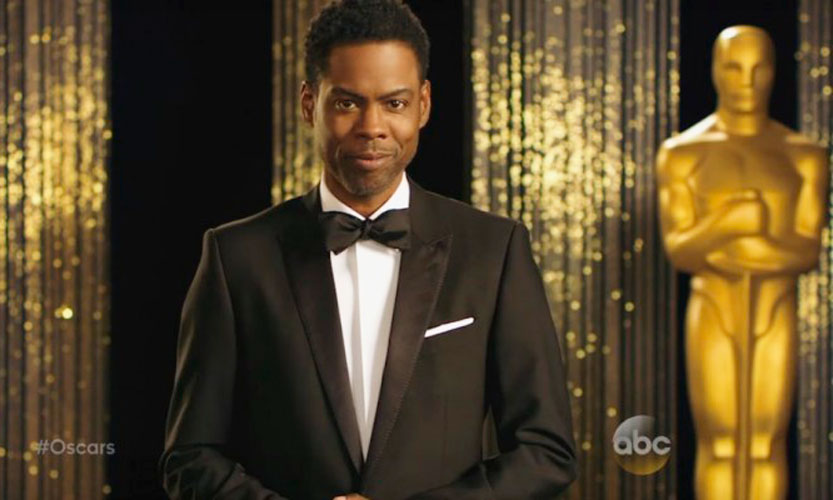 But Hollywood's limousine liberals just can't allow us to enjoy their new-found freedom.  When they decided to turn over the Motion Picture Association (MPAA) to former Democratic Senator Chris Dodd, the Oscar show responded by adding political content to the annual program.  Oh sure, stars have used their Oscar moment to denounce war and racial injustice since the mid '60s.  Oscar lovers could always count on a Marlon Brando or Jane Fonda to make a wonderfully spontaneous and personal speech to liven things up.  Now however, fervent messages (bordering on boring) about climate change, bashing conservative political candidates and Wall Street corruption are delivered with mind-numbing frequency by host, presenters and winners alike. ​
The calculated nature of this now-standard Oscar tradition serves to highlight the old adage that the more things change, the more they're determined to stay the same.  Assigning a controversial comedian like Chris Rock to host the Oscars didn't do much the first time he accepted the thankless task in 2005.  So of course when the #OscarsSoWhite social media movement began, the Academy tapped him for another session of agony.  After all, what signals diversity more than an angry black comic, arriving to save Oscar's tarnished reputation?  Even Harvey Weinstein gleefully tweeted that Chris Rock would "annihilate the Oscars", as though Hollywood's entertainment industry would finally face justice for the Academy's history of racism, and at the hands of its black knight!

What Chris Rock brought to the 88th Academy Awards was almost four hours of masochism for both the guests and Oscar's shrinking world-wide fan base.  I have no sympathy for the former but a lot more empathy for the latter.  And Hollywood's performing class appears to love being punished for their imaginary White Guilt.  But one thing Rock was right in observing - this was the whitest Oscar audience ever. ​ 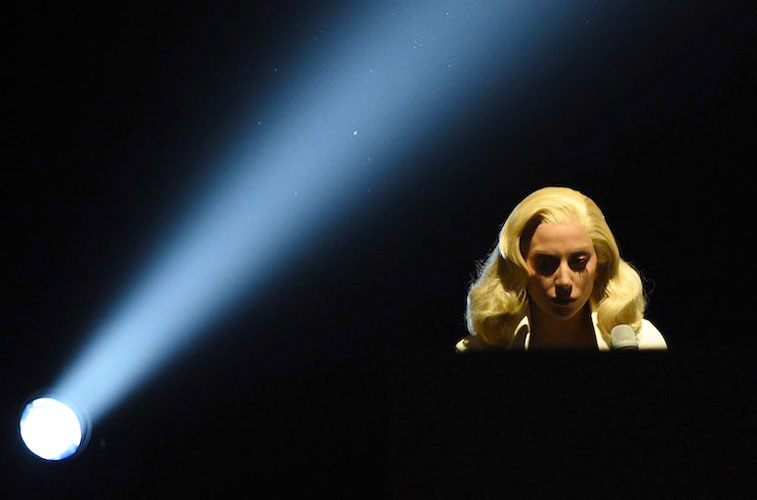 The boycott that Jada Pinkett-Smith called for after the nominees were announced definitely emptied seats for most high-profile stars of every hue, as the only people of color were the ones presenting on stage.  Talk about a whiter shade of pale!  But the host and presenters kept up a steady flow of cringe-worthy politically correct dialogue.  Verbal attacks against some of the more famous dissenting black voices were designed to deflect the Academy's guilt back onto the Hollywood creative white community - and they lapped it up.

Much will be written about Chris Rock's tour of hosting, no doubt with high praise being heaped on the comic genius for 'telling it like it is'.  But Christian Grey doesn't know sadism until he sits through an #OscarsSoWhite performance:  Rock's skill quickly degenerated after the first five minutes of his opening monologue.  Oscar fans were treated to a Girl Scout Cookie sale after half-time (is there no respite?).  So viewers were punished into watching millionaires collectively raise a paltry $63,000 for the organization.  (Rock's daughters, however, failed to appear, even though daddy promoted them as the leaders of this essential food drive.). Conservative Stacy Dash, now famous for bashing BET and Black History Month, was trotted out to everyone's bewiderment during some bizarre skit.  The audience was powerless to resist, as they were firmly constrained to their seats. 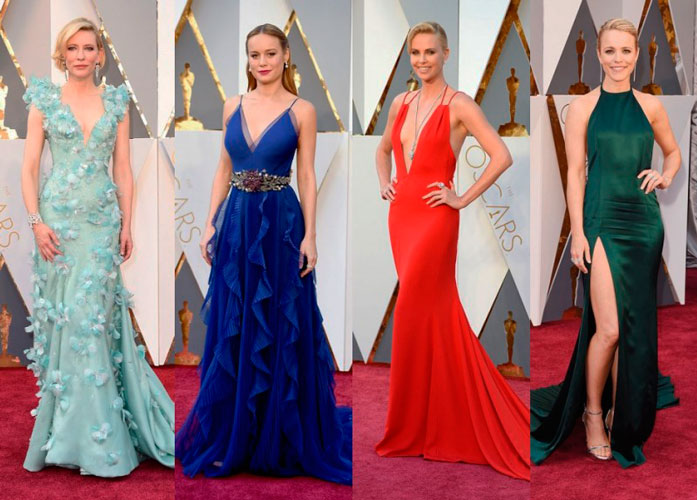 In between bitter jokes about blacks being hanged and a sloppily edited 'In Memoriam' segment, (which left out the late Abe Vigoda), Oscar devotees were treated to a Straight Outta Compton skit that only reinforced racial stereotypes.  Perhaps Chris could have followed up with the point that different cultures have different cinematic perferences? But no, anything to increase the painful experience of watching the sinking - and stinking - show.

The only minority winner was Mexican Alejandro G. Inarritu, who won for Best Director, making this his second back-to-back win.  It was a hollow victory, since it only underscored the systemic discrimination against female directors still clinging to life in Hollywood.  The studios' refusal to green light women directors for large film projects reaffirms that the Hollywood Boy's Club still welds the power in Tinsel Town, despite their soft-core language of inclusiveness.  And regardless of having a woman in charge, the failure of the Academy to even address the constant lack of female nominees in this category hints that Ms. Boone may be little more than a Hollywood country club servant herself. 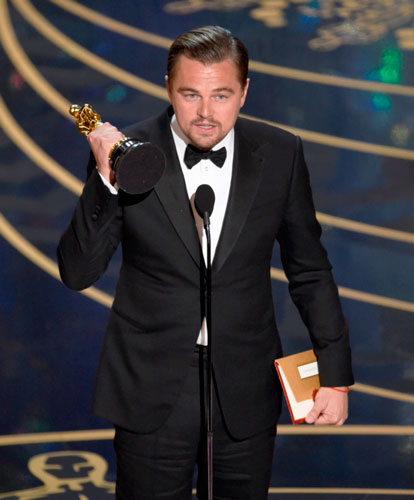 The #OscarsSoWhite protest may have raised the issue again, like a fresh welt during a dungeon episode, but what it really did was to further segregate and divide the Hollywood community into four distinct groups of White, Black, Other and oh yes - Women Directors.  The frequent reference to "black stars", "lack of inclusion for black actors", etc. reinforced the false notion by the mass media, that the only artists being excluded were black.

Some of the evening's luminaries struggled to include all of the disparaged groups in their speeches, but even Best Director winner Inarritu was bum-rushed by the orchestra's urgent musical notes.  Leo didn't have to hurry through his Oscar speech though, because he knew the safe word, which is "climate change", and so approved by the liberal Academy honchos.

Academy President Cheryl Boone Isaacs came onstage to assure the world that vital changes were being made to guarantee a more diverse Oscar experience in the near future.  But the Academy seems blissfully unaware that the voting guidelines for nominees is so convoluted that the membership needs a safe word for some measure of relief.  And it's pretty clear they were originally put in place to discourage most of the membership from participating at all.  Increasing the number of members, restricting most non-industry 'guest' memberships and expanding the number of nominee slots in every category might ease the Academy's suffering, too.

But if their cosmetic "change" of axing veteran Academy members off the membership list is any indication of the changes to come, Oscar is in for more of the same torture in 2017.
Paulette Reynolds:
​
@PG13Reynolds
@CinesMovieBlog