My Pandemic Marathon Diaries :
Japanese/Korean Thrillers, Jail House Blues, Time Travel, and a Bionic Cop
by Paulette Reynolds * July 25, 2020
Where were you when you heard about the CoronaVirus lockdown?  For me, it was at my favorite place - right in front of my big screen television.  So for the last four and a half months I've been feeling no pain, thanks to TCM, cable and Netflix programming.

Netflix has a wide selection of Korean series - mysteries, thrillers, dark comedies, historical dramas, and romantic comedies - and here are my snapshots of my current favorites. 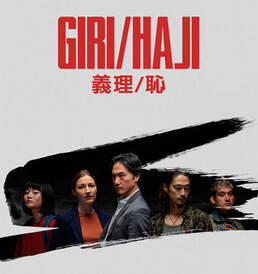 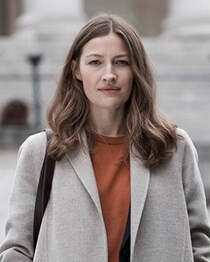 East collides with West in Giri / Haji (Duty/Shame), a fast-paced Neo-noir thriller, boasting a cultural blended cast of Japanese, American and British actors in a BAFTA nominated detective tale sure to set your heart racing.  The action is split between the mean streets of London and Toyko, where Detective Kenzo Mori must traverse both underworlds to find his missing brother, Yuto.  He reluctantly gets help from a British detective, Sarah (who longs to see real action) and a gay street boy Rodney. 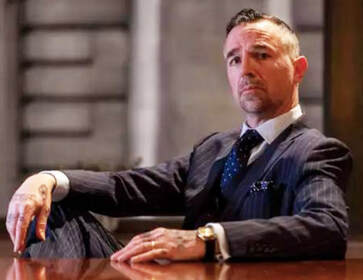 But Justin Long, as bored motor-mouthed loner Ellis, philosophizing gangster Connor (Charlie Creed-Miles) and his deadly silent assassin, Donna (Sophie Brown) inhale all the oxygen out of this offbeat production.

Giri/Haji is really a sign of things to come for international tv programming, and shouldn’t be confused with the scrambled casting in heist films.  It’s strength lies in focusing on how two cultures (British/Asian) and their diverse environments clash and cope under pressure.

Warning:  Giri/Haji's ending suddenly brings it down a notch with an "interpretative" rooftop moment.  If it gets too much, just hit the fast-forward button. ​

Prison Playbook is a Korean tv series, and while it may not be as vicious, it's every bit as engrossing. The diversity of characters and situations, ranging from heart-warming to violent, provides plenty of dramatic moments.  But what holds this series together is a strong thread of comedy, which is an unexpected treasure among this large ensemble cast. ​
The story centers around Kim Je-Hyeok, a popular Korean baseball player, and as everyone knows, Koreans LOVE their baseball with just as much passion as Americans.  Incarcerated for putting a would-be rapist of his sister in a coma, he now has to cool his heels for the next year.  This would be easy if our hero was tough and street-smart, but Je-Hyeok is a quiet, thoughtful person who has two character flaws:  he's a bit slow when it comes to reacting and he has a short fuse when he does.  He's not called 'psycho' by his closest friend for nothing.

Luckily, that friend, Lee Joon-Ho, is a prison guard at the penitentiary, and with the help of a star-struck warden he's able to navigate the rigors of the big house.  His five cell mates keep him on his toes as they deal with personal dramas of their own:  Kim Min-Cheol, the tough but tender cell boss; an obsessive Mr. Gobaksa, taking the rap for a big company; Kaiseuteu, the prison's cigarette smuggler; Captain Yoo, the "demon sergeant"; and a sharp tongued gay druggie, Too Han-Yang. ​ 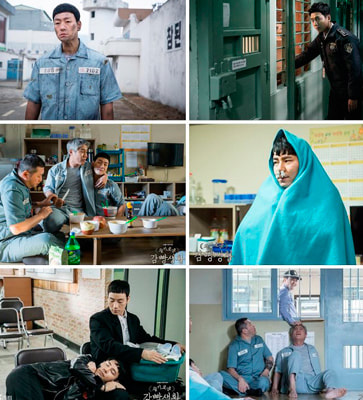 Along the way Je-Hyeok must deal with his share of corrupt prison guards, jailhouse thugs and pressures from his family and girl friend, but like our hero, we'll see him through to the final episode. 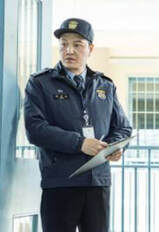 Korean tv creators excel at crafting small memorable moments in these big ensemble casts, so enjoy the results.  I can promise you that Prison Playbook will steal your heart - especially after the homage to Shawshank Redemption. 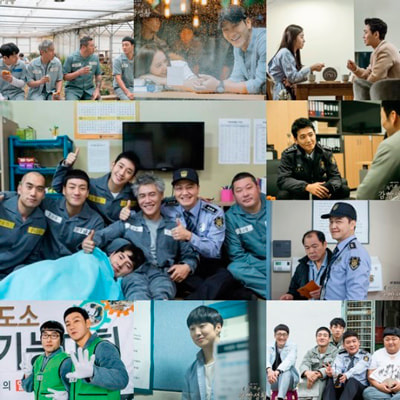 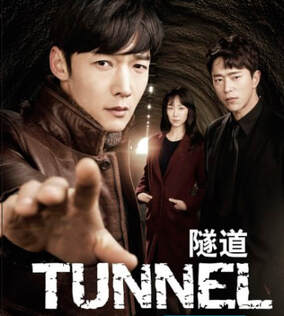 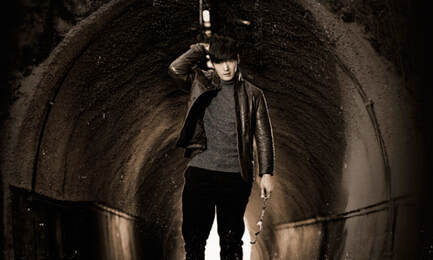 Korea's love for science-fiction translate into some very memorable themes involving time-travel.  A medical-based show like Live Up to Your Name has been replaced by my newest favorite, mystery thriller Tunnel. ​

Tunnel features Park Gwang-Ho as a 2017 time-jumping cop searching for a serial killer, who mystifies his co-workers and gives his boss a daily headache (because his boss, Jeon Sung-Sik, was his newbie partner in 1986).  He's desperate to get back to his wife and child, but a second copy-cat killer impacts his returning schedule.
As with every Korean police procedural, there's plenty of humor and it's easy to bond with a special character - however, an unsettling aspect of Tunnel is the repetitious imagery of female victims being strangled - over and over and over yet again.  There's something almost pornographic about these scenes; and I wonder if the producers wanted this as a replacement for the lack of sexual content missing from Korean television programming.  So please keep the remote handy to fast-forward these gruesome images. 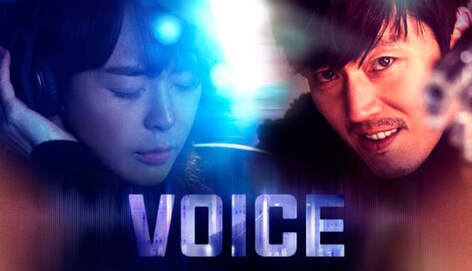 Starring Lee Ha-Na/Kang Kwon-Joo, Jang Hyuk/Moo Jin-Hyuk, Baek Sung-Hyun/Sim Dae-Sik, Son Eun-Seo/Park Eun-Soo, Lee Hae-Young/Jang Kyung-Hak, Kim Jae-Wook/Mo Tae-Goo
A rich psycho killer (is there ever any other kind?) plays cat and mouse with a team of cops, lead by a woman with super sensitive hearing and a top detective called Crazy Dog.  The action jumps off at a call center, where police rely on CCTV and sharp telephone work to quickly solve local crimes around the city.  As Kang uses her skill Crazy Dog and his team save the day, only to be bombarded by more chaos that brings them into conflict with the big brass.
Voice stands out because of the strong female performance by Lee Ha-Na, in the title role of fiercely outspoken team captain Kang Kwon-Joo.  She seems obvious to the outbursts of her male superiors, taunts by a killer and antics of Crazy Dog.  It’s refreshing to see an empowered Asian woman taking charge amid a sea of males. 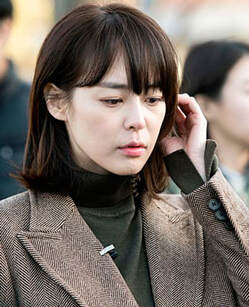 I'm also a fan of Hang Hyuk, who plays Crazy Dog, the cop psychologically tortured by the very same killer who murdered his wife.  In Voice he hits all the high dramatic notes and easily steals the show.  Also, catch his performance in the historical drama, My Country: The New Age, which is also on Netflix.
COPYRIGHT 2012/2020. Paulette Reynolds.  All CineMata Movie Madness blog articles, reviews, faux interviews, commentary, and the Cine Mata character are under the sole ownership of Paulette Reynolds.  All intellectual and creative rights reserved.