by Paulette Reynolds
​September 27, 2016
“I can’t thank you enough for this intelligent and very well researched piece that I’m proud to be a part of.”

BD Wong, on #Whiterose: Identity, Secrecy and BD Wong
​                                                via Twitter, September 29, 2016
The white rose carries many meanings within its petals: Hope, new beginnings, secrecy and pure love, to name a few.  And while actor BD Wong currently plays #Whiterose on the USA Network's Mr. Robot, one can't help but draw a line straight to the photograph of actress Anna May Wong and her white rose.  Her carefully controlled stare gazes back at us, with the flower hinting that this picture is indeed worth a thousand words, plus a few questions.  BD Wong's #Whiterose is no less an enigma, wrapped in layers of micro-managed codes.  Yet these two exceptional actors each shared a common experience, decades apart, that forge a bond borne of a determination to define their own identity.
When Wong Liu Tsong - star of stage, screen, television and radio - made her famous quote more than 75 years ago, she was referring to the Hollywood practice of assigning Asian roles - specifically East/South East Asian characters - to anyone other than the artists most qualified.

And Ms. Tsong - or mega-star Anna May Wong - would know.  She worked on both sides of the Atlantic Ocean and experienced the racial discrimination of studio heads and censorship codes, at a time when there were no professional organizations or labor laws to protect working actors. 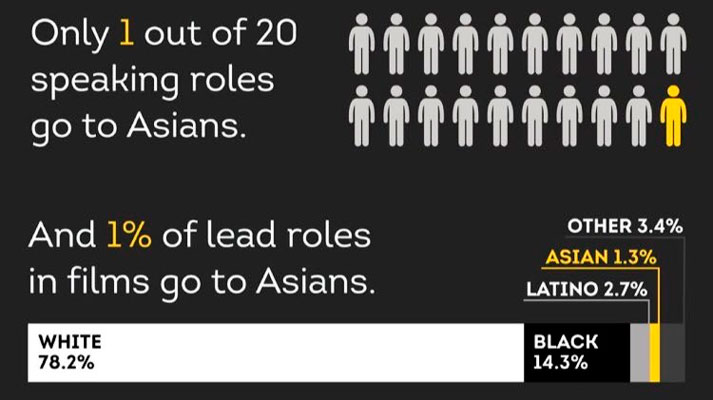 Anna May Wong's situation was not a unique one, and sadly, it's not safely tucked away in the past.  The question - and quest - as to who defines cultural, gender and racial identity in the entertainment industry is still a topic that sparks passionate debate.  Today's film studio executives may pride themselves on their progressive attitudes, SAG-AFTRA may have an impressive diversity statement for its members, and the CEO of MPAA may be a former Democratic Senator, but it seems like so much window dressing when white actors are yellow-faced into a project, instead of their Asian counterpart.  And the irony of a gay man playing a Trans woman in Hollywood strikes an old chord for BD Wong, who still witnesses the bias of double standards at the central casting office level.  ​
Yet within his dual role of Whiterose/Zhang, Wong brings a fierce commitment to the issue of personal identity.  BD Wong's #Whiterose Is the code name for the head of the Dark Army computer hackers, who also has a few secrets of her own.  Mr. Robot's fans and the fsociety don't know what her agenda is (let alone her identity), only that she's very powerful.  Do her interests align with their own?  Perhaps.  Do they go further?  Ah, only #Whiterose knows!
In reality, he's also Mr. Zhang, the Chinese Minister of State Security, who is really a transgender woman with an extensive collection of clocks and a mania for time to match.  Introduced halfway through the first season, BD Wong breathed life into both characters and won a legion of followers along the way.  And although his screen time is scant, he still manages to lock horns with Evil Corp boss, Phillip Price, and keep fsociety junior hackers on their toes - and to keep audiences watching.
"Sam [Esmail, the series creator, executive producer, director and writer] ...told me the irony really is that Whiterose is in disguise when Whiterose is a man, and not when Whiterose is a woman...If I am totally immersed in the woman who is Whiterose, then you have to question what the elements of truth are in her personality. She will be playing what appears to be two sides of this complicated coin. “Whose side are you on?” is another part of the identity question that is raised in the show a lot, here and there." *2
BD Wong is no stranger to roles that challenge our preconceived concepts of identity and gender and he has the resume - and awards - to prove it.  His Broadway debut in 1988 as the trans lover Song Liling in M. Butterfly, opposite John Lithgow, won him five awards, including a Tony.
After appearing in 26+ films and 28 + television shows (recurring roles in All-American Girl, Law & Order: Special Victims Unit, Oz, Awake), Wong took on 12 characters in his one-man play, Herringbone in 2008 and 2012.  Not only is he Artist-in-Residence at La Jolla Playhouse, but he currently plays Gotham's Hugo Strange and Mr. Robot's Whiterose.
By the time Anna May Wong made history as the first Asian-American to lead a primetime television series with The Gallery of Madame Liu-Tsong in 1951, social and political issues were just beginning to stir the American melting pot.*3.

​After three decades of playing stereotyped versions of the Dragon Lady or the submissive Butterfly, Ms. Wong must have felt pride in her birth name character's role as a detective on national television.  Little did she know - (or did she?) - that this one season would chip away at the white wall in 1994, with Margaret Cho starring in ABC's All-American Girl.  But it would be another 20 year whitewash before we could see Asian-American ensemble shows like Dr. Ken and Fresh Off the Boat on television - again, both on the ABC network.  ​
Yet two films characters that Anna May dearly wanted to play were that of Blossom in The Son-Daughter, 1932 and O-Lan in The Good Earth, 1937.  The Son-Daughter would go to the First Lady of American Theater, Helen Hayes and German-born Luise Rainer snagged The Good Earth.  The endless critique for actors of color who choose to play marginalized roles is that they only perpetuate the stereotype of Otherness.  But the artistry of Anna May Wong might have been lost to us if she didn't play the roles offered to her, even as she fought for better scripts and new experiences. And while her film resume boasts 54 roles, the one film that continues to fascinate me is her sophisticated astrologer-detective, Mei Lei Ming in When We're You Born, 1938.
Even after her death, Anna May Wong and the subject of identity continues to rage on in Hollywood, with her position as one of the "Four Ladies of Hollywood".  Located at the Hollywood and La Brea gateway, this metal gazebo, sculpted by Harl West in 1993, features Mae West (1893-1988), Dolores Del Rio (1904-1983), Anna May Wong (1907-1961) and Dorothy Dandridge (1923-1967), supporting a stainless-steel art-deco lattice roof, spiral and a weather vane of Marilyn Monroe from her iconic Seven Year Inch billowing skirt scene.

Designed by director Catherine Hardwicke (of Twilight fame), it was intended to celebrate the female diversity of Tinsel Town's stars, but the four identical forms - except for different hair styles - only serves as a perfect reminder of Hollywood's obsession with sexualizing women and stripping them of their individual personas.  While the sculpture mimics the identical nature of the caryatids so popular in Ancient Greek statuary, Hollywood - and Miss Hardwicke - missed an opportunity to truly offer a progressive statement on ethnicity and gender.  Instead, they emphasized their one-dimensional vision by topping it off with sex kitten Marilyn Monroe, no less.
Hollywood's 120-year coming of age has yet to reach its maturity, and even with social media campaigns raising awareness like #StarringJohnCho, #StarringConstanceWu and #OscarsSoWhite, the ethno/male-centric perspective is resistant to growing up and out of its playpen. With organizations like Media Action Network for Asian Americans (MANAA) and The Asian Pacific American Media Coalition (APAMC) lending their collective voices to the mix, why are culturally diverse roles still being whitewashed in film?​

All photos from this slideshow are from www.amoeba.com
> Asian-American Cinema 1-9<
The answer for Asian-American actors is the same one that exists for each disenfranchised group in the entertainment industry - collective power.  Most studio executives, directors, cinematographers and screenwriters are predominately white males, and like Phillip Price, decades of power breeds an ingrained attitude of entitlement.  As artists continue to create their own production companies and projects, their collective voice will challenge the status quo and bring about a more lasting change.
And meanwhile, characters like BD Wong's #Whiterose will continue to celebrate the personal freedom that comes from following the sound of a different song. ​
Note:  Yellowface is the practice of applying specialized makeup on white actors playing an Asian character.  Whiteface is also used by actors - mostly notably by Merle Oberon, to disguise her Eurasian heritage.
References:
*1. Alamin Yohannes. (July 13, 2016).  BD Wong Talks 'Mr. Robot' and Diverse Representations on TV NBC News.com (Sept 15, 2016)

In 1951, Ms. Wong made history with her TV show The Gallery of Madame Liu-Tsong, the first ever U.S. television show starring an Asian American series lead.[4] From August 27 to November 21, 1951, Wong starred in a detective series that was written specifically for her, the DuMont Television Network series The Gallery of Madame Liu-Tsong,[126] in which she played the title role which used her birth name.[117] Wong's character was a dealer in Chinese art whose career involved her in detective work and international intrigue.[127] The ten half-hour episodes aired during prime time, from 9:00 to 9:30 p.m.[128] Although there were plans for a second season, DuMont canceled the show in 1952. No copies of the show or its scripts are known to exist.[129] In 1996, early television actress Edie Adams testified at a hearing in front of a panel of the Library of Congress on the preservation of American television and video. Adams stated that, by the 1970s, little value was given to the DuMont film archive, and that all the remaining kinescopes of DuMont series were loaded into three trucks and dumped into Upper New York Bay.[6]​