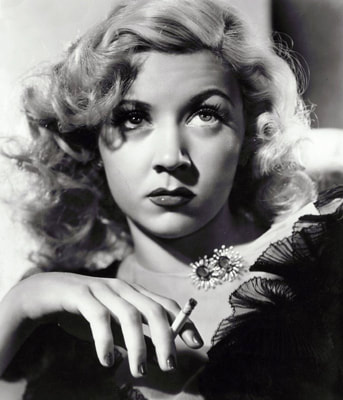 by Paulette Reynolds * November 29, 2021
It can be a tough world in NoirLand for the single Femme Fatale - after all, a girl's gotta eat, right?  As luck would have it, the singleton always has a plan A, B, and C.  Trouble is, climbing up the career ladder of crime can get --- well, dangerous. 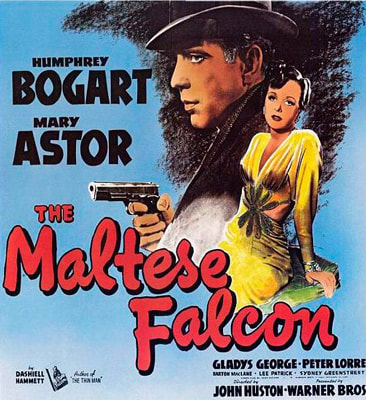 Former silent film star Mary Astor was known for her early films, scandalous diary made public and a torrid love affair with John Barrymore.  But these are mere trifles when compared to her most famous moment in film history - that of deadly femme Brigid O'Shaughnessy in John Huston's noir classic, The Maltese Falcon.

Just what is Miss O'Shaughnessy guilty of?  This is the question that torments detective Sam Spade, as she shuffles through her stacked deck of lies and deceptions, desperate to keep the truth at arm's length. 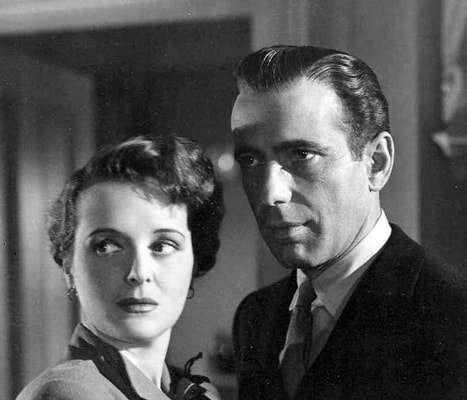 Sam Spade: You won't need much of anybody's help. You're good. Chiefly your eyes, I think, and that throb you get in your voice when you say things like 'Be generous, Mr. Spade.'

Brigid O'Shaughnessy: I deserve that. But the lie was in the way I said it, not at all in what I said. It's my own fault if you can't believe me now.
​
Sam Spade: Ah, now you are dangerous. 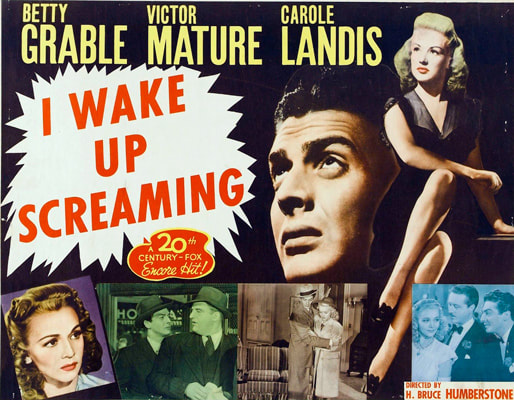 I Wake Up Screaming * 1941
​
Landis landed the plum role of Vicky Lynn, a cheap dame long on looks and short on common sense, in 20th Century Fox's first film noir, I Wake Up Screaming.  This role would be her most memorable in a life that crammed a lot of living into 29 years.  Carole Landis worked from 1937 to 1948, until she committed suicide.  Her tumultuous love life was marred by four failed marriages and love affairs with Darryl Zanuck and Rex Harrison. 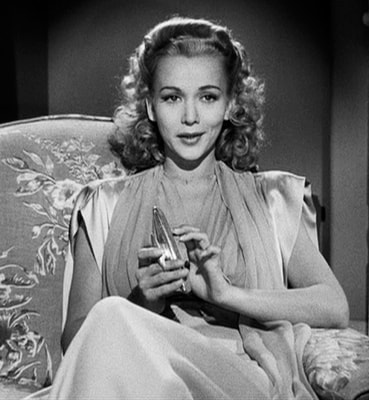 Vicky Lynn: Is that all?

Larry Evans: No, but the rest of it isn't on the menu.
​
Vicky Lynn: You couldn't afford it if it was. 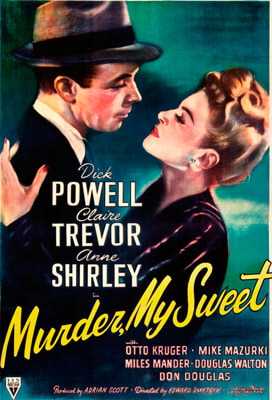 Claire Trevor enjoyed a versatile career in films, but she's best remembered for playing an icy blonde femme with the subzero  heart. Her crowning moment in NoirLand came when she won the Oscar for her performance in Key Largo - as the washed-up gangster's moll Gaye.  Yet it can be said that she helped raise the femme fatale trope during the genre's early years as well. 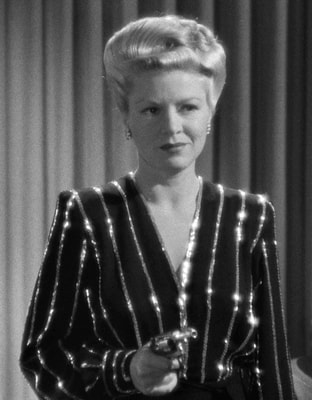 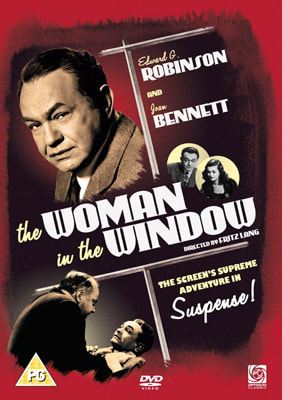 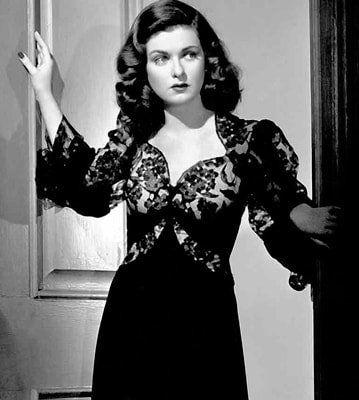 Alice Reed: [Offering him a drink] Let's have another.
​
Richard Wanley: I should say no, I know, but I haven't the slightest intention of saying it. 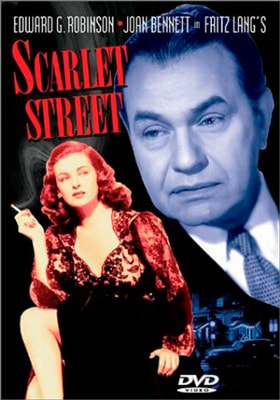 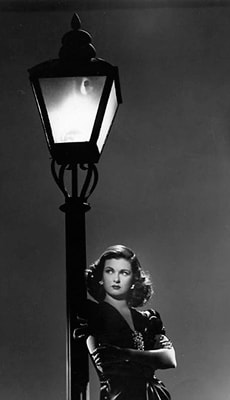 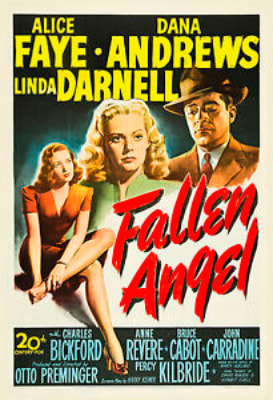 Stella inspires men to embrace their lowest impulses with her cynical beauty, yet she longs for the respectability and comfort of marriage. Whether or not she would have enjoyed wedded bliss is never known, since she ends up like her celluloid doppelgänger, Vicky from I Wake Up Screaming. 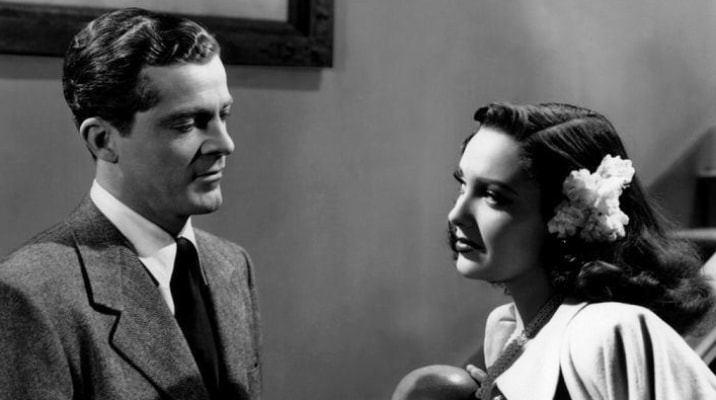 Stella: You talk different, sure. But you drive just like the rest. Well, you've got the wrong girl. 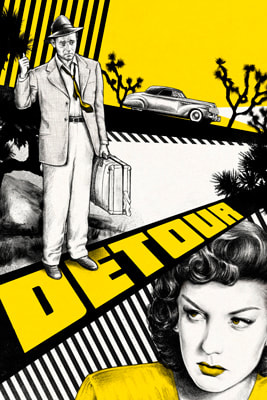 Vera is perhaps the most vicious example of just how unlikeable the femme fatale can be, given that the cheaper the vixen equals more spontaneous and random acts of violence. Detour delivers grim and gritty drama, thanks to the consummate performance by Ann Savage. 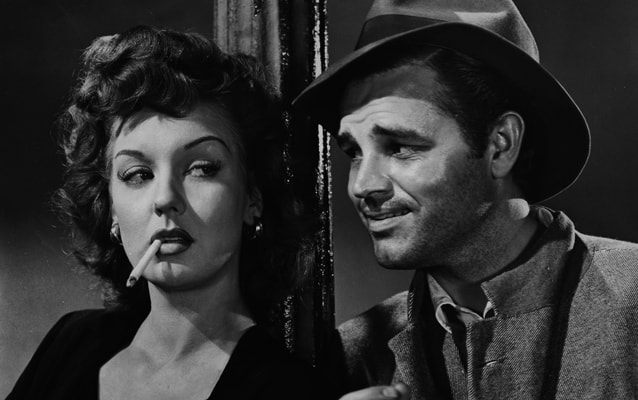 Vera: Life's like a ball game. You gotta take a swing at whatever comes along before you find it's the ninth inning. 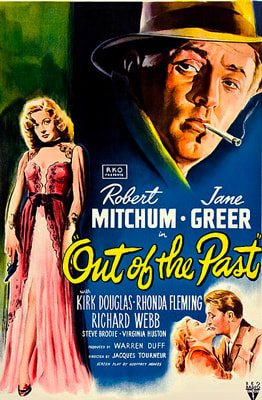 Jane Greer played plenty of dark dames, but her Kathie joins the ranks of solid gold membership in Noirland. She wears her femme badge of honor like a second skin as she double crosses everyone up to the finish line.

But the real star here is Jacques Tourneur's use of chiaroscuro, space, and framed doorways elevate this rather convoluted noir film into the classic that still fascinates fans today. 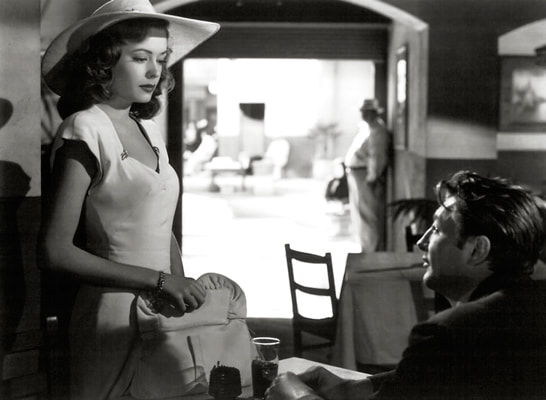 Kathie: Don't you see? You've only me to make deals with now.
​
Jeff: Well, build my gallows high, baby. 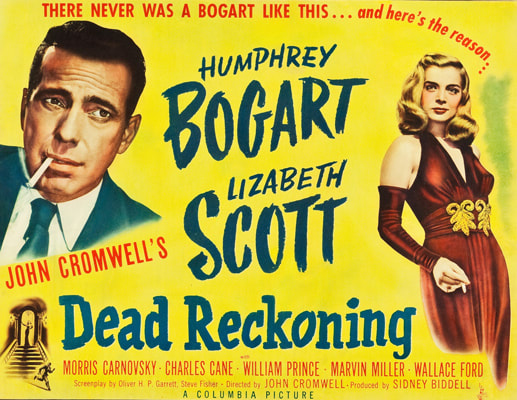 Lizabeth Scott has always held a soft spot in film noir, playing complex femmes with convoluted intentions. As Coral she easily steals every scene, reminding us of another noir queen - The Maltese Falcon's Bridgette O'Shaughnessy - who also met a sticky end. 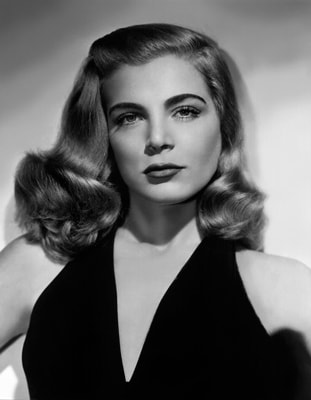 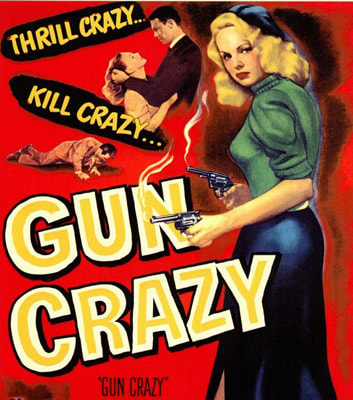 Welsh-born Peggy Cummins made her mark in Hollywood as the whip-wild crazy killer femme, Annie Laurie Starr, and film noir has never been the same since. 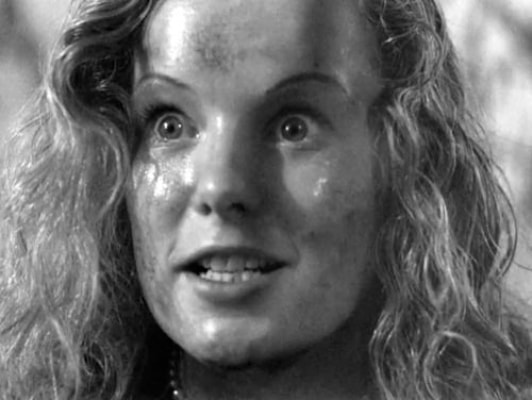 Annie Laurie Starr: Bart, I've been kicked around all my life, and from now on, I'm gonna start kicking back.

England's freshest flower, known by her serious resume of dramatic roles, surprises us here by flying her psycho femme flag. 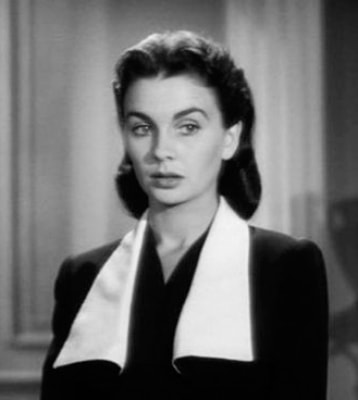 Diane Tremayne: ...How can you say that to me?
​
Frank Jessup: Oh, you mean after all we've been to each other?... Diane, look. I don't pretend to know what goes on behind that pretty little face of yours - I don't *want* to. But I learned one thing very early. Never be the innocent bystander - that's the guy that always gets hurt. If you want to play with matches, that's your business. But not in gas-filled rooms - that's not only dangerous, it's stupid. 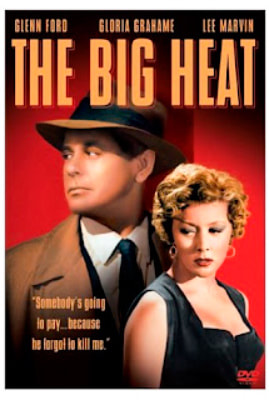 Ms. Grahame embraced a Gemini aesthetic, as only a Scorpio could, delighting in living on the edge.  Married four times, she not only married innovative director Nicholas Ray, but went one better and married his son, Anthony.  The scandal may have dented her career, but she still continued to act.

This Oscar-winning actor excelled in roles that featured her moody, abrasive personality, and The Big Heat allowed her to play the soft-hearted, sorrowful Debby for all it's worth. 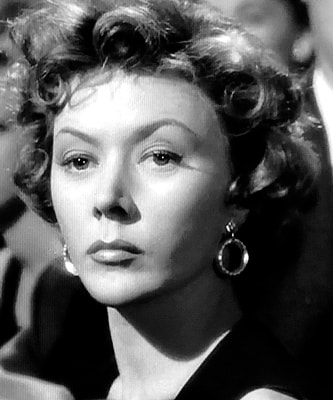 Debby Marsh: [to Bannion] The main thing is to have the money. I've been rich and I've been poor. *Believe* me, rich is better.
Married? Single?  Either way, the femme fatale will always be the most popular woman in the room - and we wouldn’t have it any other way.
COPYRIGHT 2012/2021. Paulette Reynolds.  All CineMata Movie Madness blog articles, reviews, faux interviews, commentary, and the Cine Mata character are under the sole ownership of Paulette Reynolds.  All intellectual and creative rights reserved.