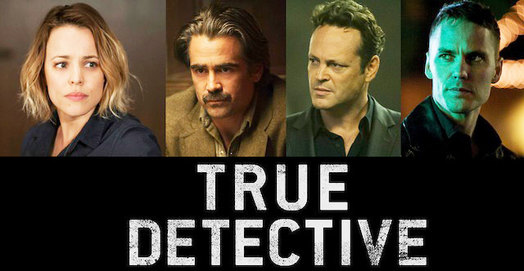 ​Some of HBO's True Detective fans complained about Season Two, but HBO served up a neo-noir tale at its best, starring Vince Vaughn, Colin Farrell, Rachael McAdams and Taylor Kitsch. 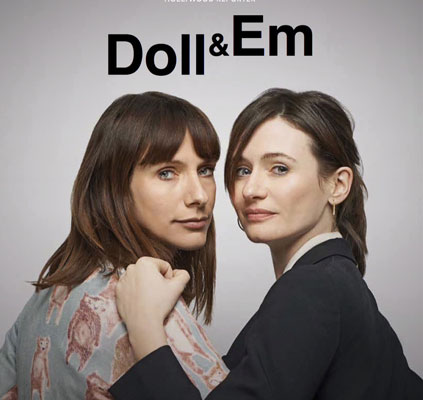 Doll & Em - A quiet riot from HBO, starring a delightful mix of British and American actors in a warm story about the misadventures of two quirky childhood friends, Emily Mortimer and Dolly Wells.
Notable Passings:
HBO's Game of Thrones delivered another strong season that did not disappoint fans, but - as usual - there was plenty of controversy with a rough rape scene and the season's cliff-hanger ending of Is Jon Snow Really Dead?!
ABC continues to outshine the competition with season two of Blackish and How to Get Away with Murder.  Both Anthony Anderson of Blackish and Viola Davis were Emmy nominated for their efforts, with Ms. Davis winning as the first black woman in the Drama Series category.

See Cine's reviews at Telegenic Static and Star Spot.
TCM kicked off the summer with Summer of Darkness, their brilliant series of classic - and some rarely seen - noir films that acted as a fascinating companion piece to a free online film studies course in Film Noir, featuring Eddie Muller.

THEN TCM demonstrated again that it's the definitive film channel to watch, as they ushered in the first year of a three-year project called Trailblazing Women.  It featured women in filmmaking behind the camera, partnering with Women in Film LA.  Host Illeana Douglas explored a rich collection of 50+ films directed solely by women, from the early silent period up to the present decade.

Check out Cine's Review at Documentaries. And yes - Cine completed her coursework with an A!
Fresh Off the Boat and Dr. Ken - Television again tries to up the ante by creating a show featuring not one, but two Asian comedy series for ABC.  It's been a long 21-year wait since Margaret Cho's show, All-American Girl, first aired in 1994, and then promptly got cancelled.  Both series highlight male leads (Randall Park and Ken Jeong) serving up two very generic families for general consumption.  CineMata finds that Dr. Ken's family is funnier but Fresh Off the Boat has been picked up for a second season, while crickets are silent about Dr. Ken's fate.  But really, All-American Girl was better. 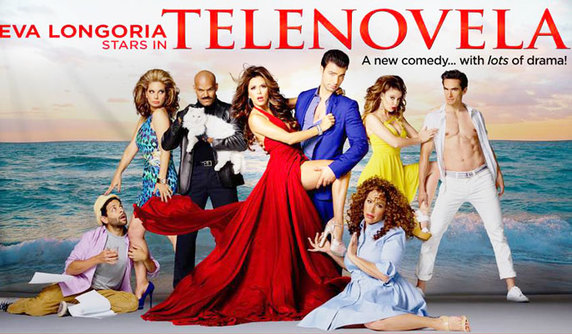 The Call the Midwife Holiday Special was a three-hankie joy, setting us up for their Season Five opener on January 17.  Who knew birthing babies could showcase forbidden lesbian kisses between Patsy and Delia in a phone booth and a trek home by the elderly 90 year old Sister Monica, complete with a manger scene and streaming moonlight?
Downton Abbey's Season Five dragged on forever, cleaning up the carnage from Anna's rape in Season Four and Mary's terribly boring love life.  Cine loved the flurry of change among the downstairs cast, especially the new romance between Carson and Mrs. Hughes and Mrs. Baxter standing up to Thomas, finding a friend in Molesley.  The costumes seemed to take a real front seat, especially for the female characters.  While Cine will miss Downton Abbey after its finale season begins January 2, rumors are buzzing about a movie in the future.
PBS gave Anglophiles twin historical delights with Indian Summers and Home Fires.  The former focuses on tensions in an Indian outpost during the pre-revolutionary phase of the late 1930s and the latter on the effects of WWII in a small English village.  Indian Summers sizzled with murder and a fabulous performance by Julie Walters, as the racist owner of an exclusive club.  Home Fires, a female-driven story, delved into domestic abuse, with strong performances by Claire Rushbrook and Mark Bazeley as Battling Pat and Bob Sims. 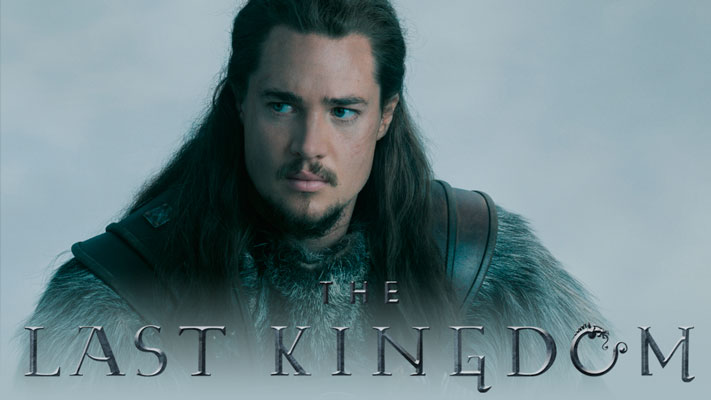 The Last Kingdom is a BBC period drama on the hostilities between the Pagan and Christian ruling classes during the rule of Saxon King Alfred.  Alexander Dreymon stars as the Pagan-raised Uhtred, who chooses poor alliances with contemptuous Saxons as he fights for the remains of his kingdom.
The Great British Bake Off, Doctor Blake and the Artful Detective held Cine's rapt attention during the year, as did Doctor Martin, Father Brown and Benedict Cumberbatch's Sherlock.

Speaking of all things Sherlock, CBS continues to helm the fascinating gender-bending crime duo of Jonny Lee Miller and Lucy Liu as Holmes and Watson.  Holmes comes back after a relapse, reconnecting with Watson just long enough to solve a few more mysterious conundrums.
Cine's Rants:
​
The History Channel's homage to the Texas Rangers with their miniseries Texas Rising failed to produce a historically accurate retelling of the post-Alamo capture of Santa Anna and the subsequent healing.  Mired in racist stereotypes, half-truths and bombastic performances, it smacked more of a tribute to a John Ford movie.  Their third season of The Vikings was steeped in a perpetually half-naked Rollo, brain-numbing long fight sequences and little hope of any real character development.

See Telegenic Static for longer reviews.
CBS got on Santa's Naughty List for dropping Mike and Molly and FX for cancelling The Bastard Executioner.  CineMata wonders how the entire stellar cast, headed by Stephen Moyer, felt about series creator Kurt Sutter whining ad nausea to any industry news outlet about his failed pet project, instead of the impact on the cast, crew, and devoted fans.
Cine's Trending Pains:
And as we awaken to a brand new 2016, Cine Mata - and I - wish cinephiles everywhere a very Happy New Year!