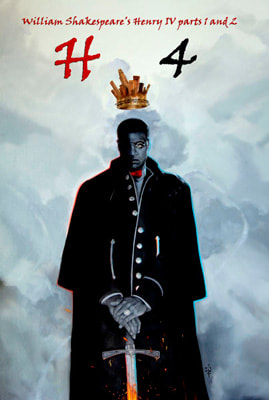 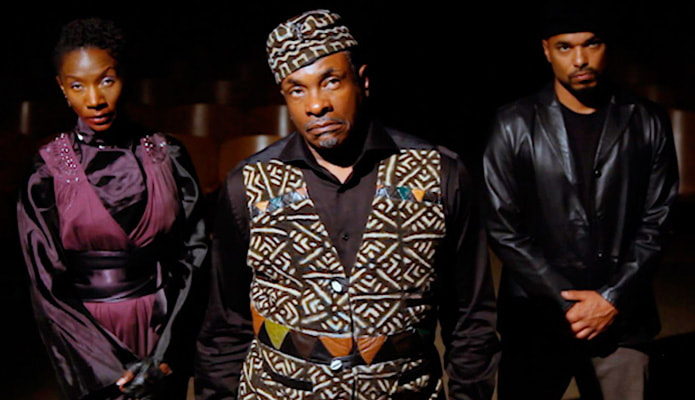 Let me go on record as saying that of all the lofty Shakespearean works, the tale of Prince Hal has left me stoney dead cold.  I avoided plowing through Henry IV, Part I and II in school and only saw the third part (Henry V) as a cinematic treatment because of Kenneth Branagh’s illustrious cast of players.  And even then, I was left impressed by performances but lukewarm and indifferent to the plot.
But along comes a quiet independent film production of Shakespeare's Henry IV, Parts One and Two, adapted by Ayanna Thompson, boasting a diverse cast and a gritty urban setting - and a small fire is lit.

As with any historical drama from the Shakespearean pen, war and all its petty rivalries are examined, but here too the bonds of friendship and familial expectations. 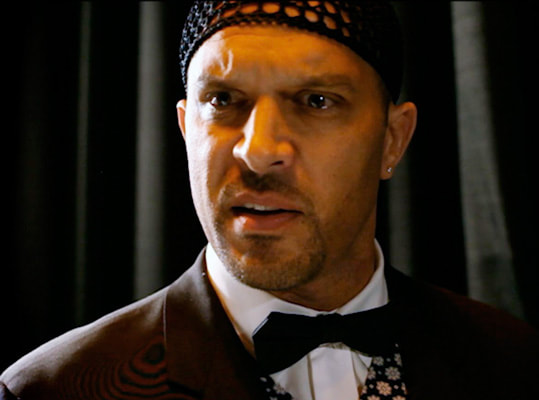 Co-produced by actor Harry Lennix, audiences will discover that Shakespeare’s language works better when transferred to L.A.’s mean streets.  Actors like Terrell Tilford - wonderful as Westmoreland - wears the words like a familiar suit of clothes, delivering his words with an unaffected manner.  Part of the difficulty in listening to Shakespearean dialogue is the formal way that the actors have in carrying themselves.  Their delivery becomes stiff and stilted as they try to meld it their actions, but Tilford’s natural ease makes us long for him to be cast as Prince Hal. 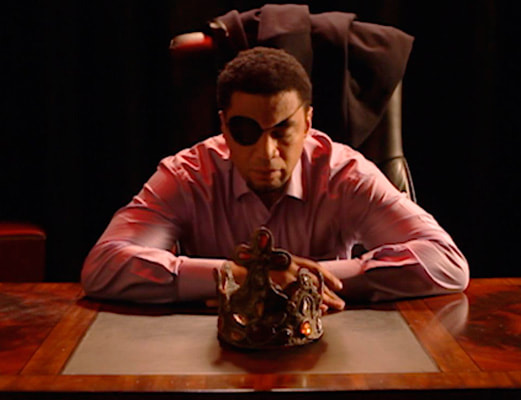 Harry Lennix is commanding as King Henry IV, forever frustrated by his son's indifference to his destiny and weary of wars that seem to drag on forever.  His sense of urgency about the future of his kingdom may be understood by all, but he is the only one who bears the full share of responsibility, and he wears it like an iron suit of perpetual woe. 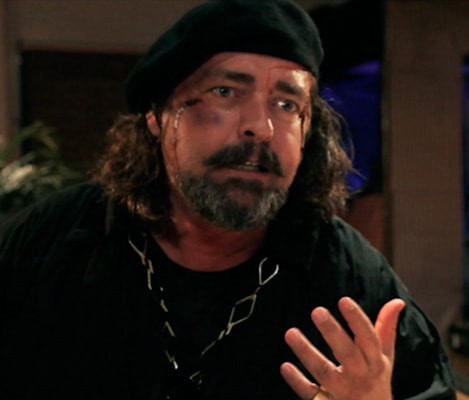 Angus Macfadyen’s Falstaff rounds out the trio of memorable performances here.  His merry jester delights in setting events on their backside, and then laughing about it as he pirates whatever hard currency is available.  He lives for the moment, wrapped in a cocoon of entitlement because of his friendship with the young prince.  Unlike the fawning friend in Kenneth Branagh's Henry V, this Falstaff’s preoccupation settles on his own insatiable greed and recreational desires.
A welcome turn of events is the casting of Candice Code as Pistol, Victoria Platt as the Judge, Diarra Kilpatrick as Clarice and Jeryl Prescott as Northumberland, which gives more gender balance in what otherwise is a testosterone-laden cast.

Here’s hoping Netflix or Hulu will pick up H4, perhaps as part of a Shakespeare Summer Festival offering.
COPYRIGHT 2012/2020. Paulette Reynolds.  All CineMata Movie Madness blog articles, reviews, faux interviews, commentary, and the Cine Mata character are under the sole ownership of Paulette Reynolds.  All intellectual and creative rights reserved.