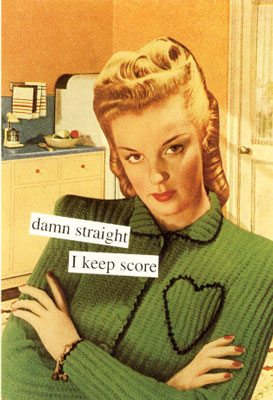 
The 67th Primetime Emmy red carpet has been rolled up and the Hollywood insiders have already rushed to share their scorecards of the evening's highs and lows. Fringe fans and devoted outsiders alike are still keeping the social media hotplate warm with their passionate rants and raves, too. 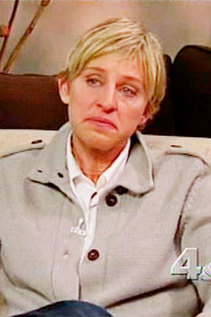 So where does that leave Cine Mata? As she scours the after-parties for a few scraps of gossip, I'm left to pick up the pieces of last night's lowest-rated Emmy awards show - ever. Coming in at 11.9 million viewers, we need to refocus our perspective before the last big name star flies off into the sunset. 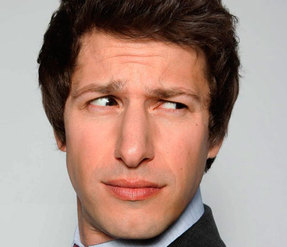 We already know that Andy Samberg was one of the weakest hosts, with his funniest takes sparkling in the filmed segments - what a great opening number! - but then bottoming out during his standup routines. Many of his references were so obscure or offensive that even the audience looked to their Twitter feeds for some necessary distraction.
The show was crammed with the usual sentimental wins: outgoing Jon Hamm for Mad Men, Jon Stewart's final three-point shot and another VEEP round of statues. Really? Is it more sentiment or just lazy voters? 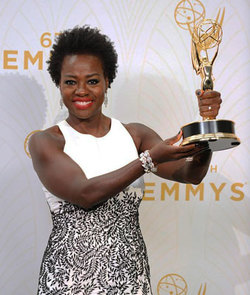 The highlights of this program were the acceptance speeches by winners Viola Davis, Allison Janney (in a knock-out dress), Regina King and Uzo Aduba. Davis and King, both vocal industry activists for diversity in Hollywood, left everyone teary-eyed.


Ms. Davis, (the first black woman to win for the Best Actress in the Drama catagory) mused onstage:
"The only thing that separates women of color from anyone else is opportunity," Davis said. "You cannot win an Emmy for roles that are simply not there."
She then expanded that view in a backstage interview: "There is a difference when it comes to actors of color in this business. If it's been 67 years since an actress of color has won an Emmy then there is certainly a line. My story doesn't end here. There is so much work that needs to be done in so many areas in the business with actors of color, so many narratives that need to be seen by people, so many stories that need to be seen and felt."

I must diverge from Viola Davis's point of view. While it's a generic statement, there are two other elements that affect those "opportunities":  The male-centered control of Hollywood's production industry and the racism of the Studio Big Boys. I will allow that she wisely skirted these two factors for obvious reasons, because Ms. Davis is not one for naiveté.
Female writers and directors - Jill Soloway (Transparent),  Jane Alexander/Lisa Cholodenko (Olive Kitteridge) broke through the frat boy's comedy/drama club and even Amy Shumer managed to snag a golden statue. 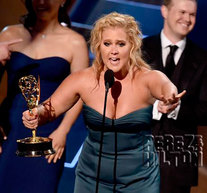 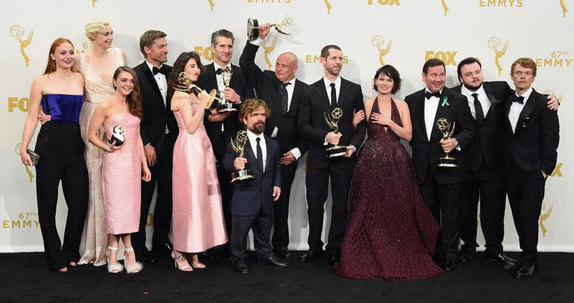 The sweeps included Game of Thrones and Olive Kitteridge. Now an alarm always goes off when a particular film/nominee wins multiple awards. Who knows if the powerful trifecta of Playtone (Tom Hanks), Coen Brothers cult status (Joel is married to winner Frances McDormand) and HBO's might didn't just shift the winds a little bit more in the direction of the Olive Kitteridge miniseries? 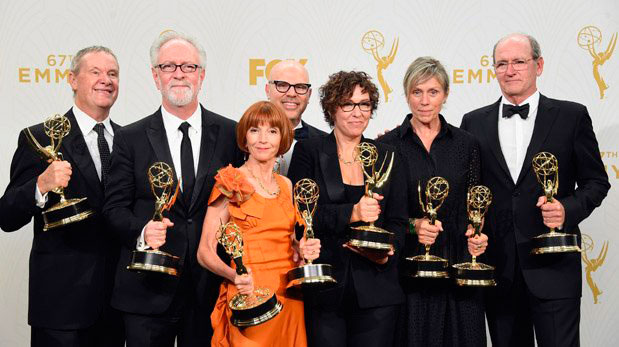 The snubs included Bessie (Queen Latifah, Mo'Nique, and Dee Rees), but they won a consolation statuette at the 67th Creative Arts Emmy show the night before. Margo Martindale won her second Emmy at Saturday's event, and this reviewer is going on record to sneer that shoving the "Guest Actor/Actress" awards on a show that no one watches  except industry insiders - is a crime that robs ratings from the Sunday event.

Lady GaGa and GRR Martin were crowd favorites and Tracey Morgan presented a moving award, thanking everybody BUT God for his rehabilitation. Jill Soloway made up for it by thanking Goddess three times for her Transparent Emmy win. 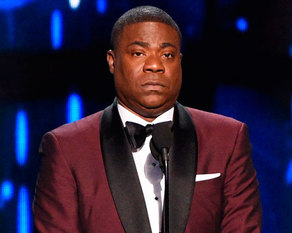 The Funniest bits came from Presenters John Oliver, Ricky Gervais (doing his running joke on losing) and Jimmy Kimmel, who snacked on his envelope in a truly innovative skit. 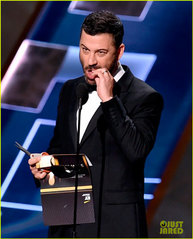 Stuck on Stupid:  The In Memoriam slot ignored the passing of Christopher Lee, Yvonne Craig and several others, so they must be in cryogenic deep-freeze and considered still living by Hollywood's afterlife standards.  Kudos to the futuristic set, which gave the usually kitschy environs some much-needed sleek style.


And last - but never least - here are some of the red carpet fashions to chew on.