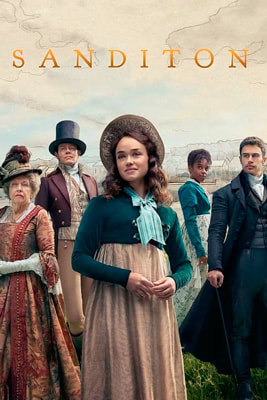 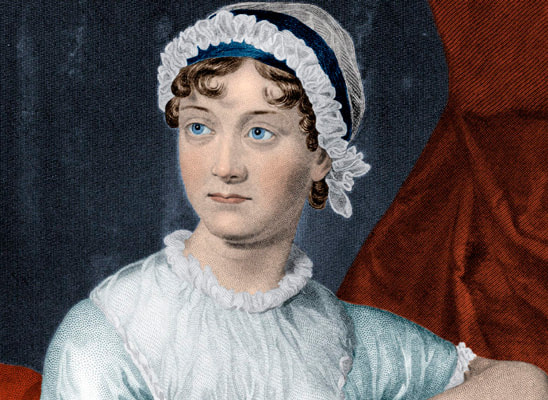 Jane Austen fans - and this reviewer is no exception - held their collective breaths, eagerly awaiting Masterpiece Theater's rendition of Sanditon.  The incomplete novel set aside shortly before Ms. Austen’s death seemed to be waiting for just the right venue to bring it to life. 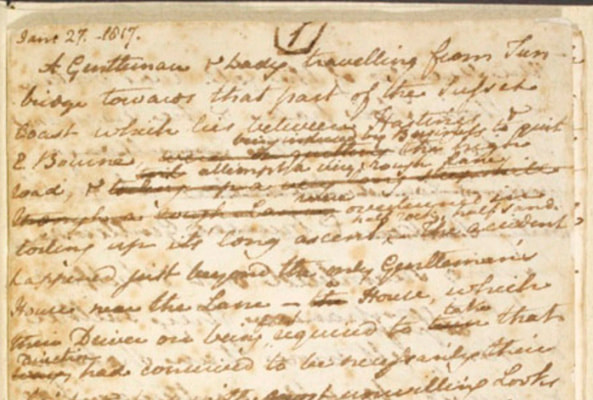 There was the usual buzz to set our hearts aflutter, from descriptions of the featured players to the gentle seaside setting.  Interviews with principle writer Andrew Davies promised a loving Austen rendition, because, well you see, he loves Jane Austen too.

2020 looked to begin with a flourish, as the first episode aired on January 12 for American audiences.  By the time Charlotte came upon Clara giving what looked like a discreet hand job to Sir Edward Denham, Davies pretty much signaled the demise of the Regency sensibility, forever scattering it to the winds.
The post episode interviews by Davies and Co. assured diehard fans that *this* Sanditon would be a “modern” take on her unfinished work, making it “more relevant” for today’s audience.

What follows for eight episodes is a weak mix of modern romance notions attempting to squeeze into Austen's polite world of romantic restraint.  No amount of "love" for an author's work is going survive a schizophrenic breech of refined manners, morals and appearances that requires a strict dedication to the Jane Austen playbook.
Yes, there is some fine acting, lovely sets and pretty costumes that pass for Regency eye candy.  And some of the characters are finely etched in the Austen mold, such as the sweet Charlotte, caustic Lady Denham, sultry Esther, scheming Clara, manic Tom Parker, and devious Sir Edward Denham. 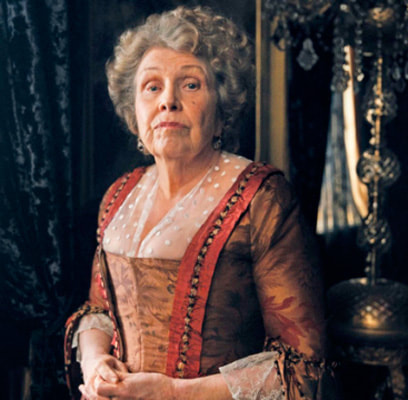 Kris Marshall delivers a superb performance as a man possessed by his life's ambition, due to Austen's initial description and Davies' realization of Tom Parker.  Anne Reid gives everyone a sharp serving of her acid tongue - easily snatching every scene from the youngsters - and Jack Fox plays his role to perfection as the Willoughby wannabe Sir Edward. ​
But the most captivating performance is Charlotte Spencer's Esther as love's victim, who wrings every emotion out of her lines and then plays them on her face with such compelling sorrow.
However, Theo James as Sidney Parker is a pale shadow of Mr. Darcy, accompanied by grunts, gruff retorts and scowls that passes for complexity of character.  Sidney was barely introduced at the very end of Austen's original draft, and it's a shame that Davies couldn't see past such an overused character trope.  Rose Williams deserves a deeper exploration of her Charlotte, but she’s left to dart breathlessly from one character to another with a pointed question or remark. 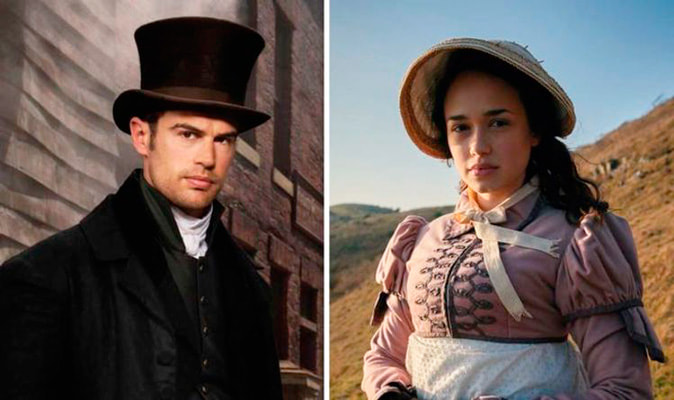 But Georgiana Lambe (Crystal Clarke) suffers the worst fate of all, as Davies fashions a drab one-room prison for Sidney Parker's ward and creates a one dimensional woman of color to go with it.  But then again, Davies only had a scant description of her character and his overactive imagination to rely on. *1
Most of the action mirrors Charlotte’s rushing about in her simple country garb and tangled hair, in a hurry to get to the main point of the scene, without any stopping to catch a breath.  The highlights of Sanditon aren’t the Midsummer Ball, the bathing or the Regatta, but the interplay between the actors at Lady Denham's grand estate.  Here, the scenes unfold with a measured pace that’s familiar in most Austen films.

Sanditon proves to be just as incomplete a series as is Jane Austen's unfinished rough draft of her final novel.  But even in the few pages she promised a confection of well-developed characters and meaningful insights about another facet of the Austenite realm. 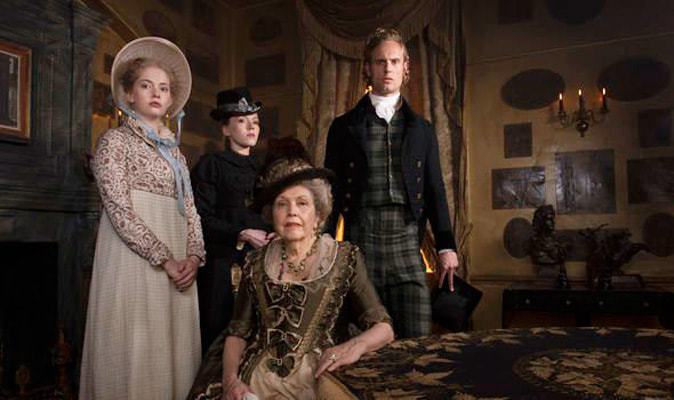 Davies and ITV missed the point of why modern audiences connect so readily with Jane Austen’s world.  The era she unfolds for her followers is exactly what we want.  We want to see the issues of class, love and women’s rights revealed by a cast of characters that are particular to the Regency period.  If we wanted to see a modern take on love and feminism then there’s always Love Actually…sigh.
This production feels so superficial (right down to the lackluster hair styling) that I can't help but wonder what Emma Thompson - who won an Oscar for her adapted screenplay of Sense and Sensibility * 1995 - could do with such promising material.  Perhaps she could pen a film treatment?
*1  "Of these three, and indeed of all, Miss Lambe was beyond comparison the most important and precious, as she paid in proportion to her fortune. She was about seventeen, half mulatto, chilly and tender, had a maid of her own, was to have the best room in the lodgings, and was always of the first consequence in every plan of Mrs. Griffiths."