Oscar 2020:
​I'm Mad as Hell, but Now What?
by Paulette Reynolds * January 17, 2020
The new year isn't even out of its diapers yet and the Award Season has once again left women directors and industry artists of color on the cutting room floor.

Let's take a look at the ever-disappointing Oscars.  The announcement process always brings outrage, then the social media storm and finally a president's public mea culpa.  Once this ritual has died down, a diverse cast of presenters are named to pacify fans and industry members alike.  During the Oscar telecast, members and guests will shine on the red carpet, as the glitter and glamour lulls the viewer into a celebratory glow.

Once inside the theater, a few presenters and comics will spark our momentary attention with a few well-chosen criticisms about the elephant in the room.  One winner will speak out against the racism and sexism of the Academy and be heartily cheered.

For the next 24 to 48 hours social media will cover the remarks and the well-placed speech.  Commentators will sagely observe that even though the Best Director and Best Acting categories were mostly white and male, the award show was superbly diverse and thoroughly represented.

By the week's end, Hollywood will have settled into the rather large community of creative artists known as the Film Industry.  Sadly, this will occur again and again, without change and without fail.
While the award season highlights the best films or memorable performances that impacted 2019, the hashtag phenomenas of #OscarSoWhite, #MeToo and #TimesUp deserve a closer examination.  The decade of 2010 to 2020 saw these three movements inspire some change in the social conditions that permeate HollywoodLand culture. 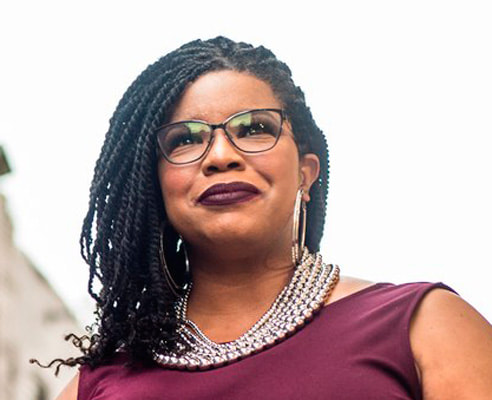 When April Reign launched the #OscarSoWhite hashtag in 2015, actors and directors like Ava DuVernay, Jada Pinkett Smith, and Spike Lee broke out of the Award Season cycle and initiated a boycott of the Oscars that shook up the Academy - and Hollywood - for the entire year.  It stimulated awareness and began a trickle of  progressive changes in hiring and honoring artists of color industry-wide. 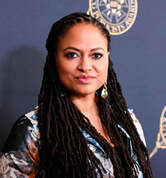 Then the women of Hollywood, both in front of and behind the camera, put on their Women with Attitude makeup and we witnessed a collective Howard Beale moment, straight out of Network * 1976, a la #MeToo. 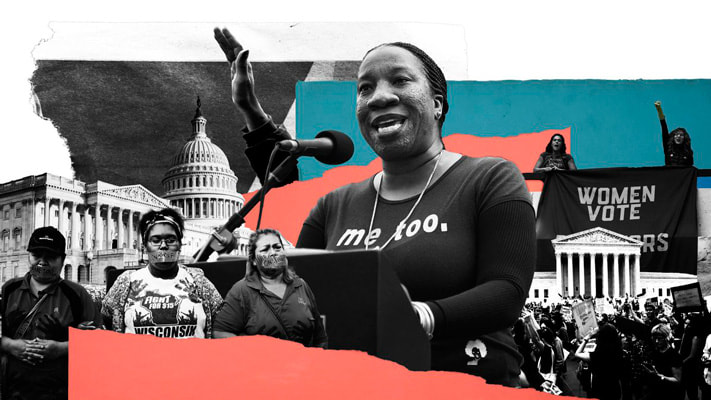 As early as 2006, activist and sexual abuse survivor Tarana Burke created the "MeToo" phrase to identify a movement that would highlight the widespread abuse of women.  This action lit a spark that encouraged survivors of sexual abuse in Hollywood to identify Hollywood executives, actors and other powerful men who held Tinsel Town hostage with their predatory behaviors.  Women like Ashley Judd, Rose McGowan, Rosanna Arquette, Melissa Thompson, Gwyneth Paltrow, and others propelled the issue onto social media, exposing abusive behavior that had been systemically spreading for decades.  As the issue became more widespread, those from the LGBT community came forward as well to point the finger.  And then the boundaries extended beyond Hollywood - engulfing politicians, sports, media and music industries - all the way to the White House. 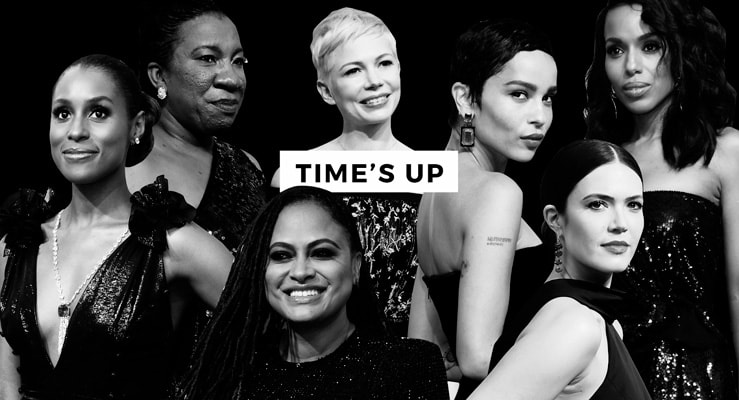 They say that three times is the charm, so the  #Times Up initiative brought together volunteer lawyers and a legal defense fund of over $22 million to fight sexual harassment stemming from the #MeToo cause.  As the decade came to a close, gender parity also became a public focus.

These three movements propelled women and artists of color to battle issues of racism, hiring discrimination, and sexual abuse.  They also encouraged global #MeToo campaigns, where perpetrators are exposed and survivors share their stories at an ever-growing rate. 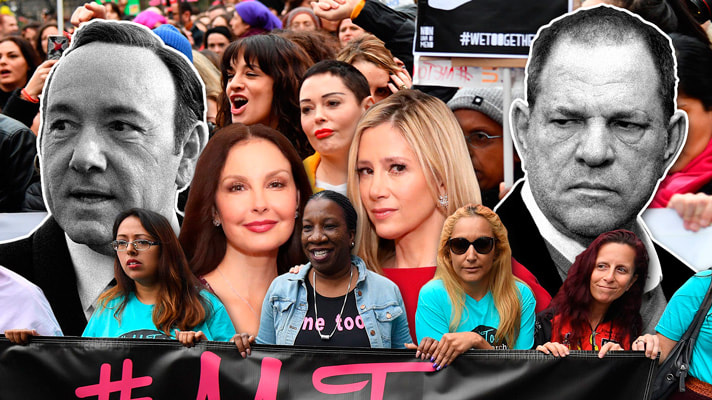 Actor Marisa Tomei once said, "Those stories weren't being written at all - stories about women's inner lives and outer activism. We've come miles and miles, but we still don't have an equal rights amendment yet. We don't have equal pay yet. There's a lot of blind misogyny that's not personal, but institutionalized..."

I would say that misogyny is rarely blind, and neither is racism.  When a Hollywood institution like the Oscars systematically excludes women directors and artists of color from even being nominated, they are sending several distress signals.

The most obvious one is that despite the renaissance of women directors and filmmakers of color, sexism and racism is still thriving in Hollywood.  It's well documented that a double standard continues to exist, where white male filmmakers are tapped for the lion's share of blockbuster scripts and films.  For every Patty Jenkins that gets grudgingly hired, there are ten male directors consistently working - whenever they choose - on big budget films.  For every high profile film like The Irishman (directed by Martin Scorsese) that receives back-to-back interviews and copious photo ops, there's a smaller film like The Kitchen (directed by Andrea Berloff) struggling to just to be seen. 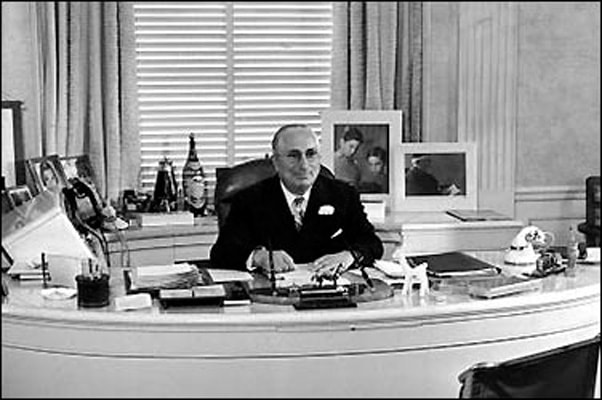 The Academy's primary objective is to promote a handful of films every year, supposedly to raise the artistic level of Hollywood.  When MGM boss Louis B. Mayer created AMPAS in 1927, it was with the intention of smoothing out the wrinkle that was the labor unions  - and to improve the film industry's image. But another goal of Mayer's seemed to focus on keeping the newly formed Academy all white and almost all male. 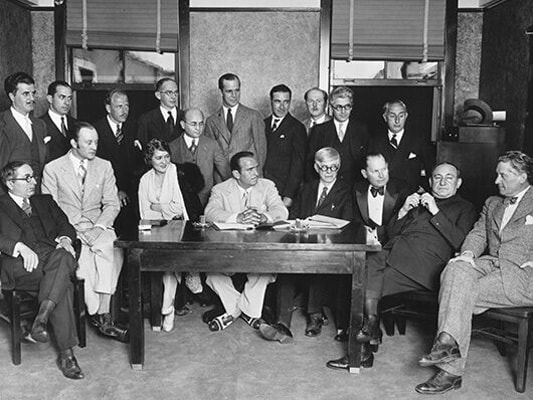 The practice of excluding women directors and artists of color began with the original Academy founders. Of the original 36, 35 were white males and three women.  There were no members of color.

Six male directors were hand-picked - all male - as Dorothy Davenport, Tressie Souders, Dorothy Arzner, Lois Weber, Alice Guy-Blache, Mabel Norman were ignored.  Mary Pickford was the lone woman in a group of seven to represent the Actors branch.  And while two women were included in the Writers branch of six, one wonders why writers like Anita Loos or Frances Marion were left out? * 1
AMPAS * GOVERNORS - DIRECTORS BRANCH
Susanne Bier * Kimberly Peirce * Steven Spielberg
After the 2016 Oscar boycott, The Academy vowed to double its membership of women and artists of color by 2020, but it's membership still hovers at 84% white and 68% male.  Nominees for each category are selected by votes from members of these specific branches.  There are 526 directors in the Directors branch of the Academy, but AMPAS refuses to reveal the gender statistics for this branch.  Time.com reveals that the complicated rules to join the Director's branch "might limit the number of women directors who are able to gain entry".  * 2
AMPAS * GOVERNORS - ACTORS BRANCH
Laura Dern * Alfred Molina * Whoopie Goldberg
While the current list of 60 officers appears more inclusive, one wonders just what the 'governors' from the Actors and Directors branches do to allow such misrepresentation of nominees in those two categories?

What do the current Governors from the Actors Branch (Laura Dern, Whoopi Goldberg, Alfred Molina) and the Directors Branch (Susanne Bier, Kimberly Peirce, Steven Spielberg) actually DO?  Well, it's obvious that they're not encouraging creative recognition of women directors or actors of color.  It would seem their roles are only designed to maintain Louis B. Mayer's original vision of the AMPAS.
Sadly, another predictable response to the nominations is the tepid reactions from the women in Hollywood.  Issa Rae stoically congratulated all the "men" who got nominated for Best Director.  Nicole Kidman feels that progress is "just choose to work with the people we love...and the times they are a-changin'", Awkwafina is "grateful" for the press that The Farewell is receiving, and Greta Gerwig (Little Women) appears mollified that she was passed over for a Best Director nod in favor of a Best Picture and Adapted Screenplay nominations.
Perhaps the ignored, dismissed and snubbed artists tell themselves that awards aren't important, that it's "just the work" that "speaks for itself".  On one hand, yes, they're right, but being excluded in favor of white actors and male directors promotes racism and sexism - and such practices often seep into other areas of the industry - so yes, representation does matter. 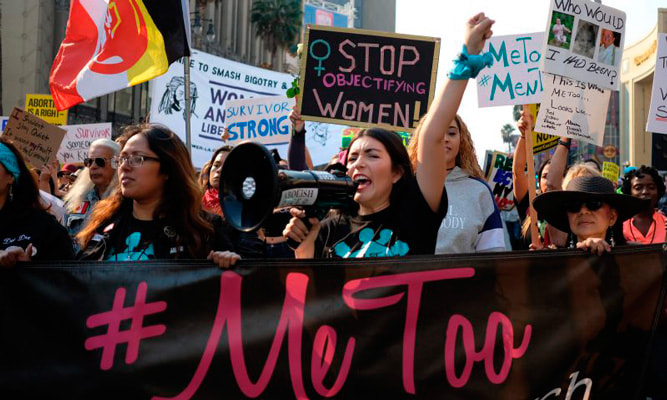 The silence from most of Hollywood would indicate that this may not be a year where the torch is picked up by the female directors, writers, actors and cinematographers of the Academy.  But the passion that fueled #OscarSoWhite and #OscarSoMale remains simmering on the stove.  At this writing BuzzFeed producer Julia Moser took to social media to announce her own Oscar boycott, “Gonna host my own Oscars this year.  It’s just me drinking wine and ranting about how much I love Little Women and The Farewell and Hustlers.” * 3 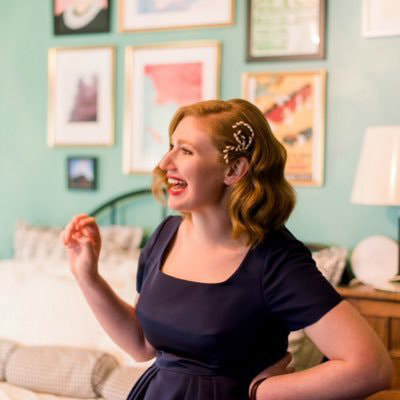 I hope that more of those disenfranchised artists do more this year than complain about the lack of representation during award season.  Politely waiting for conditions to change while the White Man in power gets “woke” never did win freedom, respect or equal rights. 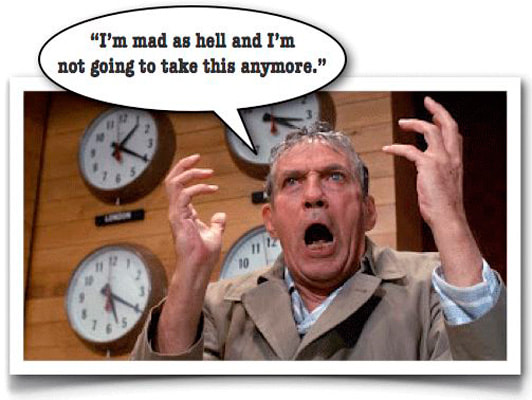 
* 2 Do the Oscars Keep Shutting Women Out of Best Director? This One Academy Rule Helps Explain It by Eliana Dockterman  January 13, 2020 https://time.com/5763937/oscars-2020-female-directors-shut-out/

Governors-at-large: (nominated by the President and elected by the board) – DeVon Franklin, Rodrigo García, Janet Yang