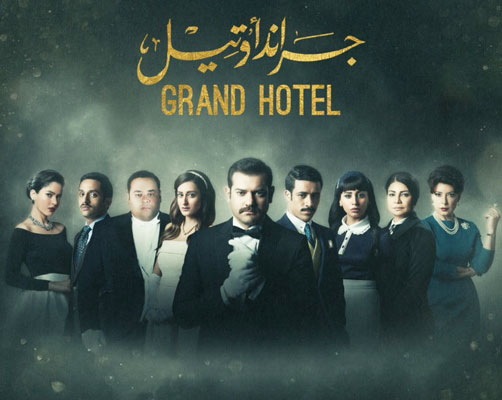 Grand Hotel / Secrets of the Nile on Netflix
​
by Paulette Reynolds
March 28, 2018

A co-production of Beelink Productions and Eagle Films
Following in the great tradition of Upstairs/Downstairs and Downton Abbey, Beelink Productions/Eagle Films delivers a fascinating peek into the Egyptian class divisions of the 1950s.  Set in Aswan, Egypt, the luxurious Grand Hotel is owned by the steely-eyed Kismet, who together with her smooth operator Murad (the hotel manager), keeps the action - and the class tensions - at fever pitch.  Intrigues and murder are on the daily menu as the servants and upper class management appear as one harmonious team, but everyone hides their secrets behind a false smile.
The hotel staff, lead by abrasive Sekina and her calm counterpart Siddiq, become unlikely partners with the arrival of head waiter Fouad, who is searching for his missing sister, Doha, a maid at the resort.  Love and passion spring up among Kismet's family members and the downstairs staff.  Fouad turns detective, and with the help of Kismet's daughter Nazli becomes embroiled in a riddle some 30 years in the making.
The production is nothing short of outstanding, and even passes the Bechdel Test*, where both women and men wonder and worry about love, the opposite sex and justice. Grand Hotel's ensemble cast work together in perfect balance as Good wins out over Evil, only to be thwarted at every episode's conclusion.  But the one character who stands out is the acrimonious Kismet, played to delicious perfection by Anouchka.  She will let nothing and no one - not even family - get in the way of her grand schemes.  My second favorite, Amr Youssef, won the 2017 Murex d'Or Award for BEST ACTOR as Ali-Fouad.
Grand Hotel is a Ramadan musalsal, or a miniseries that runs for 30 days, much like the 31 Days of Oscar (TCM) or Countdown to Christmas here in the U.S.  However, Arab television has us beat because they offer more than one miniseries during the holy period, meaning there's literally scores of these musalsals in the tv vaults.  The word musalsal means "continuous" or "chained" and while they may refer to their series as a soap opera, who would deign to use that phrase for a PBS melodramatic show?

Does the hotel looks familiar?  It should, because it's one of the locations for the film Death on the Nile in 1978.  Built in 1899 and called the Old Cataract Hotel, it still sits along the Nile River and played host to many famous legends - Agatha Christie for one.

So stock up on popcorn and settle into this wonderful drama, now showing on Netflix. 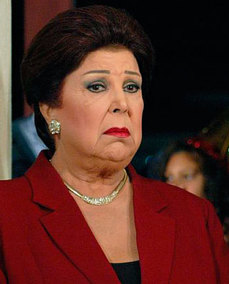 ​* Bechdel Test is a feminist benchmark for films and tv, examining whether two (or more) female characters can focus on anything other than a man.  Secrets of the Nile passes with flying colors, because not only do the women talk about situations and actions affecting their lives, the hotel and their futures; but unlike the other versions, the men also spend an equal amount of time connecting over their emotional conundrums.
The Gran: Spanish Miniseries 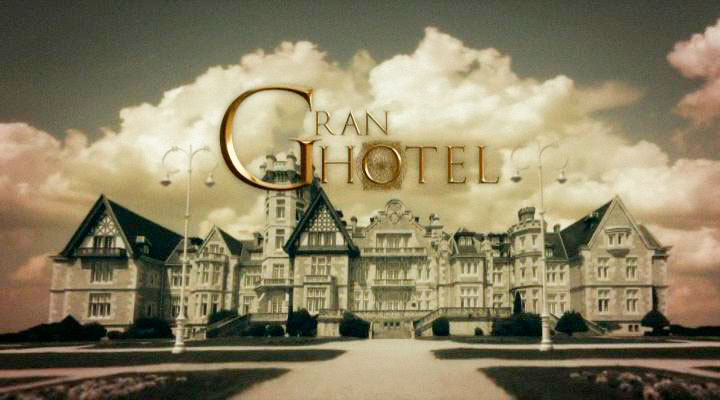 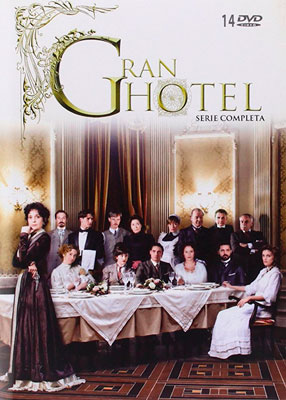 Love a mystery? Check.  Like a lot of romance thrown in? Check.  Want to cheer on the good side fighting evil? Well, check again.  And if you love binge-watching all three, then you're in absolute television bliss.

If you loved following the 30 episodic Arabic Secrets of the Nile/Grand Hotel 2016 miniseries, then the Spanish version - clocking in at 66 episodes - will more than satisfy.  For those who need reminding, the main plot goes something like this:
Worried brother searches for his sister, who was last working at the Gran Hotel as a chambermaid.  He poses as a waiter to gain entrance to rooms, the staff and the owners of this luxury establishment.  He's an honest lad - as well as handsome, brave and loyal.  He soon falls for the beautiful (is there any other kind?) daughter of the evil owner (a real piece of work in her own right) and they're consumed in secrets and passion before you can say 'dead body'.
The Head Chambermaid, her devoted son and his femme fatale co-worker toil amid their own secrets.  A prestigious family owns the hotel - the deadly viper mother, her indolent eldest daughter, the beautiful-brave-loyal younger daughter and (in the Spanish version) feckless son.  The hotel manager works 24/7 to please the demanding mother - in both mundane and murderous fashion - and a police inspector and his hapless underling are soon sniffing around the shadowy corridors.
The Spanish miniseries is the first production of the decade, running from 2011 to 2013, and it boasts a diverse set of elements from the Telenova genre:  class differences, social satire, corruption, single motherhood, and women’s rights, while featuring historical events/characters and colloquial dialogue. *1
Gran Hotel offers twice as much sex, murder, odd moments of humor, a long list of characters, adultery, associated deaths, illegitimate offspring and autopsies than its Arabic cousin, and therein lies the problem.  Several plot points, lapses in character development and continuity errors dot the pastoral landscape, giving the viewer time to sigh over them (How does a baby remain an infant for almost two years?). But thankfully the action quickly diverts us towards another dilemma that we're soon enmeshed in.
Watching both miniseries will keep audiences happy, since what one production lacks the other is sure to supply.  Some may love the profound character development in Secrets of the Nile.  Others will enjoy the sheer entertainment scope of Gran Hotel.

It's also important to keep in mind that there are cultural differences that American viewers may not understand.  It's best to savor the diverse expressions and appreciate how each ensemble cast brings the basic story and characters to life.  However, my money is still on Evil Widow Kismet, from the Arabic production, as the best female villain I've ever had the pleasure to see.  Played by Anouchka, the range of her venomous acts and single-minded narcissism is the stuff of legends.  Coming in a hot second is Detective Inspector Ayala and his doltish partner Hernando from Gran Hotel. 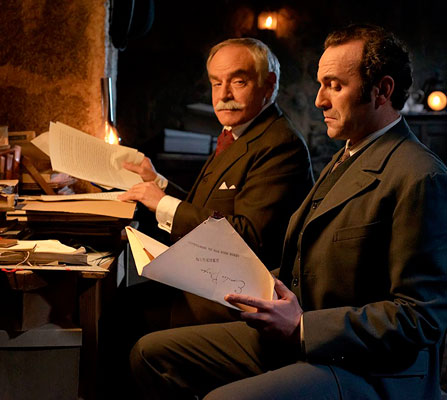 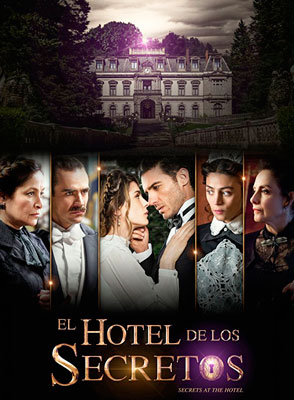 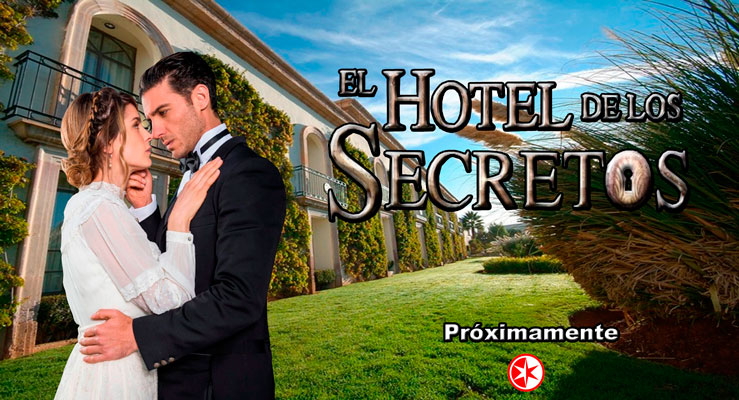 And hold onto your hats - there's a third version!  Now on Netflix, the 2016 Mexican series The Hotel of Secrets (El Hotel de los Secretos) has 80 episodes worth of murder, love and secrets for the intrepid viewer.  Catch Dominika Paleta, who is brilliant as Sofia, molding the pampered eldest daughter into a tormented soul who teeters on the brink of sheer madness at her intolerable situation.  And while Carlos Rivera won two awards as Andres, I still have a soft spot for Gran Hotel’s Llorenc Gonzalez’s interpretation of the good-hearted servant.  It’s also fascinating that Gran Hotel writers Ramon Campos and Gema R. Neira worked on this Mexican production, adding more texture to this beloved tale the second time around. 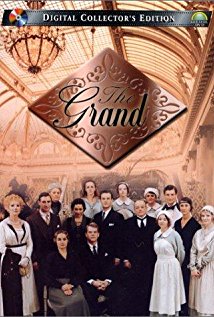 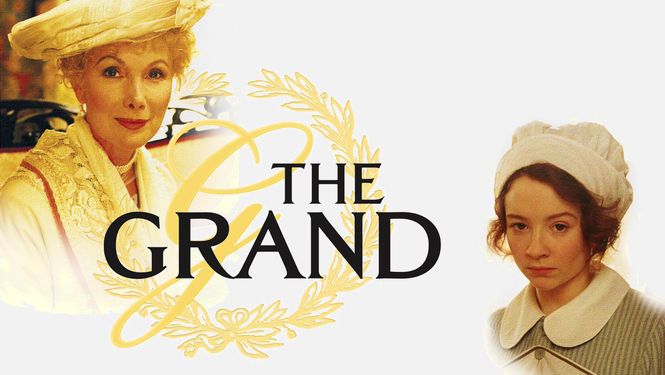 The twin books The Grand [1997 by Katherine Hardy] and The Grand 2 [1998 by Katherine John aka Hardy], are featured in the original televised series, The Grand, created and written by Russell T. Davies for Granada Television ITV from 1997 to 1998.

Set in Manchester, England during the 1920s, the most progressive change to the story was to transform Stephen Bannerman (played by True Blood’s Stephen Moyer and Ifan Meredith) into the returning daughter (Nazli - Alicia - Isabel) for the three international miniseries. This made them more female-centered, allowing the daughter to express more women’s issues and values.
At this writing, Latina powerhouse Eva Longoria is producing an ABC television production of the series, with Grand Hotel to be set in Miami Beach.  Tentatively program for the 2018-2019 season, it appears that the strong mature female character who rules the hotel is being replaced by a male - Gonzalo Cardenas -  played by Demian Bichir.  Unless he gets bumped off and his wife Gigi replaces him, look for this version to be a tepid copy.  The one positive light is that this series will feature more Hispanic talent, something sorely lacking on primetime television.
*1  The Museum of Broadcast Communication - Encyclopedia of Television - Telenova. Anthony La Pastina
http://www.museum.tv/eotv/telenovela.htm
COPYRIGHT 2012/2018. Paulette Reynolds.  All CineMata Movie Madness blog articles, reviews, faux interviews, commentary, and the Cine Mata character are under the sole ownership of Paulette Reynolds.  All intellectual and creative rights reserved.