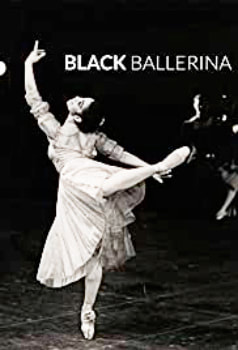 Director: Frances McElroy
To be young, gifted and Black,
Oh what a lovely precious dream
To be young, gifted and Black,
Open your heart to what I mean…
Nina Simone, 1969
​The world of professional entertainment usually welcomes a wealth of diverse talent to showcase gifted artists for our enjoyment.
But Black Ballerina highlights the lack of women of color in the exalted realms of ballet.  Following two generations of Black American ballet dancers, this short documentary looks at their quest to be accepted into the refined white world of professional ballet dancing.
First developed as a dance form for royalty and the upper classes of Europe in the 1500s, King Louis XIV encouraged the creation of a dance school in March of 1661, making it the first of its kind. 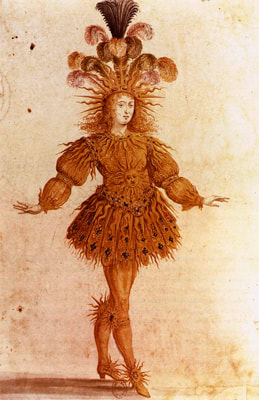 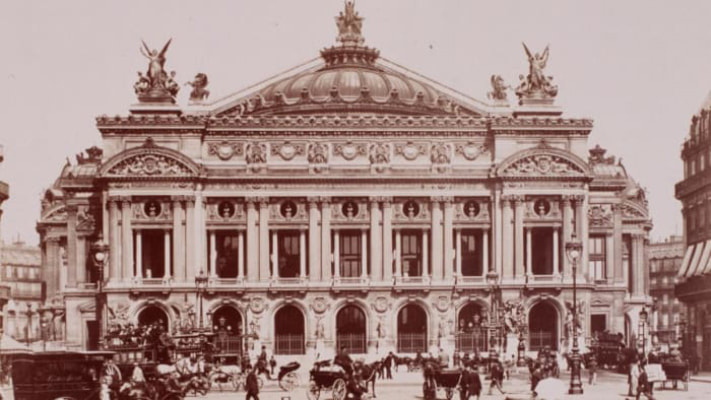 The Paris Opera House
Classical ballet focused more attention upon the male dancer in the beginning, as ballet was considered a "king's dance", that is, suitable for only for royalty and the upper classes.  By the early 1800s women became the principle dancers, and the Romantic art movement pushed the image of white women as delicate swans; floating upon another plane of existence, bolstered by stories that included elements of magic and folklore.  Perhaps no other dancer of the era expressed this ideal than the iconic prima ballerina, Anna Pavlova. 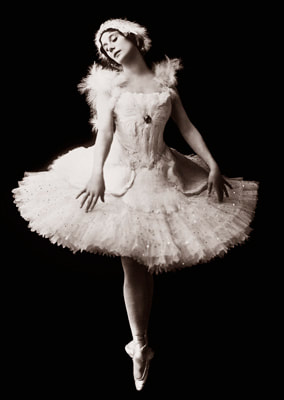 Agnes de Mille said, “A generation of dancers turned to the art because of her.  She roused America as no one had done…America became Pavlova-conscious and therefore ballet-conscious.  Dance and passion, dance and drama were fused.” 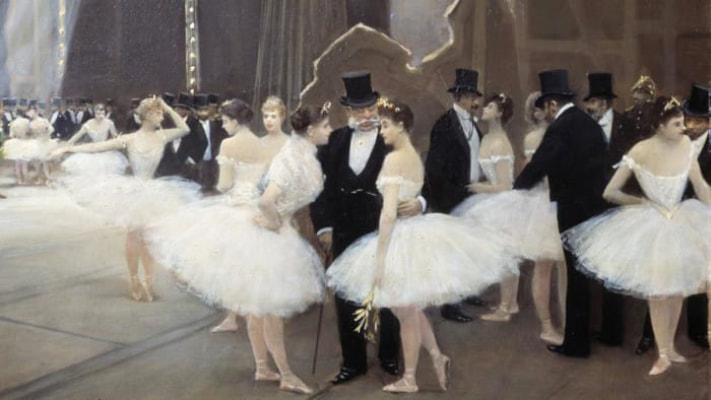 Ballet dancers and their 'benefactors'
(Credit: Leemage/Corbis via Getty Images)
It didn’t take long, however, for the dance world to become a sordid playground for sexual harassment and abuse.  Jean Beraud’s 1889 painting of ballet dancers at the Paris Opera House details the position dancers were expected to take.  “The ballet is…what the bar-room is to many a large hotel, the chief paying factor, then from which the surplus profits come.”  This quote from Scribner’s Magazine in 1892 indicated that the wealthy ‘benefactors’ of ballet had interests that went far beyond the craft of ballet - and the white swans were expected to comply with their ‘attentions’. *1 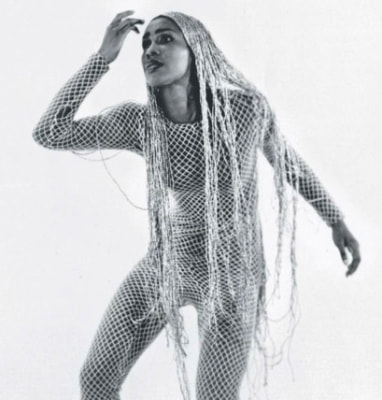 Betty Nichols of the School of American Ballet in 1943.
Flash forward to the 20th century, where race laws kept dancers off the stage in some southern cities. Ella Gordon opened The Gordon School of Dance in 1919 - what may be the first of its kind - in America for Black students in New York City. *a
Debra Austin was the first Black Principal dancer of the Pennsylvania Ballet, the first of a major American ballet company; and also the first Black female dancer at the New York City Ballet.
From there, director Frances McElroy charts the rocky history of four dancers - Joan Myers Brown, Delores Browne, Raven Wilkerson and Virginia Johnson - as they dance through the minefield of genteel bias - studying and auditioning - with mixed results.
Joan Myers Brown points out the stark truth, "It's mainly a white world.  The corps has to be lily white.  It hasn't changed."  Struggling to find her place in this world, she founded PHILADANCO.
Joan Myers Brown and Janet Collins
Janet Collins - the first Black ballerina to dance with the Metropolitan Opera in 1951, who danced as prima ballerina in Carmen de Lavallade.  She recalled how the Ballet Russe (during the 1930s) ordered their non-white dancers to color their skin with white paint before a performance.
“I have wondered if women have a harder time because ballet, as Balanchine said, is woman,” reflects Raven Wilkinson (the first Black dancer with the Ballet Russe de Monte Carlo). “That purity, that sense of leaving the earth and the romantic sense of being on point is the idea of the woman on the pedestal. Whereas the black woman is seen as more earthy and as dancing solidly.” *2
Frances Taylor Davis
Frances Taylor Davis joined Katherine Dunham Company and was first black ballerina to perform with the Paris Opera Ballet.  Married to Miles Davis, he pressured her to give up her career - and at a time when she was offered a film role in West Side Story.  ”A woman should be with her man. I want you out of West Side Story, ” and that ended her career - and later - her marriage. *3 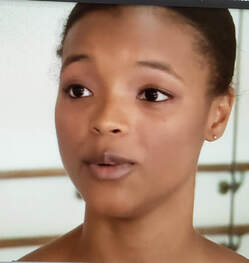 Bianca Fabre
Economic concerns can also derail an aspiring dancer like Bianca Fabre, who was forced to discontinue her training program for lack of funding.
Thelma "Mother" Hill
Thelma Hill - "Mother Hill" - was instrumental in co-creating the New York Negro Ballet Company (the early Alvin Ailey American Dance Theater), and an early dance-training program that would become the Clark Center for the Performing Arts. 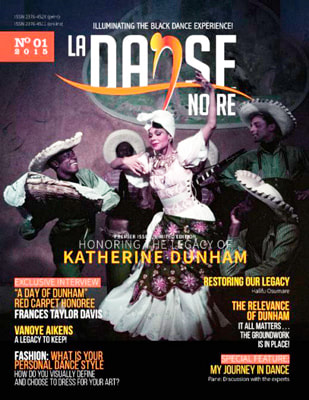 Virginia Johnson became a founding member and principal dancer with Dance Theatre of Harlem, where she remains its artistic director who also created Pointe Magazine.  Ms. Johnson’s theatre became a sanctuary from the elitism in ballet companies for Black dancers. 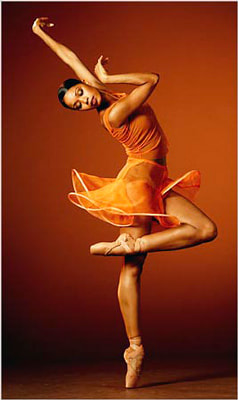 Ayesha Ash
Ayesha Ash joined the ballet corps of the New York City Ballet and then became solo dancer with the Bejart Ballet in Switzerland.  She retired and began the Swan Dreams Project that encourages Black girls to become ballet dancers. 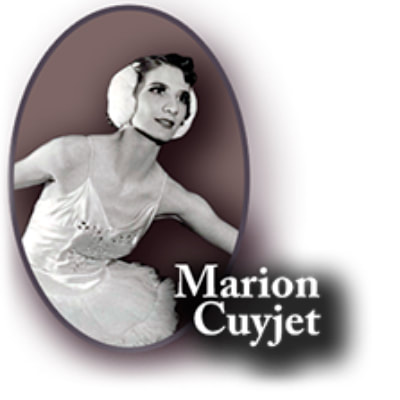 Marion Cuyjet founded her own dance school in Philadelphia for Black dancers during segregation.  Her famous student, Judith Jamison, recalled how she had to move and reopen her dance school seven times, once the landlord's found out she was passing for white.

Anne Benna Sims danced with the American Ballet Theatre and became the first Black soloist in their history.  She was once turned down for a part, allegedly because she was "too tall."  "Let's face it, this tall thing is a euphemism.  Oh, I am the tallest person in the company, by an inch.  Cynthia Gregory, one of ABT's stars, is one inch shorter - 5'7".  But Cynthia is also White.” *4
Black Ballerina, released in 2016, interviews a few people inhabiting the upper echelons of the dance community, and gives stars like Misty Copeland a cursory nod.  The documentary (at that time) sadly concludes that the lackluster show of support - and color-blind vision - would continue to shut out Black dance students.
But since that time, however, the winds of change blew in, creating more opportunities than Black Ballerina could imagine. 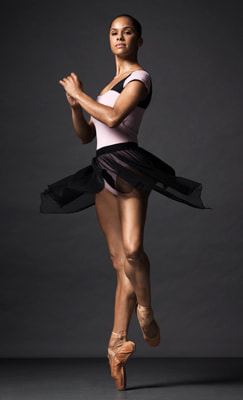 Inbred, exclusionary systems like white formal ballet companies won't change their hiring approach unless they're either encouraged or forced to do so.  Sometimes this comes from within, as American Ballet Theater's trailblazing selection of Misty Copeland as their principal dancer.  Misty shared with Vanity Fair that she feels “…A responsibility beyond my own ballet career: a responsibility to be a voice, a representation of hope for future and past brown ballerinas.” *5
Such encouragement is also found in creative projects like Black Ballerina, offering a way to raise the consciousness of the art community.  This documentary should be extensively screened at film festivals and private events, allowing guest speakers to fill in the historical gaps that McElroy’s documentary couldn’t explore.
Katherine Dunham - pioneer and prima ballerina at the Chicago Opera, formed her own school in 1945.  She became an icon of change as a choreographer, author and political activist.
But Black Ballerina suffers from tunnel vision, too, in its exclusion of other dancers of color - Asian, Latinx and Native Americans - and this lack of perspective points to a possible solution.  In the spirit of #TimesUp, change can also be achieved by embracing other displaced groups and working together to solve the problem of racism.
The Five Moons of Oklahoma - Yvonne Chouteau, Rosella Hightower, Moscelyne Larkin, Maria Tallchief, and Marjorie Tallchief - were five Native American prima ballerinas that broke a few more barriers for women and girls of color. 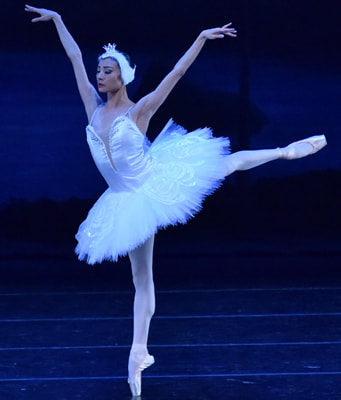 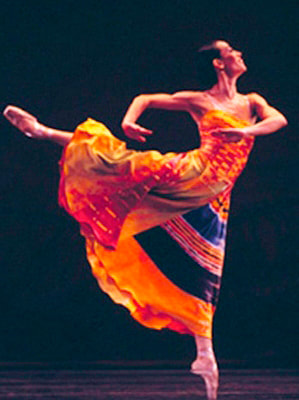 Evelyn Cisneros is considered the first Latinx prima ballerina in the United States and principal at the Boston Ballet School’s Marblehead Studio   “Teachers were hard on me. I said, ‘I’m sorry I don’t look like everyone else.’ I tried so hard to dance like everyone else. I had to put pancake make-up on my skin which had a light pink sheen so that I would physically match the other girls,” she recalls.  “I would get really upset. I didn’t want to look like everyone else. I wanted to be different.”  *6
Images of dancing corps de ballet in matching pink shoes was the standard for centuries.  This required Ballerina Cortney Taylor Key to use pancake makeup to color her pointe shoes to match her skin tone.  Pointe shoe manufacturers Freed and Gaynor Minden now offer a range of hues for dancers. *7/8
Ballet companies, despite their patina of upper class pretensions, are merely sites of employment, and as such should be punished when they fail to abide by equal opportunity labor laws:  filing complaints, forming a union, picketing, and creating a sustained movement is another approach to achieve racial parity for all dancers of color.
Professional ballet dancers don't need to twist their lives in a knot to do what they love.  And perhaps that's the one choice they haven't considered - that their power is in numbers - they’re not just separate orbs spinning around a stage, dancing at the whim of impresarios.  #BallerinasofColorUnite
Delores Browne, founder of the New York Negro Ballet company said, "I don't want to see anymore tokens.  I want to see numbers now.  Open the door, they'll walk right in.  And it will be rich and it will look like America."
The defining signal in the ballet industry happened in 2019, when Charlotte Nebres, a young SE Asian/Caribbean dancer, became the first Marie of color, dancing for the New York City Ballet in The Nutcracker.

​“Well, if I'm going to be doing this role…then I want to make it count…to make it special for everyone in the audience, and for the people onstage as well.  I want them [the audience] to feel empowered…because you get to see someone like you onstage, and it makes you think, 'Oh, well maybe I can do that, too, because if she did it then I can.’ “ *9
The Future of American Ballet
References:

*a MoBBallet.org
https://mobballet.org
Curating the Memoirs of Blacks in Ballet

Project Plie
https://www.abt.org/community/diversity-inclusion/project-plie/
Launched in 2013, working to promote “diversity & inclusion” for students of color in ballet.