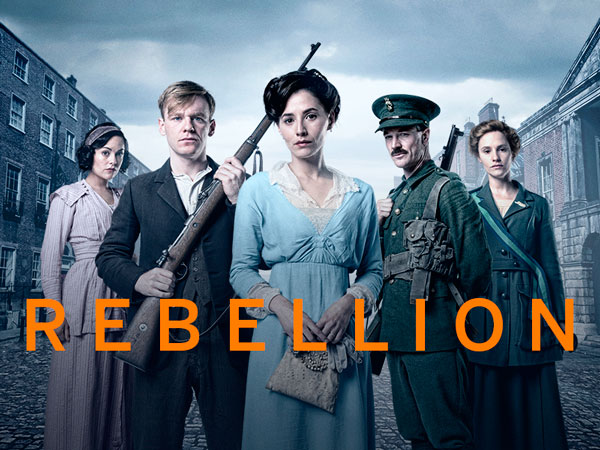 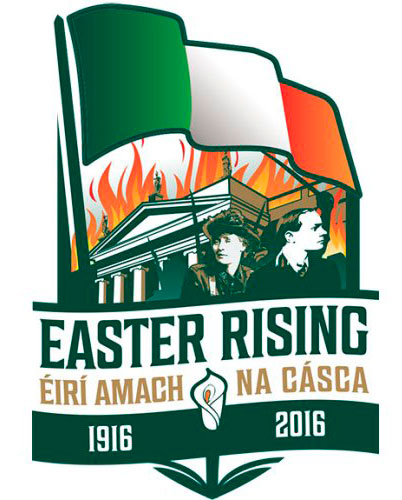 Ask any Texan how they feel about the Alamo at your own risk, because it's a defining moment in their struggle for independence.  At the time it was considered a failure, but it sparked a flame that roused all Texans to arms and ultimately to their freedom.  So query gently and step back, because you'll get one long history lesson told with heated passion and a never-ending supply of pride. 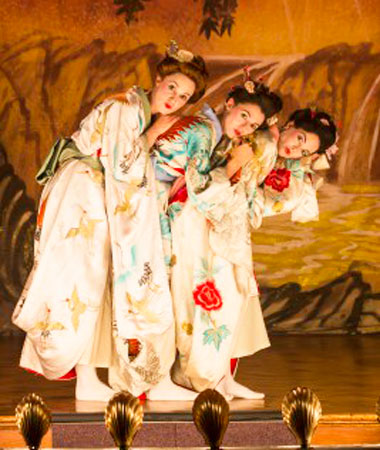 The RTE (Radio Television Ireland) production of a central battle for a free Ireland is a bit like that, too.  Rebellion loosely centers on three women - Frances, Elizabeth and May - and how they navigate their private and political lives in the midst of the Irish Easter rebellion of 1916.  Their story opens with them performing, "Three Little Maids from School are We", a song from the Mikado, a play that epitomizes the era of British imperial dominance.  This short scene and a few terse post-opening credit lines are all that explains the bitter 800 years of British rule before we're propelled headlong into the Irish struggle for freedom during Easter week of 1916.
On April 24, 1916, roughly 2,000 members of the Irish Republic Brotherhood, the Irish Volunteers, the Irish Citizen's Army and the Irish Women's Council (Cumann an mBan) took over several strategic buildings in Dublin, and thus began the Easter Rising.*  Lasting for six days, Rebellion examines the tangled emotions of those affected, from the very poor Irish citizens, wealthy British bureaucrats, Irish and English soldiers, the Irish activists and local clergy.
Just as Rebellion gives a diverse perspective on the conflict through its characters, it brings to mind a wonderful 1943 war film, The Edge of Darkness, starring Errol Flynn and Ann Sheridan.  The film centered on a small occupied village in Norway and how everyone - both Norwegian and Nazi - saw the war and their role in it.  Although rarely played on television, it's the best WWII film - second only to the masterful Casablanca - that brings the multi-faceted fight into sharp focus.
Rebellion sifts through a multitude of motives that define the fate of its characters, where everyone is caught between a rock and the unyielding hard place.  This fight for self-rule impacts Frances, Elizabeth and May by forcing them to make hard choices, based on their gender and nationality, and their decisions are left open to a fluid interpretation that only comes in wartime.  The abrupt surrender of the rebels leaves some fighters angry at the decisions of their leaders, while others go to the gallows with fierce pride.  Yet the lasting result saw more of those uncommitted citizens on the sidelines moved to throw themselves to participating for the greater good of their homeland.
The miniseries plays to an audience well-versed with its backstory, so it speaks in a cultural shorthand, and sadly this is the fatal weakness of Rebellion.  There is no prologue or epilogue to anchor the story, so it tends to shift chaotically between scenes of fighting, brutality, sex and impassioned speeches, leaving the uninformed viewer totally adrift.  Yet this historical saga maintains a hold on us because of a strong cast who delivers brilliant performances without any hint of artificial sentimentality.  So this point can be overlooked, for if nothing else it encourages everyone to immediately Google 'the Irish Rebellion'.
PBS premiered a marvelous documentary, The 1916 Irish Rebellion, commemorating the one hundred year anniversary of the uprising in March.  Narrated by Liam Neeson, it thoroughly brings to light this momentous period in Ireland's history and is an essential companion to the miniseries, together with Briona Nic Dhiarmada's book, The 1916 Irish Rebellion.  Watch the documentary, view the miniseries and then read the book for a three dimensional experience into the Easter Rising.
* THE 1916 IRISH REBELLION: A March Book and PBS Documentary, Director: Pat Collins and Ruan Magan. PBS. March, 2016. Film
http://undpress.nd.edu/posts/123