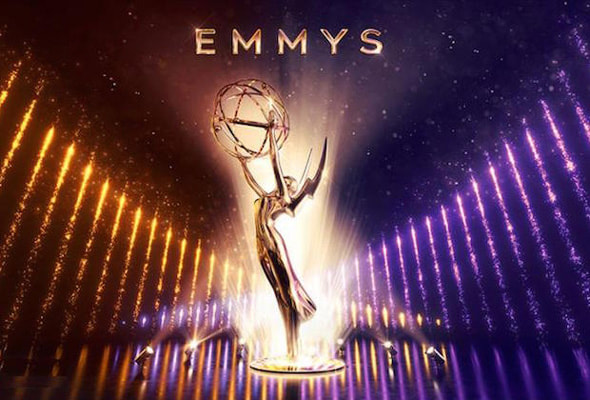 by Paulette Reynolds * July 20, 2019
In our household, summer is marked not by the sweat on our brow, but by the Emmy award nominations.  This year’s choices will - no doubt - be hotly debated online and in print, but for us at Cine Mata, here's a few personal favorites from the  2018/19 season. 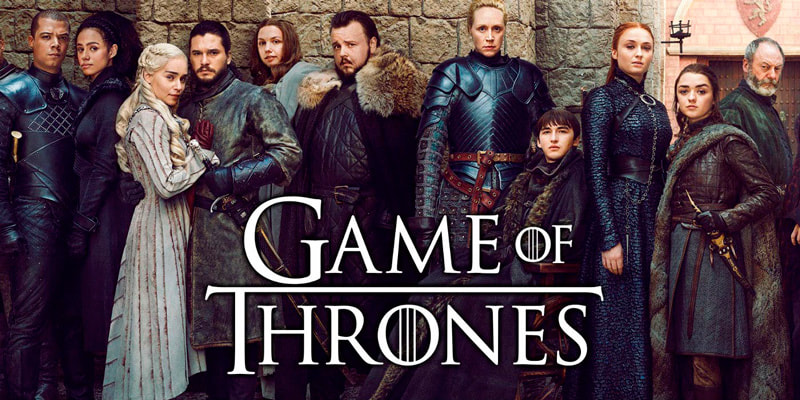 Of course, HBO's Game of Thrones season - and series finale - caused a social media meltdown for fans and critics alike.  This reviewer - like so many others - faithfully watched the saga of Westeros for eight years, connecting with favorite characters, hissing the villains and hating the plot holes.

The most glaring one was the shoddy character about-face of Daenerys from saint to sinner, simply so the writers could end the series with an unlikely male king.

Several of the other female characters fared no better: Sansa got to feed her abusive hubby to the dogs but did little else, Brienne got to bed her best friend Jaime, only to be left standing around crying in a dress, Yara Greyjoy was benched for the entire final season, Jon Snow was resurrected in place of Lady Stoneheart, and Cersei could've easily telephoned in her part.

A few plot developments simply didn't make sense for the male characters, either.  Why kill Littlefinger - the only human villain - off so early?  Would Grey Worm really accept Jon Snow's treachery against his queen without retaliation?  Bronn sat out the last battle - really?  And making Jon Snow the central focus of the last two seasons drove GoT to a slow crawl.  In the end, the Starks got their revenge on everyone and Jon ended up - once again - estranged from them, (such is the lot of a bastard son).

It's puzzling that HBO decided upon a revisionist treatment for GOT, given their recent success with women-centric shows like Big Little Lies, Sharp Objects and Gentleman Jack.  The lack of women directors (four episodes directed by one woman) and writers (four episodes written by 2 women) over a period of eight years and 78 episodes indicates that the epic fantasy genre is still seen as through the male narrative.

​While HBO is planning several prequels spinoffs, future productions can't be taken seriously until they correct this blatant discrimination against the industry's female directors and writers.
WHAT WE DO IN THE SHADOWS
What We Do in the Shadows is FX's sleeper hit comedy that borrows The Office formula and gives it teeth - well, vampire teeth, anyway.

Three vamps - duo Nadja and Laszlo, plus elder Nandor - putter around their dark mansion with the help of Nandor's familiar, Guillermo (whose sweet pathos deserves an Emmy nod).  Energy vampire Colin loves to suddenly appear and suck up all the available power with endless monologues.

​The trio's attempts to adjust to the weirdness that is Staten Island challenges their limited social skill set and results in utter chaos.  But you'll never meet a more lovable group of blood suckers.
GENTLEMAN JACK
Gentleman Jack, HBO’s newest woman-centric series, gives us an engrossing look at the life of Anne Lister, a woman who dared to live as an open lesbian in England during the Regency period of the 1830s.

​Anne's 4 million word journal gives us an intimate look at her world of wealth and privilege, as she confidently strides through life eschewing female dress and feminine wiles.  Equally passionate about managing her family's prosperous farm and an active love life, Gentleman Jack also allows us to see the repercussions that accompany her living out loud and proud.
KILLING EVE
BBC America’s Killing Eve was easiest the most mesmerizing women-centric program this year, as season two proved that Jodie Comer and Sandra Oh are the power couple to watch.  Ms. Oh's vulnerable Eve explored more of her feelings about everyone in her world - her cheating husband, her snarky boss, and her adoring coworkers.  But as always, Eve was happiest when immersed in her musings of Villanelle.

​And surprisingly, MI6 chief Carolyn Martens was only too happy to throw them together on a deceptively simple assignment that never went quite according to plan. 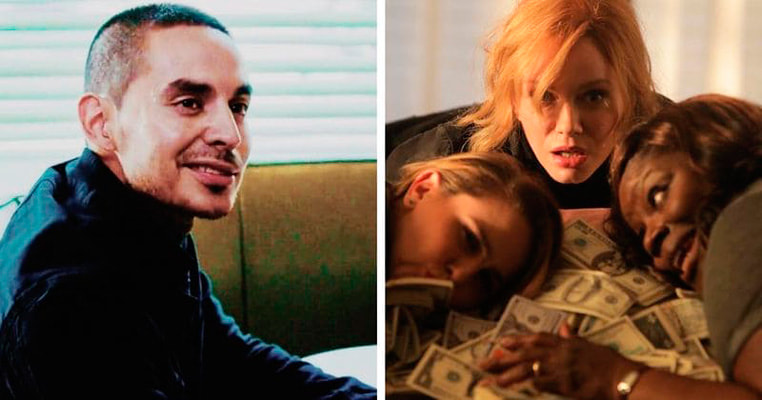 Good Girls asks what happens when three women decide to supplement their income by embarking on a mini crime spree?  Season two of the NBC hit continues exploring the dark side of suburban sisters-in-debt with Beth, Ruby and Annie lurching from one crisis to another in their attempts to have it all.

​Good Girls does a remarkable job of showcasing three very different women who are desperate to break out of their cookie-cutter lives for something something more meaningful.

Amid bodies in the flower garden, sweaty hook-ups, hard lessons in crime and moments of feminist angst, we're glad that one of our favorite shows is coming back next year to entertain us. 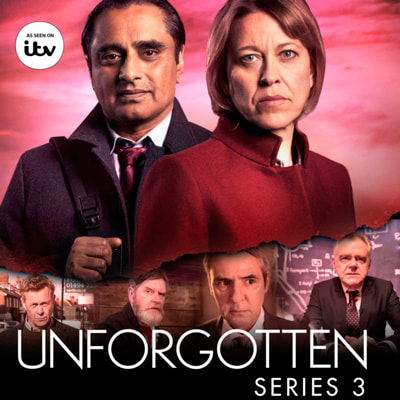 Nicola Walker dominates every scene of PBS Masterpiece, season three of Unforgotten, and why not?  Her detective Cassie is committed to closing murder cases on the far side of dead, as she displays a relentless patience and unnerving focus that promises resolution - but not before she goes off on a tangent.  Her equally devoted partner, Sunny, adds the vital counterbalance of unconditional loyalty as they race against to close out another cold case.
DESUS & MERO
Desus & Mero - or everyone's favorite Bodega Boys - are enjoying their first season on Showtime, and Cine is loving it!

​The synergy between this great comedic pairing is fascinating to behold as Desus Nice and the Kid Mero riff on politics, personalities and popular culture in the studio and on the streets of New York.  And let’s not forget their “illustrious guests” like Ava DuVernay, Spike Lee, Megan Rapinoe and Alexandria Ocasio-Cortez!

The duo are lost in a rut until their complacency is shaken by a double kidnapping and a death.  Haunting them for the next 20 years, they struggle amid self-recriminations, talking to beloved ghosts and following up every tangled lead they can find.  As with all three seasons of the True Detective saga, the character development is even more fascinating to behold than the actual solving of the case.
MRS. WILSON
Mrs. Wilson is a limited series on PBS Masterpiece that features Ruth Wilson, playing the widow of her real-life grandmother, Alison, married to a spy who refused to come in from the cold - because he shared so many warm beds with so many wives.

Her grandmother searches for the real Alexander Wilson and discovers herself instead, after getting the runaround from two of his MI6 handlers, Karim and the fabulous Fiona Shaw as Coleman.  Ruth Wilson - also known for her thrilling portrayal of psycho doll Alice in Luther - maintains a delicate balance between sanity and hysteria in this gripping story of love, disloyalty and rebirth.
VICTORIA
PBS Masterpiece also gave us season three of Victoria, but it began to unravel early, with faux fights between the petulant queen and her prince, plus a false scenario involving her half-sister’s bid for attention.  Sadly, Masterpiece's crown jewel is much like the current royal appendage - totally without function, but still financially coddled while Parliament wields all the power.  Victoria and Albert's mood swings aren't really worth watching anymore, but Laurence Fox as Lord Palmerston certainly is!
FOSSE/VERDON
After FX’s fabulous Feud: Bette and Joan hit show, I was polishing my DVR, waiting for the time when I could tape their latest creative limited series with obsessive anticipation.

Hmm.  The Hollywood buzz quickly dissolved into an unpleasant drone as I watched episode one of Fosse/Verdon.

​Michelle Williams was spot-on as Gwen Verdon, the Broadway powerhouse who captivated everyone that was lucky enough to see her dance and sing onstage.  A star like Verdon needed a large stage to dominate and for those of us who’ve had to rely on her films, her power as a performer might feel a bit lost on the small screen.  But Williams’ portrayal of the co-dependent Verdon, locked in a lifetime relationship with legendary director, choreographer, serial seducer and addict Bob Fosse is stunning.

Unfortunately, All That Jazz precedes Fosse/Verdon by 40 years, and since it repeated some of the same material, those scenes tasted like a stale bagel.  Gwen and Joan Simon’s friendship (during Joan’s battle with cancer) provides a perfect respite from the disaster that was the Fosse/Verdon coupling.  Yet, as with all historical treatments, Hollywood takes great care to cast Neil Simon as the grieving widow, but skips over the reality that he quickly dispensed with mourning to marry Marsha Mason.

Don’t misunderstand me - Fosse/Verdon is another classy production for FX and Sam Rockwell scores yet another artistic home run for nailing the charming and talented Fosse.  But stringing along their roller-coaster marriage for six episodes becomes almost too painful to watch, as Fosse’s bloated ego and addictive personality clashes with his creative genius.

​I felt much like their young daughter, Nicole, who often caught her parents in emotional exchanges that hurt too much for everyone in the room.  And in the unforgiving light of the #MeToo generation, watching Bob Fosse psychologically strong-arming a young dancer into a one-night stand makes one thankful that his brand of ‘genius’ is gone.
Ok, a few of our choices are too freshly minted to be considered for this year’s Emmy nominations, but Cine Mata always loves to play the maverick card.  And it gives you a chance to enjoy them before the Emmy madness of 2020.
COPYRIGHT 2012/2019. Paulette Reynolds.  All CineMata Movie Madness blog articles, reviews, faux interviews, commentary, and the Cine Mata character are under the sole ownership of Paulette Reynolds.  All intellectual and creative rights reserved.