As the 2014 fall/spring TV viewing season begins to fade to black, Ms. CineMata has instructed me to share her thoughts on its telegenic highs and lows during the sunny side of June.

"I am, after all, needed on the red carpet!"


Many may scowl as I've left off reviews of Mad Men, The Walking Dead, etc - but really, there's only so much small screen viewing Ms. Mata can tolerate. Keep checking back for updates, since we know that the TV season never really ends!


The '-ish' that started it all - this snappy and smart show broke new ground, focusing on the black voice, vis a vis the Johnson family, living in upper scale suburbian bliss. Bill Cosby this ain't. Movie veteran Anthony Anderson brings his family into our homes to show us how he's "keeping it real" for his socially-conscious wife, Rainbow and their four yuppified children Zoey, Andre Jr, Jack, and Diane. It's a hard-knock life alright, as Dre serves up his own skewed brand of logic at his advertising job and at the dinner table, where friends, family and coworkers all seem to need his particular set of coping skills. Each episode delves into another look at black culture, as Dre frantically attempts to street-smart his family as they happily embrace what he sees as White Culture. Cheering him on from polar opposite viewpoints are his divorced parents, Pops and Ruby.

ABC has a winner here - and they know it - given its social media buzz and it's renewal for Season Two. The only false note is the inclusion of the Inevitable White Dumb People. True, everyone on Blackish gets the FunnyDumb treatment, but that doesn't make it any the less backwards. Perhaps breaking some really new ground might take another season or two? 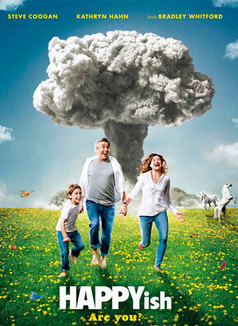 
Showtime has brought us a well-written (really, it has to be said!) new effort in the I'm-As-Mad-As-Hell-And-I'm-Not-Going-To-Take-It-Anymore school. It's refreshing to see a show like Happyish, where there are multiple views, rather than just a one "hero" perspective. The white collar sage zeros in on the Paynes, a sortofhappy family of Dad (Thom), Mom (Lee), and their son (Julius).

Thom strives to practice detachment from his advertising job (does every male television father have to carry a Mad Men Club card?) while Lee vainly searches for the perfect haven to create. Poor Julius just craves a little attention from the world around him, in order to justify his existence.

The adults have their anger level set on Nuclear Reactor, grimacing and gritting their teeth at every 'last straw' moment, a skill that both Steve Coogan and Kathryn Hahn are pitch-perfect in executing. They go from 0 to 101 at the blink of their jaundiced eye, as Julius expresses his passive-aggressive feelings in tones of muted grey. What keeps us from souring on Happyish is the glimmer of hope, lovingly tucked into each episode as the Paynes manage to enjoy a single slice of quality Family Time. 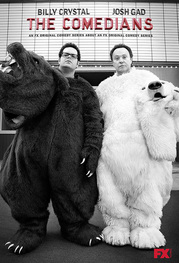 Take a dour comedic veteran and a clueless newbie and plop them into a blossoming sitcom. Mix in a reality show redux - a la The Office formula - now stir in a few muddled situations and cameo cast interviews and you have FX's The Comedians. Well, not quite - Billy Crystal and Josh Gad star as themselves, attempting to combine their oil-and-water temperaments as they teeter-totter from one faux pas to another overwhelming mess. Let's hope that FX will renew this sleeper comedy for another season of chuckles. 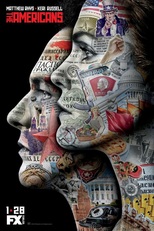 
Season Three had us on the edge of our remotes, wondering whether doubting daughter Paige would rat out Mom (Elizabeth) and Dad (Phillip) to her pastor or next door FBI neighbor Stan. Phillip's crisis of conscious begins to have legs and Elizabeth starts to rely a little too heavily on the KGB, while enjoying the perks of bedding a job. The spy vs. spy agencies continue to fail at out-maneuvering each other as Phillip's second wife reaches the breaking point - just how far did he go in dropping his cover to keep her hooked? The absolute season highlight was the addition of Frank Langella and Margo Martindale's return as fellow KGB compatriots, attempting to navigate around Phillip's hostility as they hope to recruit Paige for the Motherland. Keep wishing. 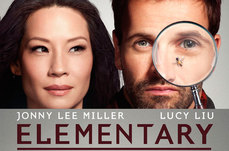 Elementary finally went there in the Season Three finale with us wondering - did Sherlock just go on a three-day lost weekend? This series continues to fascinate Sherlock addicts like myself with unusual crimes and plot twists. The romantic in me would love to see Sherlock and Watson steam it up, but he's carrying a torch for the incarcerated Irene "Moriarty" Adler…sigh. 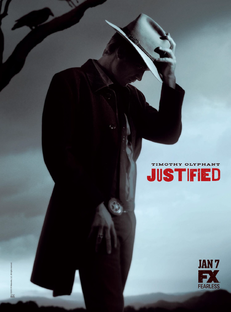 
Justified Series Finale - Season Six brought dueling friends, Rayland Givens and Boyd Crowder, some closure for a fine finale. The show's highlights was the storyline involving guest Margo Martindale, who stole Season Two as Mags Bennett - and an Emmy award as well. Another guest who chilled our marrow during Season Three was Robert Quarles, fearlessly played by Neal McDonough, who starred in a 2014 Cadillac commercial that sparked a mini political cluster cry. And recurring cast member Jeremy Davies won an Emmy for his portrayal as hapless Dickie Bennett.

Eva found happiness as a suburban mom and Rayland's long-suffering wife finally snagged him home to the joys of hearth and parenthood. We'll miss Nick Searcy and Erica Tazel, one character who needed more than just a few lines and a perpetual scowl. It might have been nice to show them still carrying on, making Harland County a safer place. 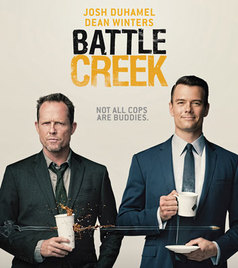 Ok, sometimes a TV show bites the dust, angering its devoted fan base. This reviewer, who also happens to be a fan of Dean Winters, must shrug it off (philosophically speaking) - after all, Battle Creek was doomed to fail. Consider: No sex, no gratuitous violence, and crammed into a Sunday primetime slot. If numbers one and two don't get you, number three will. Sunday evenings are feature sports and special holiday programs, which means the shows slotted to fill 7, 8, and 9 p.m. viewing times will get bumped. This creates a vacuum in the mind of the viewer - who unless they DVR their favorite shows, will soon forget a new show that is still struggling to capture the hearts and minds of an audience - especially an audience that's tailored for the 18-49 demographics. Luckily, I DVR EVERYTHING and am well out of the demographics so rabidly sought after in Hollywood.

What did Battle Creek have that caught my attention? Two words: Dean Winters. Anyone remember the toxic 'Mayhem' character from the Allstate ads? Enough said. Winters plays a Michigan cop unwillingly (is there ever any other kind?) paired with Think Happy FBI agent Josh Duhamel. This sweet and sour duo worked hard all season, fighting against bad guys and substandard writing to finally make it to cancellation. It's a shame that CBS didn't move Battle Creek to a different night at the first signs of trouble or add/fire a couple of the writers. But we all know that television ratings wait for no man - or men in this case. The writers will get moved to another show and another forgettable show will take its place. But I'll keep a weather eye out on the horizon for yet another Dean Winters project. Don't keep CineMata  waiting!
Recurring Cute:
Mike and Molly * The Big Bang Theory * The Mindy Project * The New Girl

Just how long can a hit sitcom like The Big Bang Theory still be entertaining? I fear the answer lies somewhere at the close of Season Six, but then again, I'm not an optimistic 20-something who is still on the edge of their seat over Will-Sheldon-and-Amy-Ever-Make-It? We know they will - Season Six saw the popular couple sharing kisses and playing Intergalactic Fantasy Sex.


This season finale had Sheldon and Amy breaking up, just as he finally found the courage to get her a ring! Everyone else's storyline pales. It's rather annoying to see the "main" characters (Jim Parsons, Johnny Galecki and Kaley Cuoco-Sweeting) nabbing uber-rich salaries AND most of the screen time at the expense (ya, I know!) of popular peons Simon Helberg, Kunal Nayyar, Mayim Bialik, and Melissa Rauch - squeezed in as an afterthought - especially Amy! Look forward to yet another revelation about salary inequality, just before Season Nine begins. Sigh...

Mike and Molly continue to have bright spots in a series that "could" suffer from Molly star Melissa McCarthy's movie moonlighting, but luckily the ensemble cast is strong enough to stand on its own. The highpoint that kept me close to the screen on season finale night was Victoria and Carl's almost engaged-complete-breakup- and Mike's sudden loss of a beloved partner. Whoa! I did not see that one coming - Season Six can't come soon enough for this fan.

Of course, the only show to highlight a minority actress gets dumped by Fox and picked up by Hulu all in one breath. Rather than wonder why Fox would cancel this gem we should thank the Hulu gods for snapping up this hit. The season finale revealed Mindy's shocker that she hadn't even told her family about Danny and their breakup. I guess this broke reviewer will have to search for bootleg copies of Season Four.

The New Girl continues to mystify me as to how it's even still on the air: If the Goofy Girl shtick of Zooey Deschanel doesn't grate on your last nerve, there's always the improbable decoupling of her and Nick for ratings effect. The only bright spots in Season Four were Winston trying to date a political activist - who hates cops - without revealing his cop job and Schmidt and Cece finally getting engaged. The dead weight of Coach was thankfully removed, so perhaps they can focus on Winston's search for love in all the wrong places.
COPYRIGHT 2012/2015. Paulette Reynolds.  All CineMata Movie Madness blog articles, reviews, faux interviews, commentary, and the Cine Mata character are under the sole ownership of Paulette Reynolds.  All intellectual and creative rights reserved.