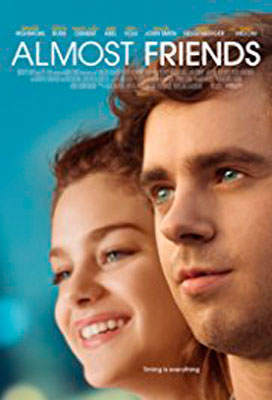 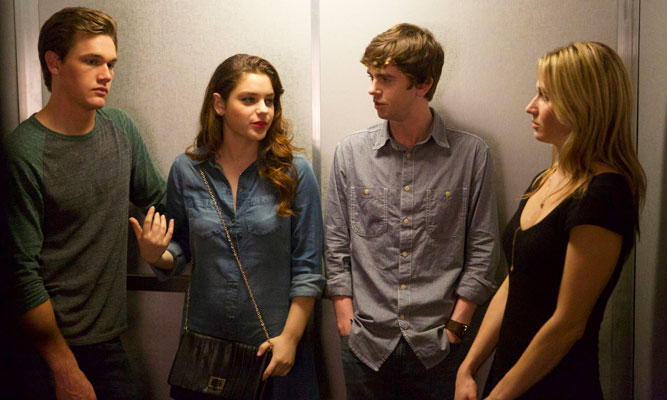 Sometimes when I’m watching a film, I find myself mentally listing the reasons a film gets produced.  (To entertain, inform and inspire the audience, Paulette.).  I imagine the cast banding together, eager to breath life into the screenplay.  (They had hope and enthusiasm, Paulette.)  And I see the director, agonizing over every detail of this latest creative project.  (The visionary at work, Paulette.)
And then I realize I’m doing it again - I’m trying to rationalize a bad film into a more meaningful experience.

On paper there’s plenty to like about Almost Friends - a solid cast, a modest script, and a tame production.  But then, these are the very elements that begin to fall apart after the first ten minutes.
Freddie Highmore, (child star of Willy Wonka fame), again plays another likable Charlie, but this time he’s grown up.  This Charlie is a colorless, cardboard character, who literally sleepwalks through his life and 101 minutes of this coming-of-age film.

​Sadly, everyone else follows suit, with the exception of Christopher Meloni, Marge Helgenberger and David Chattam, who refuse to join the Walking Dead club.  Joel Osment (from The Sixth Sense) plays Charlie’s best bud, Ben, who tries to liven things up with his oft-repeated phrase, “shitty coffee”…sigh. 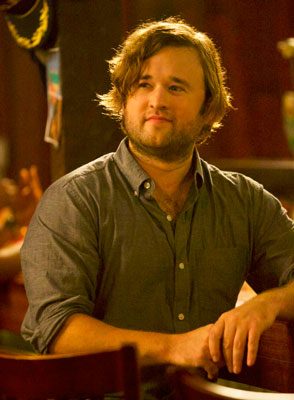 I suspect that the script read better at the start of production, but director Jake Goldberger just couldn’t translate his romantic screenplay into a language that sparkled with energy. The viewer is left to helplessly watch as  Almost Friends limps to a dead-end finish, probably thinking (Did I actually pay money to see this?).
​For some real acting thrills, watch Freddie Highmore in the A&E hit series Bates Motel and Odeya Rush in Lady Bird.
COPYRIGHT 2012/2018. Paulette Reynolds.  All CineMata Movie Madness blog articles, reviews, faux interviews, commentary, and the Cine Mata character are under the sole ownership of Paulette Reynolds.  All intellectual and creative rights reserved.