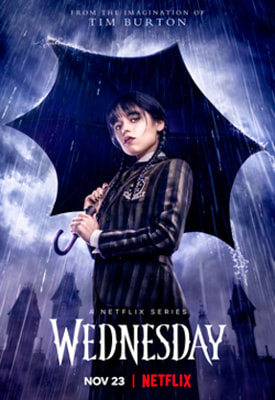 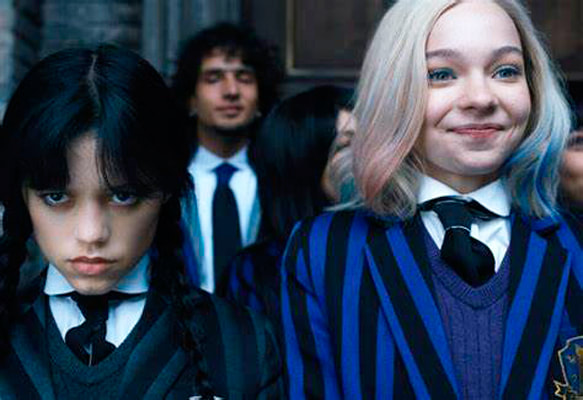 "When I look at you, the following three emojis come to mind:
Rope. Shovel. Hole." 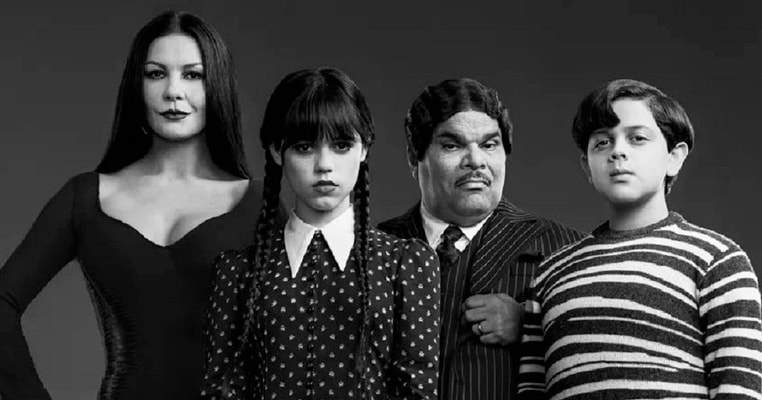 And this new Addams family is fabulous, from a cryptic Morticia to the Charles Adams - appropriate Gomez. There’s her brother Pugsley, chubby and long-suffering, plus Thing - who finally becomes a real three dimensional character - complete with battle scars. Grandmama went missing, unfortunate since the story featured a rabid witch hunter that she could’ve easily handled. 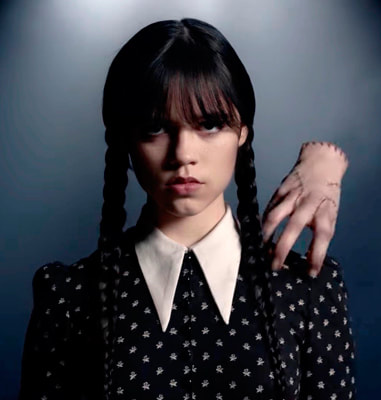 The story takes place at the Nevermore Academy, where Wednesday is sent after punishing Pugsley‘s tormentors at yet another school. The academy is filled with the generic blend of creatures that seem to be invading the CW world of television fantasy: sirens, werewolves, gorgons, and shape-shifters. In typical defiant mode Wednesday doesn’t want to leave her comfort zone, but has learned to embrace the traditional nursery rhyme, “Wednesday’s child is full of woe”. 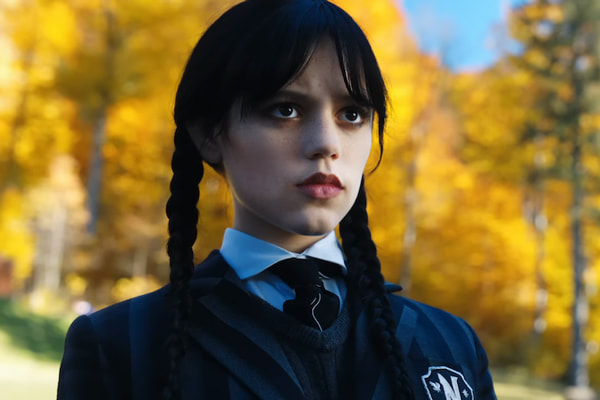 The townspeople (“normies”) do little to truly welcome the Nevermores, which creates an uneasy atmosphere of detente in a town whose history is built on a Bible-thumping puritanical mob, once led by the crazed Puritan minister, Joseph Crackstone. Fast-forward to the present, where Normies are content to blame Nevermore students for a string of murders plaguing their little hamlet.
Wednesday gets drawn into these violent deaths when one of their own is attacked, and becomes obsessed with bringing the perpetrator to justice and clearing the school’s tarnished image. Our hero also spends the school year learning how to tolerate her roommate and peers, bend a few rules, and breaks a few hearts (No, not literally.). 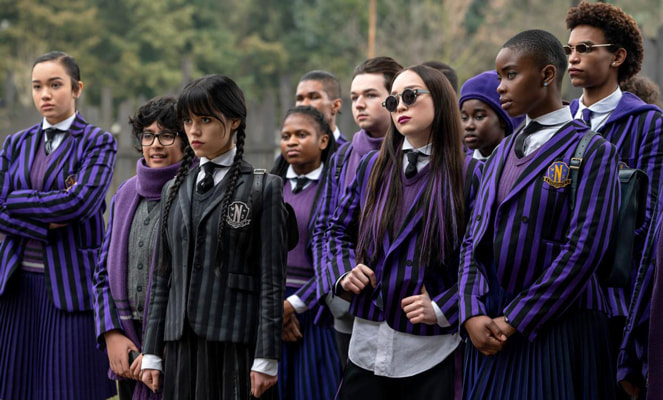 It’s inevitable that comparisons will be made between Hogwarts and Nevermore, but despite the usual magical connections, Wednesday’s school year will feel more familiar to viewers; as the students face issues and situations that resonant a uniquely universal experience. And the teenage girls don’t wait around for permission to take the lead or speak truth to their power. 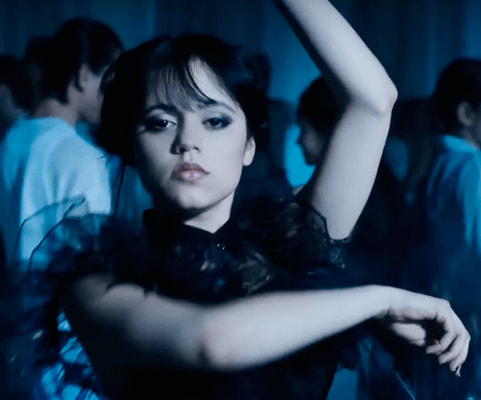 The diverse cast, headed by Jenna Ortega, keeps the action seamlessly flowing along, serving up snappy dialogue and enough plot twists to seduce viewers into a "just one more episode" happy trance. 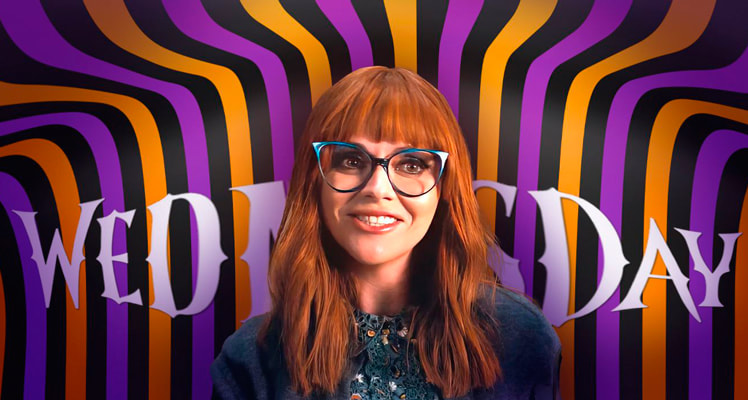