When psychiatrist Lacan formulated his theory of the mirror image in the 1950s, he was referring to the infant’s discovery of themselves as a meaningful object; thus, the Ego was formed.

Film critics applied Lacan to a number of philosophies on cinematic looking, but it took British feminist and film theorist Laura Mulvey to take this concept to the next level in the early 1970s. By giving it a name she also gave it a purpose, minting the phrase “the male gaze” and asserting that essentially men viewed women as sex objects – and that this objectification existed in all films:

“Men do the looking; women are there to be looked at. The cinematic codes of popular films ‘are obsessively subordinated to the neurotic needs of the male ego.’” [1]

While Mulvey focused solely on men viewing the female characters on the screen, the females in the audience were left searching these cinematic women for the appropriate visual clues as to how they should be objectified in their everyday lives. Or were they?

It would be another 20 years before film theorists decided to consider the female spectator and how she felt about what role models were being offered for viewing. Another British film theorist, Jackie Stacey, devoted an entire book to the subject, Star Gazing, gathering female subjects for a study on viewing American films during the WWII years. She developed a broad examination of how women use their own gaze, both passively and actively:

“… Powerful female stars often play characters in punishing patriarchal narratives, where the woman is either killed off, or married, or both, but the spectators do not seem to select this aspect of their films to write about. Instead, the qualities of confidence and power are remembered as offering female spectators the pleasure of participation qualities they themselves lacked and desired.” [2]

I began this article with a quote about ego identification, which seems like a fitting point to keep in mind about the iconic feminist film statement of Thelma and Louise.

This Oscar-winning film of 1991 chronicled the coming-of-age for two working-class women, Thelma and Louise, as they strike out on the mama of all road trips. Each is running from relationship issues that involve absent men: Louise’s boyfriend Jimmy is gone for long stretches because of work and Thelma’s husband Darryl is absent because he cheats. Thelma’s response to Darryl’s infidelity and control issues is to be the perfect wife, clipping coupons and keeping a tidy house. Louise – a rape survivor – answers Life in general by hiding behind a tough outer shell, which keeps everyone out, including Jimmy and those repressed and unresolved memories. Yet we sense that underneath their poor coping mechanisms is a simmering rage, because – yes – we’ve all been there. 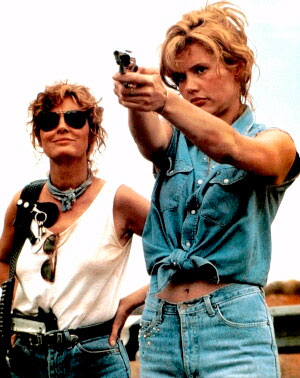 The vacation develops into a lost weekend of murder, crime and acts of revenge (and sweet sex), triggered in part by violence directed at them from a variety of arrogant, entitled men. I say in part because Thelma’s passive-aggressive urges frequently surface, leaving Louise to clean up the mess like a good surrogate big sister.

Thelma and Louise’s acting out allowed the female spectator of 1991 to connect and identify with Susan Sarandon and Geena Davis in an immediate way. This universal understanding, and approval, was instant - after all, what woman hasn’t been lied to, disrespected, and abused verbally or physically by some man in her lifetime? In a world directed and controlled by men, they did what we often wanted to do. When that truck blew up in a glorious angry ball of fire and heat, that was our exploding anger. The violence may decrease as the movie progresses, but Thelma, Louise – and we – become comfortable about their actions as the film winds down, because they were now tapped into our veins, nourishing our battered spirits with acts that said, “See? We recognize your anger, cause we’re angry – and we’re not going to take it anymore.”

They showed women violently dealing with their anger at patriarchy – perhaps for the first time since the great noir films of the 1940s and 1950s. These were nervous and high-strung working-class women and they weren’t content to sit still anymore. They were proactively dealing with their situations – and what was more – they weren’t going to apologize for those actions either. This is what ultimately led to their doom, for two women to boldly act like men with unapologetic violence towards their oppressors had to be punished. 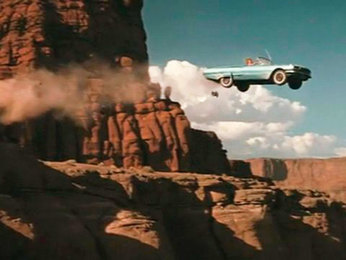 And then, cornered like a couple of scared girls, they ran their car off a cliff.

Sitting in that theater, 24 years ago, I felt like I had been victimized. My diffused anger and rage at societal norms of men getting away with gender abuse and violence had suddenly been given a voice. But in a heartbeat, we were all told that those forbidden emotions – reserved only for men to freely express – were not a viable option for us to act upon. The lesson was shoved down our throats – abet in a truly melodramatic “chick flick” way – that we would literally careen off a cliff if we explored those feelings too deeply, screamed too loudly. We even had a coach in the person of Detective Hal Slocumb – a sensitive soul who spent most of the film gently talking to our heroines like they were wild animals, needing to be calmed down before they used the tranquilizing stun gun.

After all, what would have happened if they had been caught or turned themselves in? They might act as role models for other women to reflect upon. What a scary thought to keep millions of men tossing and turning at night – and not in a good way. Some may argue that their suicide was an existentialist “fuck you” to the orderly world that Man had created for Woman, and that they freely chose to die to keep their “dream” of freedom as they went out in a blaze of glory. But such rationalization rings a bit hollow to this reviewer.

If the male gaze finds a “woman’s film” difficult to digest, it might be because the stereotypes they’re familiar with may not be so neatly drawn. Thelma and Louise must have been such a film for many males, who were – no doubt – highly uncomfortable at the images of the female response to discrimination. Even today, most rapes go unpunished, most battered women still live in fear and many women still remain passive in the face of verbal abuse. One can only imagine how vindicated the male audience felt when Thelma and Louise took a nose-dive off the Grand Canyon. The male gaze was once again pacified at the expense of the female audience. 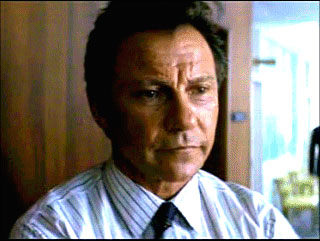 Yet, Thelma and Louise is hailed as a definitive feminist statement by women, film critics, Hollywood, and – oh yes – men. I disagree. A film that spends 128 1/2 minutes making a bold statement, only to cop-out during the last 30 seconds is just that – a film that sold out women with a cautionary ending to satisfy societal expectations – or more importantly – societal fears. The issue of the “male gaze” has less to do with psychologically driven male angst and more to do with propagandizing females to direct our gaze away from empowered images of ourselves, regardless of who writes the script.

Yet something good did come from Thelma and Louise. Remembering that females are “responsible for purchasing 50 percent of all movie tickets” and are “more frequent moviegoers than males in the 18-24 year old demographic ($4.2 million vs. $3.3 million)” [3], movie studios took notice at the 1991 box office receipts for two “feminist statement” films – Thelma and Louise grossed $45 million in the spring and Fried Green Tomatoes followed up with a tidy $119.4 million in December.

And so, the age of the female-centered movie – for the sole pleasure of the female spectator – had arrived. By 1995 Dolores Claiborne was able to get away with murdering her abusive husband and The Quick and the Dead’s Sharon Stone could freely seek revenge for the death of her father. 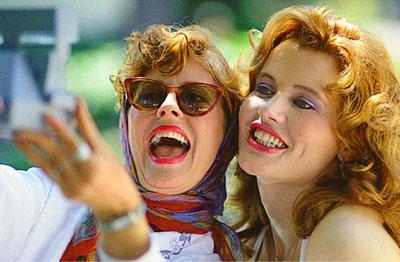 During the film, Thelma and Louise strike a pose and immortalize themselves in what may be the first screen selfie. The two friends look exactly how they want the world – both female and male – to see them: happy and empowered. They control the camera, and while one level of Thelma and Louise becomes discarded, another stronger image remains fixed within us. It doesn’t matter who writes the scripts – and in many cases, who directs the film – it’s the female spectator of today who has the power to gaze, anyway that she chooses.