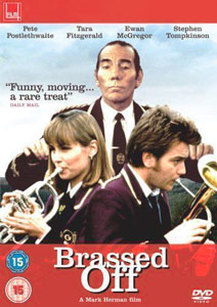 Written and Directed by Mark Herman * 1997
Americans today are suffering through what is turning out to be a long, slow economic decline, after the blush-flush promises of the 2008 presidential elections. Rising gas and food prices, the falling value of the dollar, and long unemployment lines have given rise to disillusionment, anger, and the growth of grass roots movements on both the right and the left sides of what is fast becoming a politically polarized country – for America, that is.

Americans naively think we have the most politically astute populace in the world, but Britain claimed that honor centuries ago. While conservative cable news shows feature dynamic round-table discussions on whether President Obama is really a socialist, at the same time their liberal counterparts are slicing into political personalities and movements they deem as right-wing nut jobs.

Well, relax – America! No one does working-class anger and analysis like our British cousins from across the sea. And OHLand has a film to prove it. 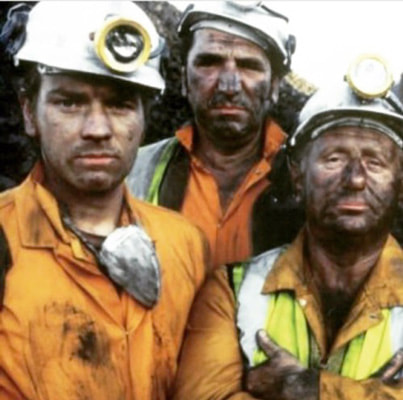 Brassed Off takes place in Grimley, a small mining village in Worchestershire, England, threatened by the possibility of their mine closing. Tara Fitzgerald plays Gloria Mullen, a surveyor for the Grimley Mining Company, whose job is to create a study that she thinks will keep Grimley open and save jobs.

“My figures show Grimley has a future. It’s a profitable pit,” she tells Andy, her friend, fellow band member, and old flame.

Ewan MacGregor, as Andy Barrow, is one hard realist who schools her in the ways of management’s shady plans over coffee one night.

“Your report means as much to them as we do. . . bugger all. . . And those good eggs at the head office think they’ve done all they can. Oh dear. . . they’ve been very fair, very reasonable. Done their best, done their sums and - oh dear - they just don’t add up! They’ll have to close another pit – a shame – and they probably made their decision while you were still in college.
Gloria can’t understand why Andy will vote to keep the mine open then, if the majority of miners will be voting for “redundancy” - to close the mine and take a buy-out.

“No hope – just principles”, he replies.

Amid the backdrop of this drama, Gloria and Andy’s budding relationship suffers a few bumps and bruises along the way. A few of the more vocal Grimley Colliery Brass Band members accuse Andy of being a scab and Gloria a management sellout until almost the bitter end. The film intersperses strike scenes and family drama with rousing band numbers, as they practice for a musical competition. 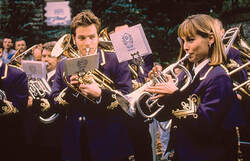 The late – and great – Peter Postlethwaite, portrays Danny, the orchestra’s leader – in good times and bad. The musical numbers represent the spirit of the town as the villagers grapple with their pressure and problems. He encourages the band members to keep going, no matter what, even if it means the further deterioration of his own poor health. Danny believes that the band can win first prize, which symbolizes their collective spirit - undaunted and unbowed.

During her viability study report to management, Gloria discovers that Andy’s predictions are all-too accurate, right down to the timing of their decision to close Grimley. Gloria discovers that she too has principles and resigns her cushy position, which ultimately enables the band to travel to the band finals at Albert Hall. 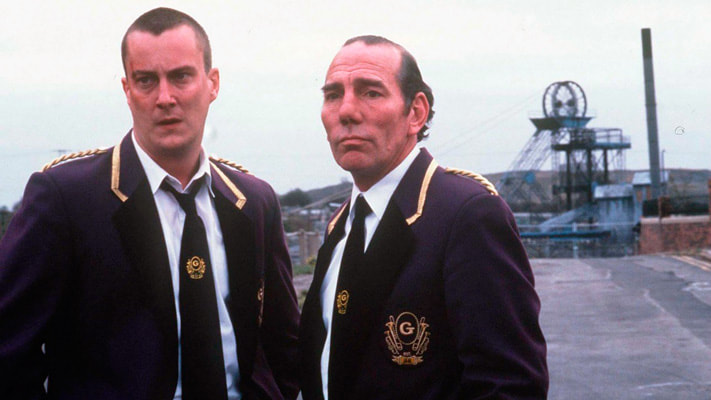 The band plays on, even though many of the members are cynical and demoralized, knowing that their lives will be forever changed as a result of management’s callous actions. And although Grimley closes, Danny and Gloria are able to rally the Grimley Brass Banders to play their hearts out in London at the National Band Competition, winning first place.
Danny: “...over the last ten years, this bloody government has systematically destroyed an entire industry. OUR industry. And not just our industry - our communities, our homes, our lives. All in the name of "progress". And for a few lousy bob. I'll tell you something else you might not know, as well. A fortnight ago, this band's pit were closed - another thousand men lost their jobs. And that's not all they lost. Most of them lost the will to win a while ago. A few of them even lost the will to fight. But when it comes to losing the will to live, to breathe, the point is - if this lot were seals or whales, you'd all be up in bloody arms. But their not, are they, no, no they're not. They're just ordinary common-or-garden honest, decent human beings. And not one of them with an ounce of bloody hope left. Oh aye, they can knock out a bloody good tune. But what the fuck does that matter? And now I'm going to take my boys out onto the town. Thank you.” *

And the political band plays ever onward... 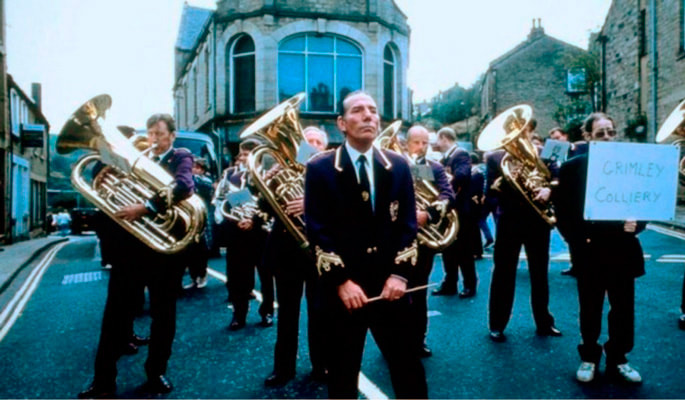