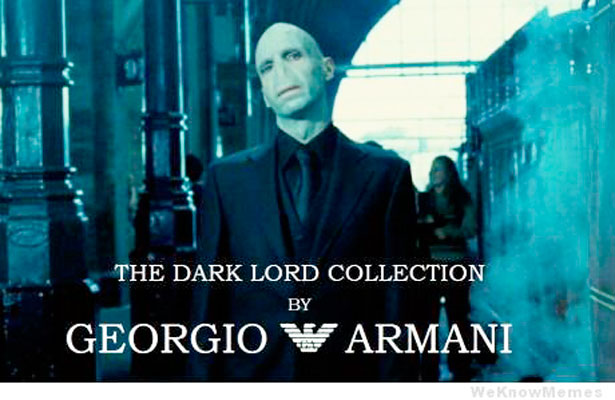 You know them by such title tags as The Heavy and The Villain. We can tell by their sidelong glance – sneaky, with just the right touch of menace – that we’re in for a treat. Hollywood heavies usually become typecast pretty early in their careers, and often critics are quick to dismiss them in favor of the big name above the title. But Cine Mata can’t help but have a soft spot for these actors who specialize in embracing their inner anti-hero.
​                                   February 28, 2017 / Paulette Reynolds 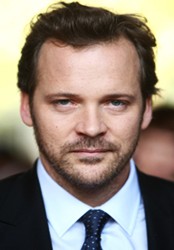 Peter Skarsgard – as John Lotter in Boys Don’t Cry, as Gene Carson in Flightplan, as Fitzgerald in Knight and Day, as Dr. Hector Hammond in Green Lantern.

[On his wide range of offbeat parts.] "I just pick the best roles that are left over, and they usually aren't the heterosexual, leading-man, non-drug-addict parts. And once you get into doing them, people know you do them." IMDb 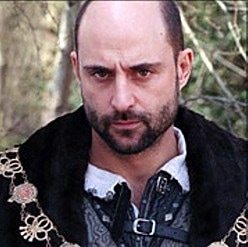 Mark Strong – as Sir Godfrey in Robin Hood, Lord Henry Blackwood in Sherlock Holmes, as Sir John Conroy in The Young Victoria, as Septimus in Stardust, as Frank D’Amico in Kick-Ass.
​
"If you think about Shakespeare, you remember Richard III and Macbeth before you remember Ferdinand, whose role is just to fall in love and be a bit of a wimp. I love the baddies. More important, though, is making the baddies somehow, weirdly, understood." 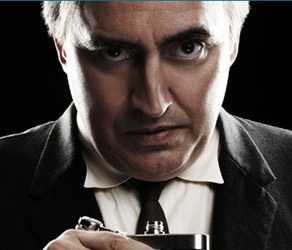 Alfred Molina – Dr. Otto Octavius in Spider-Man 2, as Maxim Horvath in The Sorcerer’s Apprentice.
​
"I love being added to that list of English actors playing villains. I guess somewhere in the history of American film and television someone decided that the English accent sounded somehow villainous." IMDb 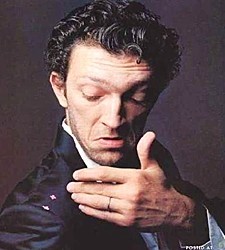 Vincent Cassel – as Kirill in Eastern Promises, as Thomas Leroy in Black Swan, as François Toulour in Ocean’s 12/13.
​
[on playing villainous characters, notably Jacques Mesrine] "People pretend to be nice, people pretend to be smooth, and polite and everything, but this is only an appearance because the way we're built as human beings is only in paradox and contradictions. So I guess, you know, when I read so-called baddies, I think they're more human than heroes most of the time." IMDb 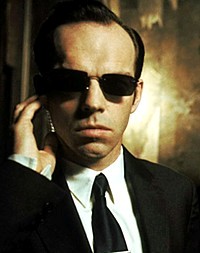 Hugo Weaving – as Agent Smith in the Matrix Trilogy, as Megatron in Transformers, as Red Skull in Captain America.
​
"You're certainly pushed into selling yourself as a commodity in order to sell the product. I will engage in the selling of the film. But I will try not to engage in the selling of the image, because I find that it's easier to go on and make another film, because the next character is actually obstructed if your image is bigger than it. So the longer you keep the mask on, metaphorically and physically, the better." IMDb 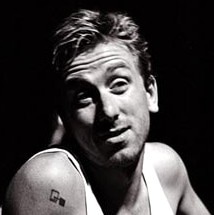 Tim Roth - as Thade in Planet of the Apes, as Archibald Cunningham in Rob Roy, as Marquis de Lauzun in Vatel.
​
"I'm not a method-ist actor. I don't really have to go live in a hut in the tundra to play an accountant. People tell you that's what you should do because it's what De Niro does. It never worked for me. I've always been able to learn what I need to learn from the script." IMDb 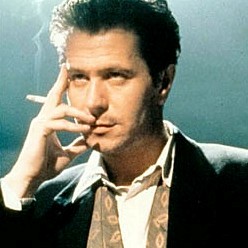 Gary Oldman – as Zorg in The Fifth Element, as Dr. Zachary Smith in Lost in Space, as Ivan Korshunov in Air Force One, as Lee Harvey Oswald in JFK, as Rep. Sheldon Runyon in The Contender.
​
"Any actor who tells you that they have become the people they play, unless they're clearly diagnosed as a schizophrenic, is bullshitting you." IMDb 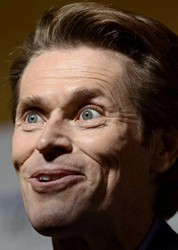 Willem Dafoe – as Max Schreck in Shadow of the Vampire, as Green Goblin in the Spider-Man Trilogy, as Armando Barillo in Once Upon a Time in Mexico, as John Henry Carpenter in Auto Focus.
​
"I never act. I simply bring out the real animal that's in me." IMDb 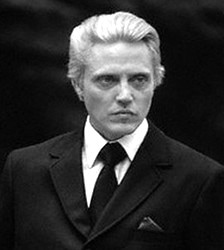 Christopher Walken – as Brad Whitewood Sr. in At Close Range, as Max Schreck in Batman Returns, as Frank White in King of New York, as the Hessian Horseman in Sleepy Hollow, as Cornelius Hatcher in The Rundown, as Max Zorin in A View to Kill, as Hickey in Last Man Standing, as Feng in Balls of Fury.
​
"Is typecasting really a problem?" IMDb 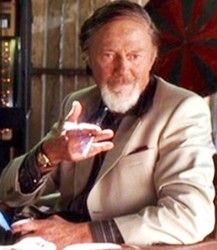 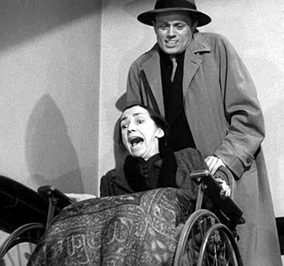 
Richard Widmark – Truly unforgettable as gangster Tommy Udo in The Kiss of Death. Also played in Murder on the Orient Express, Night and the City, No Way Out, Don’t Bother to Knock, and Coma, just to name a few.
​
[speaking in 1976] "The heavies in my day were kid's stuff compared to today. Our villains had no redeeming qualities. But there's a new morality today. A villain is a guy with a frailty. Heroes are villains." IMDb
COPYRIGHT 2012/2017. Paulette Reynolds.  All CineMata Movie Madness blog articles, reviews, faux interviews, commentary, and the Cine Mata character are under the sole ownership of Paulette Reynolds.  All intellectual and creative rights reserved.