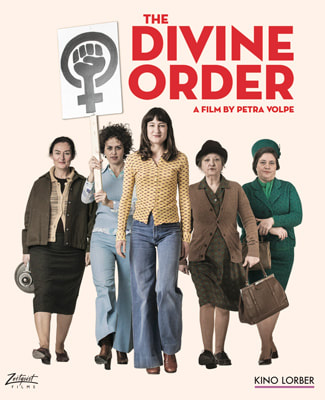 Marie Leuenberger/Nora, Maximilian Simonischek/Hans, Rachel Braunschweig/Theresa, Sibylle Brunner/Vroni, Marta Zoffoli/Graziella, Bettina Stucky/Magda
Long before the digital age of social media, the world seemed a big, disconnected place.  We relied on the 24-hour news cycle for information and printed books for our ideas.  It was easy to become land-locked mentally, looking at Walt Disney's tune "It's A Small World" as an outdated childhood lesson in the Good Neighbor policy, pushed by space age politics.
The world of Swiss housewife Nora Ruckstuhl is pretty small in 1971.  Her placid life is filled with a laundry list of predictable activities that center around her loving husband Hans, inquisitive boys, sour father-in-law and routine housekeeping.  One day, encouraged by the images of independent women in a magazine, she talks to Hans about going back to work.
"Why?" he asks.
"Because I want to do something different," she says.

Since the nation's laws forbid a married woman working without her husband's permission, he predictably says no, and jokingly suggests they have another child to chase her “boredom" away.

But later that night, as she's weaving a story for her boys about exploring different places in the world, Nora begins to sense that she's missing out on a vital part of life - enjoying the same fundamental rights as her husband.
A few days later, the self-appointed village spokesperson, Miss Wipf (and chairperson of the local anti-suffrage vote for women), speaks to her sewing circle against the upcoming referendum on national voting rights for women.  She extols the virtues of a woman's privilege to serve as a wife and mother, calling it "the divine order" - and predictably warns that it's against nature to want such things as liberation and voting - after all, where will it lead?  When Nora openly refuses to donate to her cause, she takes a seismic step forward, and with it her world shifts into high gear.
While Hans goes off to serve his two weeks of military reserve duty, this leaves Nora to make better use of her free time.  Since one thing always leads to another, she and her friends end up venturing to the big city. Once there they take part in a suffrage demonstration, a workshop on female sexuality and clubbing.  Suddenly, Nora's world doesn't seem so tiny! 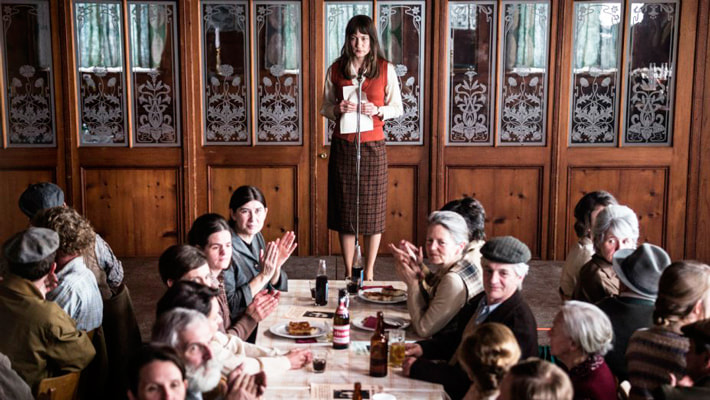 Emboldened by their first taste of feminism, the women decide to hold an informational community meeting at Graziella’s restaurant, which is packed with curious women and openly hostile men.  As designated speaker, Nora must struggle with her own fears about speaking up and contending with the rowdy group.  Hans chooses this moment to return - just as the smug Miss Wipf rallies all the men against their cause. 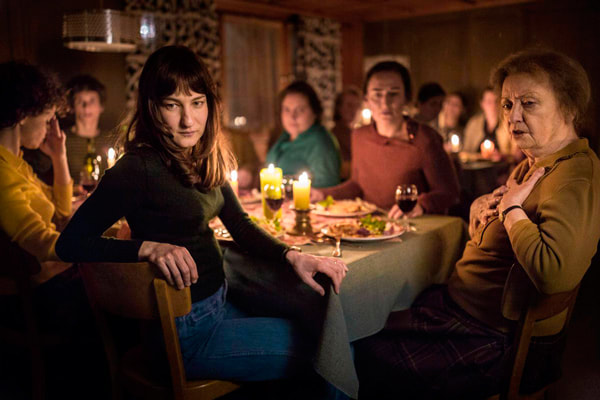 Undeterred, Nora and her compatriots decide to take things up a notch and go on strike at home.  Camping out in the restaurant disturbs the town’s divine order and this inspires more women to join the protest.  Predictably, it forces the men to handle their own affairs in different ways:  Hans and her boys learn what the kitchen is for, the men at work begin squabbling and the mood dangerously escalates throughout the entire village.
Director / Screenwriter Petra Volpe * Cinematographer Judith Kaufmann
Like Ibsen's Nora in A Doll's House, several pivotal events will test our hero's commitment to herself and her newly-formed ideals.  What makes The Divine Order such a strong story is the creative team behind the camera:  Director/screenwriter Petra Volpe and cinematographer Judith Kaufmann are dedicated to forging a female-driven narrative, employing a careful balance of drama, comedy and light-hearted sex. 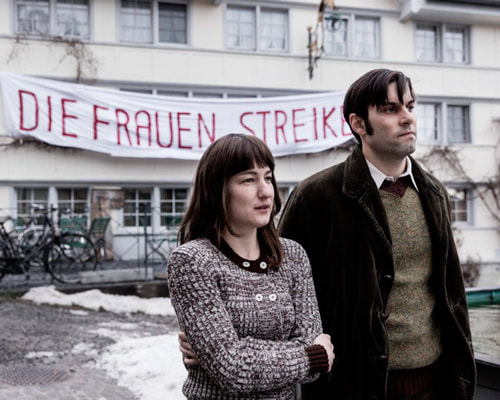 The Divine Order harkens back to the Cult of Domesticity, a patriarchal philosophy from the late 1800s, where sexism was codified world-wide.  Like racism, its start began centuries earlier, as the church and state carved out societal expectations for both genders to follow.  Volpe and Kaufmann’s film examines this rigid belief structure through the lens of an uncompromising female gaze - all the way to the finish line. 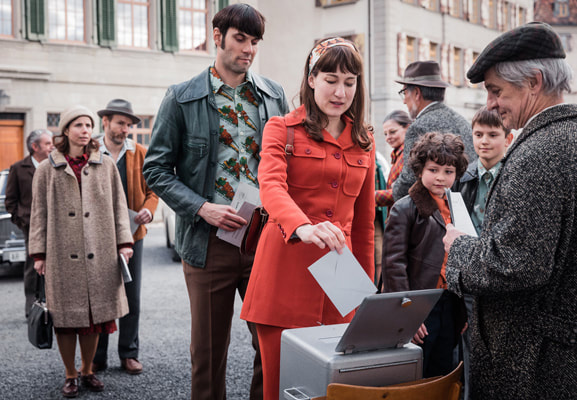