Coming Attractions are devoted to soon-to-be released films or those available on Video on Demand.
Who the F**k is that Guy? is currently in theaters
​and available on VOD and iTunes. 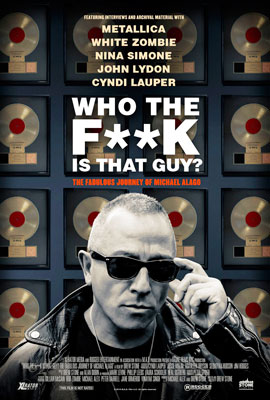 Who the F**K is that Guy? : The Fabulous Journey of Michael Alago 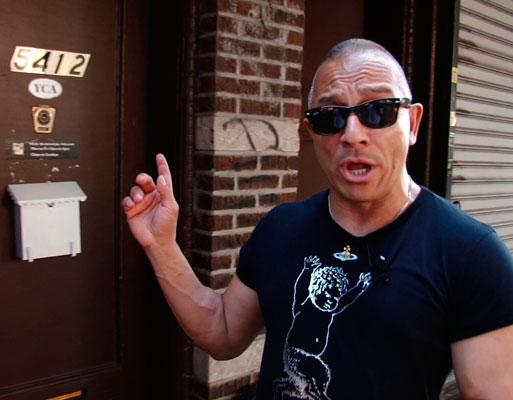 Described as 'a magnet’ and 'chaos', Who the F**k is that Guy? is a whirlwind documentary about Michael Alago, who turned the world of metal music around during a formative period in music.  Alago, an openly gay man, partied just as hard as his clients and fed the environment with his passionate nature that he joyfully inhabited.
“You know, I don’t think I ever had problems with artists. I think a lot of the artists that I worked with were always very focused and very clear about what they wanted to say and I think that’s why I responded to people that I signed.”
Artists from the period, ranging from Cyndi Lauper to Rob Zombie bring Michael Alago to life through stories and memories, laced with drugs, sex, music and the love of the music scene.
Responsible for bringing many notable musical artists into the scene, one of his most memorable experiences was working with Nina Simone on her last album. 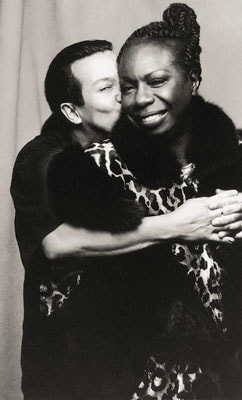 “…she was the most extraordinary artist in the whole world. We were friends the last 12 years of her life. I made one album with her called A Single Woman, with a 50-piece orchestra. We modeled it after Frank Sinatra’s A Man Alone and Billie Holiday’s Lady in Satin. She always said, “No." I always said, “Try it out.” And in the end we always met in the middle. She was extraordinary. No one could sing a Bob Dylan song or George Harrison song or Beatles song like her. You would think, Man, did she write these songs? Because she knew how to get to the heart of the matter of a song.”
Music fans now have another reason to sit back and groove to the world that Michael Alago helped create and shape.  As Michael would say, “Try it out.”
​Fred Pessaro. 7/24/2017. Michael Alago: Inside New Doc On Man Who Signed Metallica (7/26/17)