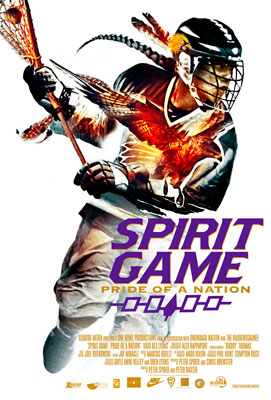 ​In Theaters May 26
An Ojibwe legend teaches that lacrosse was originally played between wing and land animals.  The first winner was the bat, and since the game was played in honor of the Creator, he saw fit to give the sport to those that walked upright.  1

The Iroquois Nationals Men's Lacrosse Team can trace its historical roots back 400 years to the tribes of Northeastern US and neighboring Ontario and Quebec. SPIRIT GAME: PRIDE OF A NATION, documents the spiritual and cultural philosophies of this "medicine" game that guide the Six Nations of the Iroquois Confederacy.  Directors Spirer and Baxter focus on the Confederacy's ongoing political struggle to be recognized as a sovereign nation and the Iroquois Nationals continued growth as a professional men's lacrosse team.

SPIRIT GAME captures the fierce pride of a people demanding their place on the turf and it's easy to get caught up in the rapid field action, rising stars and nationalist rivalries that live in the rough-and-tumble world of this popular sport.  Fans of the game and sports enthusiasts will even get to relive the 2015 World Championship battle between Canada and the Iroquois Nationals.

The hypocrisy of SPIRIT GAME: PRIDE OF A NATION however, is that its creators chose to ignore the fact that Iroquois women are now playing professional lacrosse.  While a sense of entitlement is bred into young Iroquois boys  to play the game, young female players like Alie Jimerson were actively discouraged to even bring up the subject at home. 2 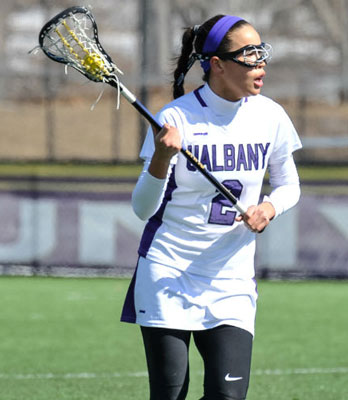 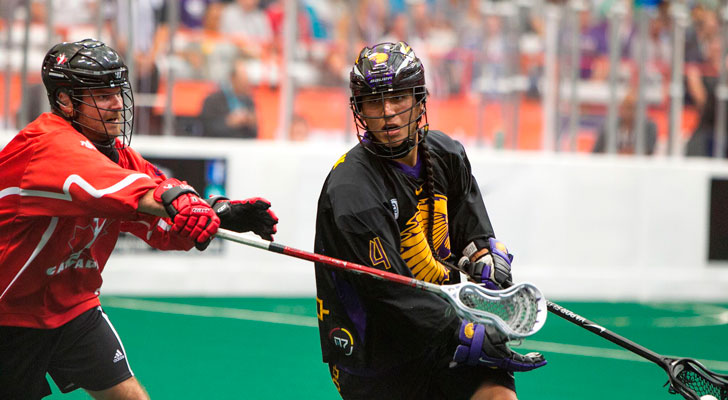 Lyle Thompson, a Major League lacrosse star featured in SPIRIT GAME, recently revealed that “In our way, lacrosse is part of a religion, it’s a ceremony for us and in the ceremony, the medicine game, women aren’t allowed to touch the stick.” Thompson has two young daughters and said they know not to touch the stick; however, he is troubled that they cannot share the game he loves. He chose his words carefully in discussing the topic publicly for the first time. “I don’t think it was ever a thought for me, until I had two daughters,” Thompson said. “I feel like I am trying to find an excuse for my girls to play lacrosse. If only it was called something else, it wouldn’t be such a problem.” 3
SPIRIT GAME: PRIDE OF A NATION becomes a false narrative then, as the film highlights the discrimination leveled against the Confederacy within a spiritual context and yet at the same time refuses to acknowledge the determination of the female Iroquois lacrosse players to be treated with that same respect.  Sadly, all that is mentioned in this 'documentary' on the topic is that Iroquois women can make "medicine" when they cook and serve food at a game.

When the Creator gave those that walked upright the gift of lacrosse, its unclear just who he was giving it to - men, women or both genders.  Unfortunately SPIRIT GAME: PRIDE OF A NATION has already decided that only men are fit to play the Creator's game.
References