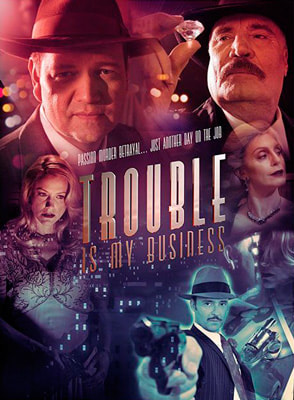 Trouble is My Business
An Interview with Indie Director Tom Konkle 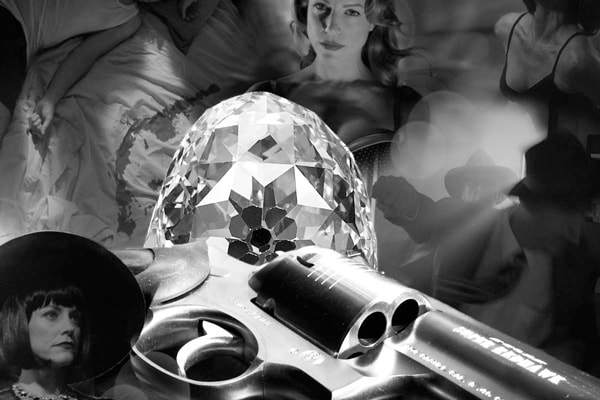 Director Tom Konkle brings back the 1940s classic film noir style with his Trouble is My Business, an homage to the hard-boiled detective genre.  Konkle's PI Roland Drake resides in a world of double-crossing pals, pistol-packing femme fatales, and shady underworld crooks - and that's just on a good day.  There's plenty of action as Drake hunts for a missing heiress and her father, a diamond and an elusive black book amid a rising body count. 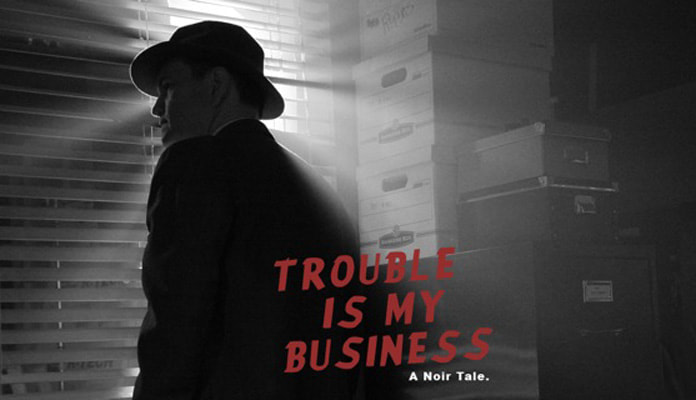 The cinematography by Jesse Arnold and P.J. Gaynard does a fine job reproducing the black and white tonal scale similar to the vintage Warner Bros. crime dramas.  Konkle's tongue-in-cheek dialogue is sassy, needing only a faster pace to deliver more of an emotional punch.  But the dinner scene at the Montemar mansion, should go down as a Deja Vu Moment, recalling the 1985 sleeper Clue and snatches of Mel Brooks Young Frankenstein - thanks to the Lady GaGa doppelgänger - Jordana Capra's fantastic performance as Evelyn Montemar. ​ 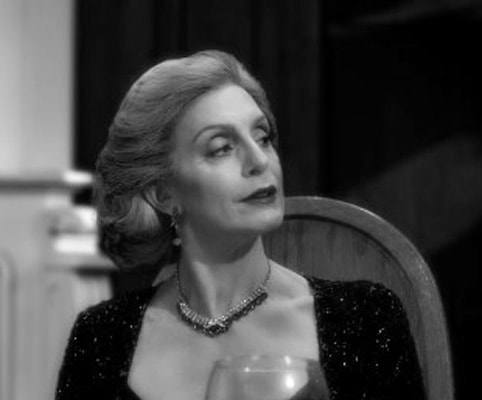 There's a couple of rough patches in terms of fast forward jumping to explain the backstory of Drake's downfall and a long film length, which compromises the ending; but Trouble is My Business is a fabulous way to honor the period and entertain film noir fans. 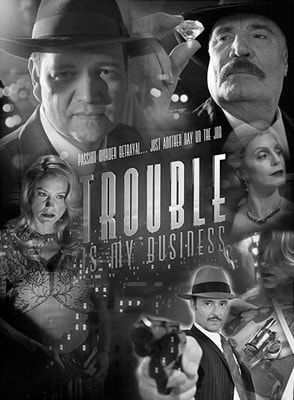 Tom Konkle sat down with CineMata to share some of his thoughts about Trouble is My Business and his creative process.

CM:  The most obvious question is - what inspired you to create Trouble is My Business?

TK:  “Other than a real love for the aesthetic and attitude of film noir, there are two things that inspired me to create Trouble Is My Business:  The first was the lack of crime forensics in the 1940s made it harder to do DNA and evidence analysis.  This  allowed the crime (that I was interested in wrapping into the story) make the “information” more valuable than other aspects.  Another inspiration was that film noir was born out of the lean budget restrictions on sets, lighting, set scale, colorful characters and stylized dialogue that helped create the genre.” 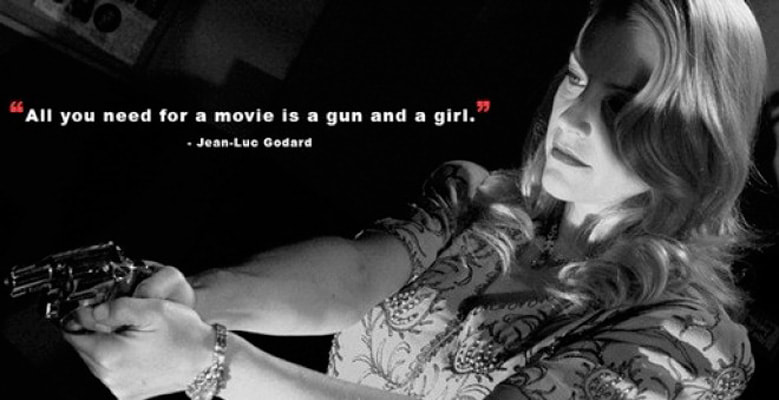 CM:  What films, writers and directors helped to shape your film?

TK:  “Out of the Past is definitely the grandfather of Trouble Is My Business in that the framing device is telling the story flashing forward in a car ride to a “final destination” as well as Jacques Tourneur’s lighting, use of humor and character work.  If you look closely on the movie marquee, after Roland and Jennifer leave ‘GG’, “Hang My Gallows High” is playing - this is the work that Out Of The Past was based on.

Also Orson Welles - of course - as his indie style and spirit, that like me, he acted in films he directed and often poured money from his acting gigs into his own films too - just like I did in Trouble Is My Business.” 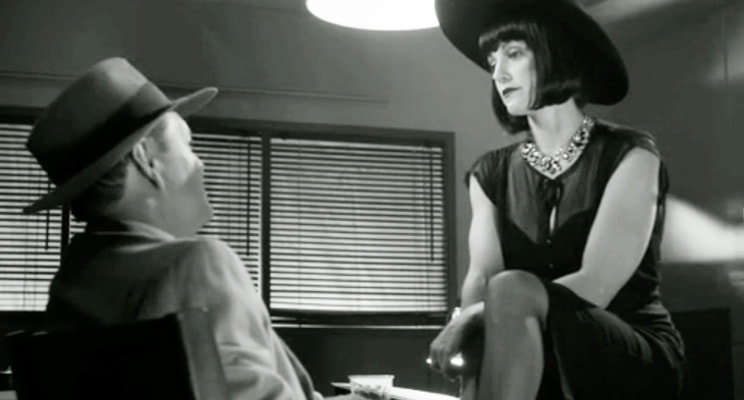 CM:  Can you share a bit about your background, and how it impacted your entrance into the film industry?

TK:  “I moved to Los Angeles with a degree in communications and literature as well as drama.  I studied acting, and live performances became my school.  My love of cinema continued while I worked as a professional actor and began writing and directing on other companies productions, including being a staff writer at Warner Brothers.

I like striking a balance between the love of acting and understanding what it feels like to be an actor on a set looking for good direction.  I’d like to think my love and understanding of the production details (directing, shooting visual effects, editing and post production) affects the audience.” 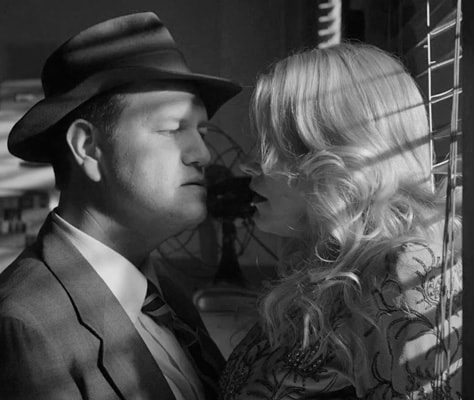 CM:  Do you have any favorite Neo-noir films?

TK:  “So many favorite neo-noirs like Chinatown, Blade Runner
​(I watched it over and over for years), The Matrix, LA Confidential and even The Dark Knight are the favorites.” 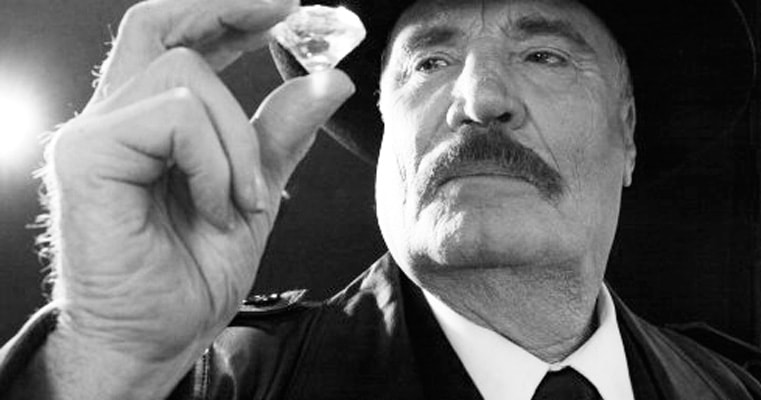 CM:  The creative artist is forever working on their next ‘big project’.  What will your next production be about?

TK:  “My next project is called Island in the Stars.  It will likely be shot in Australia next year and Vernon Wells is one of the stars of the film.”

If the poster for Island in the Stars is any clue, Tom Konkle will continue to entertain us for a long, long time. 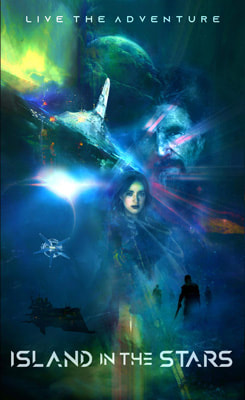