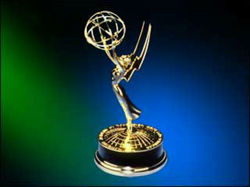 The Unbearable Whiteness of Emmy Hosting 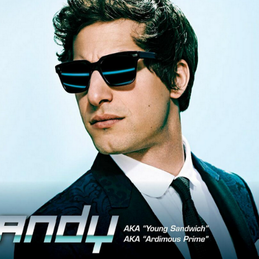 As the Red Carpet is rolled out and the stars begin to descend on Los Angeles, this officially begins the Award Season for Hollywood fans and insiders alike. The whirl of fashions, wins and losses  makes me giddy as a school girl, but I wonder if this year’s season will be any different?

Since we’ll all be tuned into Fox on September 20 for the Primetime Emmys, which do you want first - the good news or the bad news?

Ok, the bad news then!

Hosting the awards: This year’s Andy Samberg carries on the sexist, racist tradition of being the whitest male host since 2003.

Bad News: In its 67 year history, the Primetime Emmy award show can boast 90 male and 22 female hosts. (Are you actually nodding off?)

Bad News: There is a noticeable lack of hispanic and asian thespians. ZERO, as a matter of fact.

Nominees for Directing:  There is no good news.
The bad news is that there are only five females included in the list of 22 nominees.  (Pay attention!)

Nominees for Writing: No need to look for good news, because it's even worse - 4 females nominated out of the 22 names.

Presenters: Well, Gina Rodriguez was the lucky token hispanic to make the list of 18 presenters. 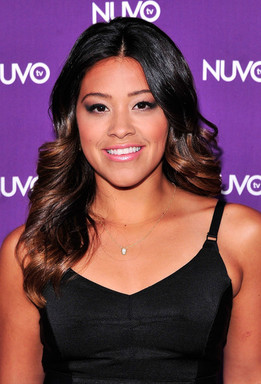 On their website, the Mission Statement proudly proclaims, "The Mission of the Television Academy is to promote creativity, diversity, innovation and excellence through blah blah blah Zzzz...."

Hey, wake up!  The history of Emmy hosting reveals just how far the Emmys need to go:  Lucille Ball co-hosted with her husband, Desi Arnaz in 1951, making her the very first woman to host the Primetime Emmys. That honor wouldn't be given again until 1976, when Mary Tyler Moore became Woman #2.

“What does this have to do with me?”, you muse as you reach for your third can of Red Bull.

Well, nothing, obviously!  This was me thinking out loud again.
(It's going to be a long award show season…sigh.)