Voices and Visions from near and beyond HollywoodLand...
Feature Review:  ​

Be Natural : The Untold Story of Alice Guy-Blache 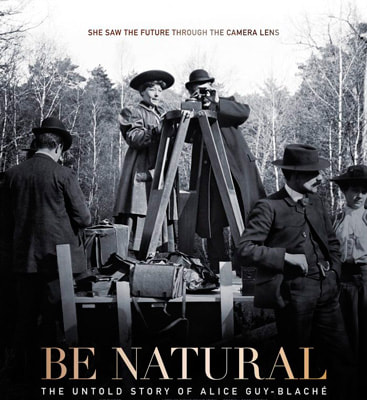 by Paulette Reynolds * November 21, 2019
Be Natural :
The Untold Story of Alice Guy-Blache 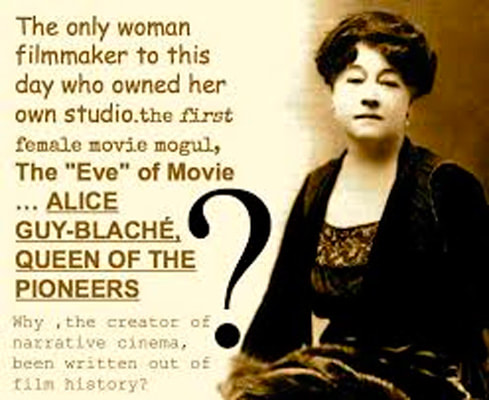 The birth of cinema saw a few talented men teasing film into existence - Demeny, the Lumiere brothers, Melies and Edison - who dominated the early silent filmmaking period.  Hailed as a new art form, Gaumont studios celebrated the new medium by employing some of the most creative people to bring the film experience to the masses. 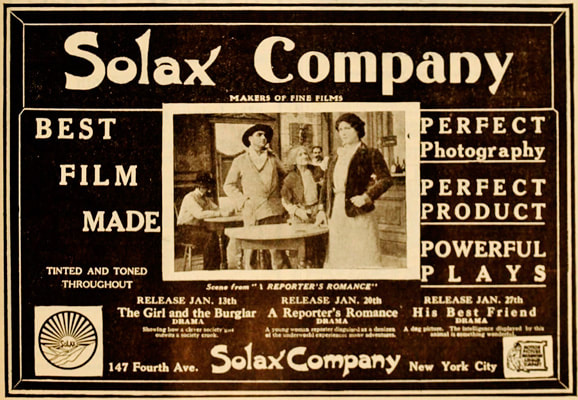 One such lucky woman would go on to create some of these first films, open the first movie studio owed by a female, and pioneer cinematic innovations that inspired generations of other filmmakers.  Be Natural, a documentary on film creatrix Alice Guy-Blache, brings us the untold story of the most ignored genius who paved the rocky road for female filmmakers. 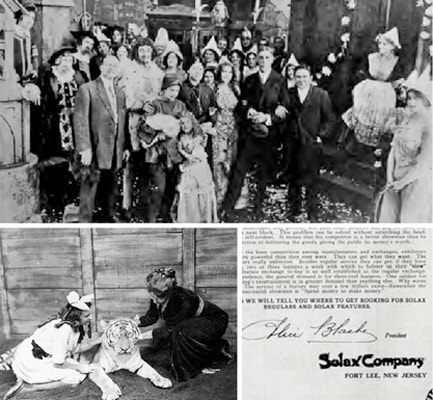 Like a detective story, Be Natural weaves together family, cinephiles and industry peers to bring her story to life, thanks to documentarian Pamela B. Green.  Alice Guy-Blache's life reflects the helter-skelter spirit of a thriving film community that gave birth to cinema, fueled by curiosity and unfettered by Big Business.  Her history and achievements - silenced for over half a century - are only now being appreciated. 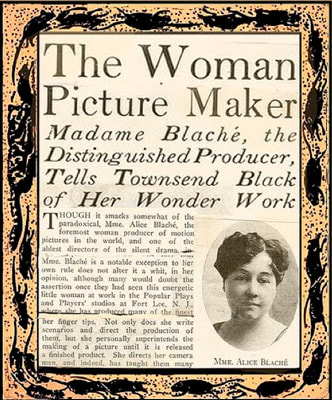 Her love affair with cinema began when she saw the Lumiere brothers film short, Workers Leaving the Lumiere Factory in 1895.  Gaumont gave her the first break into film work, learning color tinting and eventually named her head of production.  Rich in visual materials and featuring archivists, historians, and industry artists, her early days and successes with Gaumont and as the CEO of Solax, her film studio, are juxtaposed with commentary and film artifacts.
Alice helped to develop a sense of cinema, beginning with The Cabbage Fairy, which demonstrated the first attempts at narrative structure. She went on to experiment with other “firsts”, such as synchronized sound films and the split screen.  Of her actors, she stated, "All I ask of them was to be natural".
But the Edison Trust, WWI, financial problems and new ways of movie-making forced her and husband Herbert to relocate to Hollywood, the film Mecca on the West Coast.  Marital woes and the new moving making studio system would force her and other industry women out of the creative process altogether.  By the 1930s credit for her work went to Gaumont, ex-husband Herbert and American director Lois Weber, her former friend and student - and rival for Herbert's affections.
Alice’s daughter Simone Blache, worked to keep her mother's legacy alive, and as the years passed her autobiography galvanized film historians to begin a global journey - rediscovering her legacy once again.  Many of her 1,000 films are now lost, yet some pieces of nitrate history are still being found.  New books and documentaries like Be Natural are also bringing film feminista Alice Guy-Blache back into the collective mainstream of cinematic history.
While Alice was posthumously given membership into the Directors Guild of America in 2011, the “Mother of Cinema” still has not been awarded a star on the Hollywood Walk of Fame.  Hollywood has bestowed that honor on their American counterpart, Lois Weber, and CineMata looks forward to the day Alice Guy-Blache will finally become a part of the Hollywood community with her own star.
Pamela Green’s Be Natural is the most definitive study of a woman who fearlessly blazed a trail in the film industry, and her documentary firmly cements Alice Guy-Blache as a cinematic icon that will forever inspire creative women - and artists - everywhere. 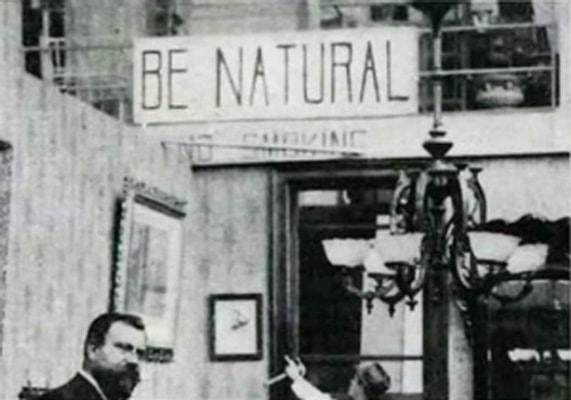 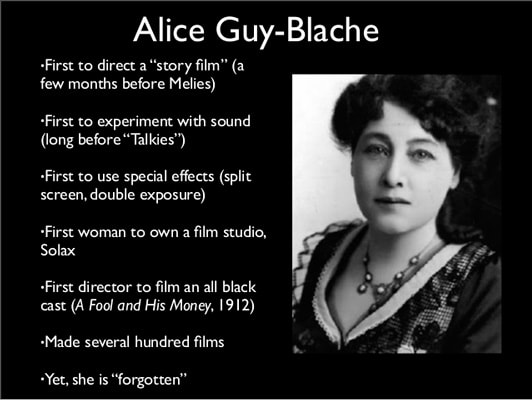