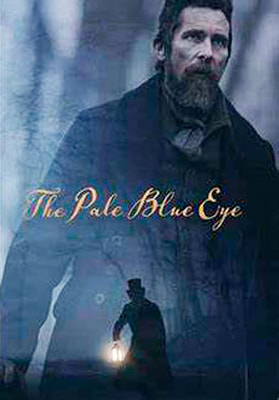 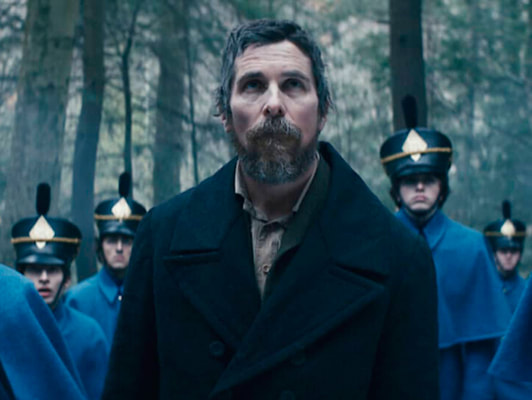 “The boundaries which divide Life from Death are at best shadowy and vague. Who shall say where the one ends, and where the other begins?” 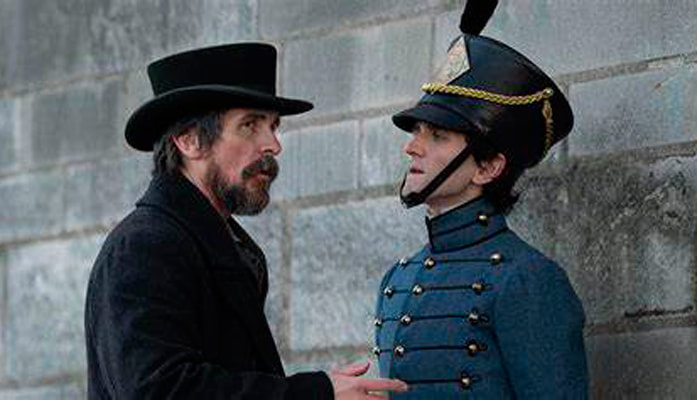 The Pale Blue Eye is a promising adventure into the realms of Victoriana’s fascination with death and all aspects of the macabre mood. Christian Bale and Harry Melling are a perfectly balanced detective duo of Augustus Landor and Edgar Allan Poe, committed to solving a series of crimes inspired by Edgar Allan Poe‘s The Tell-Tale Heart. 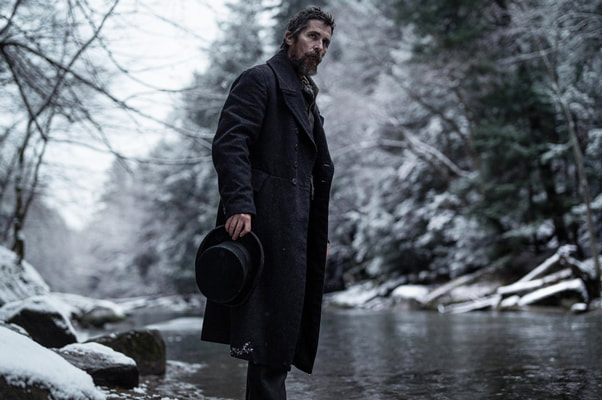 Set in the West Point Military Academy, The Pale Blue Eye’s co-star is a color palette worthy of any 1940 noir classic film. Here the foggy streets of London are replaced with a bleak winter, where stark white snow competes with blue uniforms and ominous fog, steeped in existential dread. 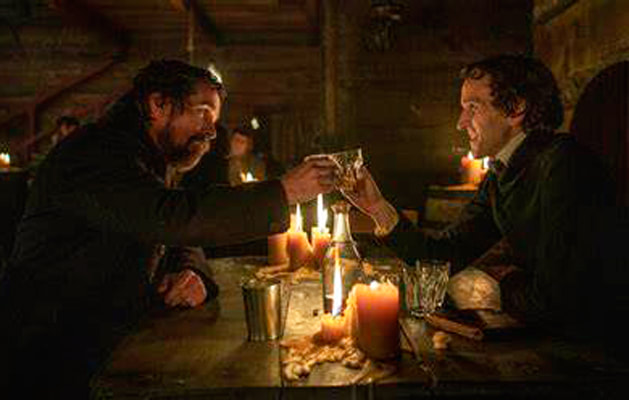 A tavern serves as the only spot of warmth, love, and laughter; where faces glow by candlelight. Here, conversation easily reveals secrets and motivations that are withheld from the inquisitive team amid the unforgiving environs of daylight.
The story involves a murder and mutilation among Poe’s fellow cadets, and he eagerly offers to help Detective Landor puzzle out the solution. (Edgar Allan Poe actually spent a short time at West Point during his early years.)
Harry Melling steals the entire show, embracing Poe’s somber character to perfection, delivering one of the most captivating performances that I’ve seen in long time. Harry Potter fans will no doubt remember him as the selfish, spoiled cousin, Dudley Dursley. Melling’s appearance has altered in the past decade, so this breakout performance comes as a double surprise. 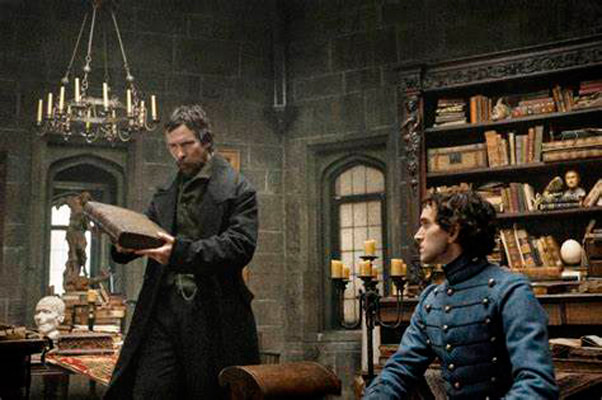 A second delight is enjoying the teamwork and friendship between Landor and Poe, who share an affinity for truth, science, and fine writing. They both work so seamlessly together until the time comes when their paths must unexpectedly diverge. 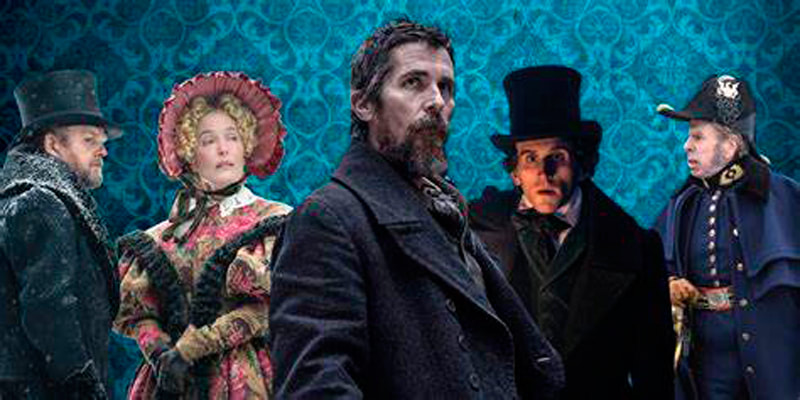 There are a wealth of suspects nestled in the Hudson Valley community: Imperious cadets from wealthy families, powerful members of the community, secret occult sects, and even the fair Lenore. A fabulous cast, including Gillian Anderson, Robert Duval, Toby Jones, and Timothy Spall, weave the right nuances into their characters so effortlessly that it’s difficult to concentrate on the mysterious matters at hand. 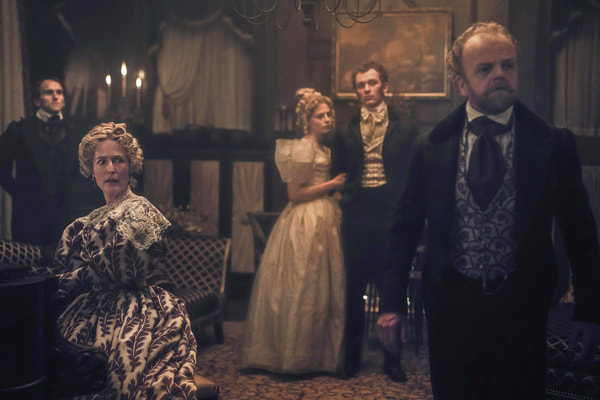 The Pale Blue Eye takes us through a mesmerizing homage to the artist who created the detective genre, and influenced the horror branches of literature and filmmaking. One hundred and seventy-four years after his death, Edgar Allan Poe lives again.
COPYRIGHT 2012/2023. Paulette Reynolds.  All CineMata Movie Madness blog articles, reviews, faux interviews, commentary, and the Cine Mata character are under the sole ownership of Paulette Reynolds.  All intellectual and creative rights reserved.