Voices and Visions from near and beyond HollywoodLand...
CineMata's Movie Madness
​is a proud sponsor of the Film Noir Foundation.

by Paulette Reynolds
January 10, 2019
Another new year sees CineMata shrugging off her list of resolutions, as she gets ready to rock the red carpet season.  This however, doesn't stop us from acknowledging why we should watch more Netflix in 2019.

Netflix is a well-established media streaming service that provides endless hours of entertainment and personal enrichment via films, documentaries, series and stand-up comedy shows.  And yes, it now competes with television and film outlets during award season for nominations and statuettes.

Each viewer has their own reason to watch Netflix, but I watch it for their international library, which allows me to experience a wider range of diverse cultures, stories and genres.

BUT one resolution that Netflix should make this year is to include more programs featuring black artists and films directed by women.

Alert - each show listed has been faithfully binge watched! 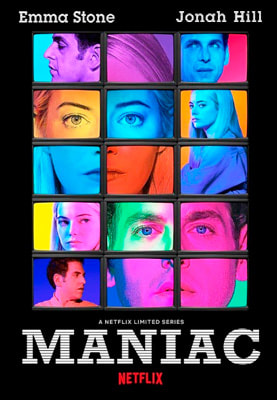 Maniac is a psychological sci-fi series, focusing on two fragmented souls - Emma Stone and Jonah Hill - who volunteer as guinea pigs for a drug-induced journey into their unconscious playground. 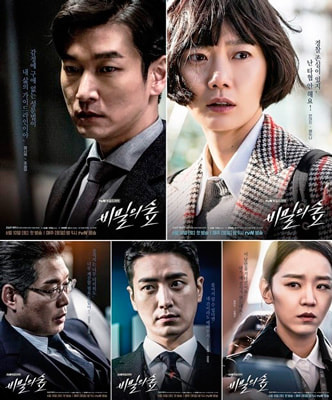 
This award-winning police procedural gives us a glimpse of South Korean culture as it follows Hwang Shi-mok, a lead prosecutor who suffers from an emotional disconnect causes havoc among his coworkers while hunting a killer. 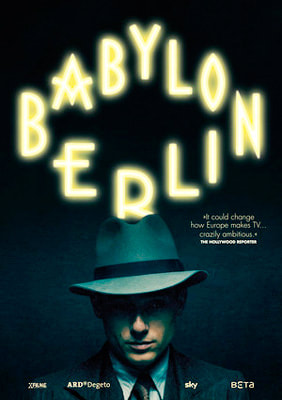 
An exceptional mystery series based on the book by Volker Kutscher, set in the pre-WWII Berlin of 1929.  Drugs, sex and violence plague the city as it descends into the chaos that defined the Weimar Republic.

Following in the great tradition of Upstairs/Downstairs and Downton Abbey, Netflix is currently offering three versions (Arabic, Spanish and Mexican) of the classic British miniseries The Grand, where intrigue and murder are on the daily menu for servants and upper class management alike. 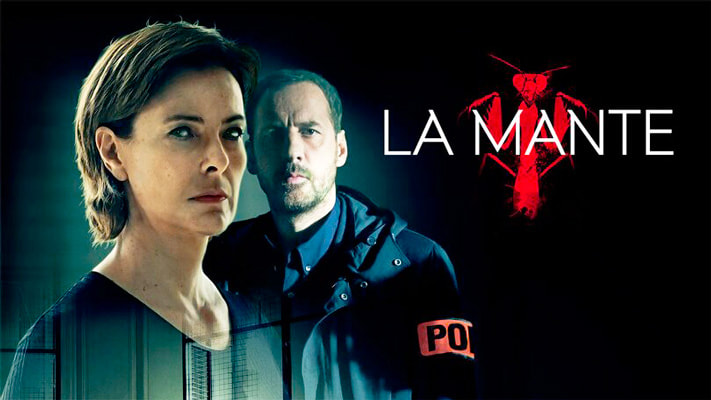 What if you were in charge of a murder investigation and your mother was the prime suspect?  La Mante plays with us like a bored cat on a hot day, as the clock ticks down and nerves wear thin in this French crime thriller. 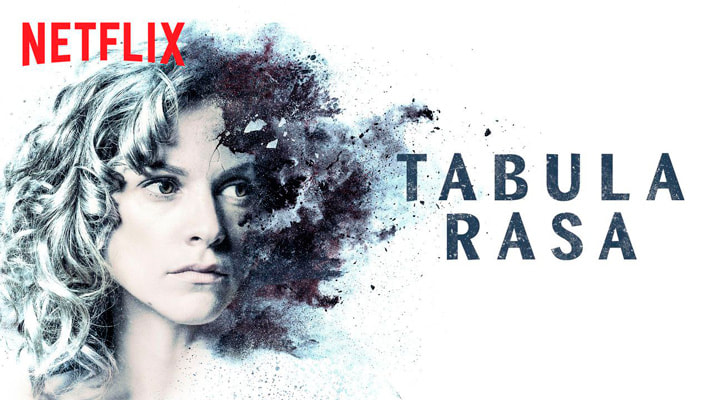 Tabula Rasa is a haunting Belgian drama about Annemie D'Haeze, a housewife confined to a psychiatric facility with memory loss and a mystery to solve.  Annemie encounters a few surprises along the way as she - and we - question what is real and what is fantasy. 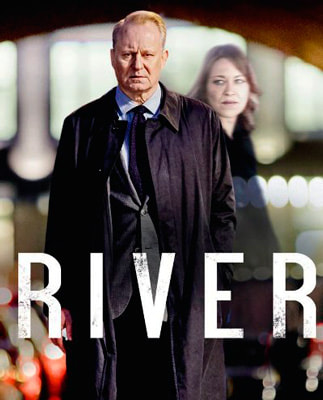 Sorrow follows Detective John River (Stellan Skarsgard) as he mourns the loss of his murdered partner, Stevie, in this British mystery miniseries.  Nicola Walker, who plays Jackie "Stevie" Stevenson, interrupts his life and his psyche while River gumshoes his way through clues and evasive suspects.

Shtisel is an Israeli series that examines the generational differences among two fictional Haredi Jewish families, the Shtisel and Weiss, living in a modern city of Jerusalem.  The story centers on Akiva Shtisel, a self-taught artist and his orthodox father Shulem, who battle constantly because of Akiva's refusal to adhere to his father's rigid religious views.  A bit of a dreamer, Akiva drifts in and out of romantic relationships and jobs as he seeks to find himself.  Shtisel plays like a bittersweet soap opera, where members of both families attempt to define themselves as they pay homage to their daily faith. ​ 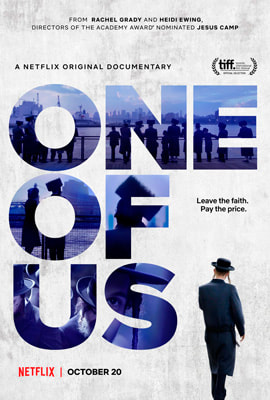 The romanticism of Shtisel suffers in sharp contrast with the Netflix documentary, One of Us, a film directed by Heidi Ewing and Rachel Grady, about the struggles of several former Hasidic Brooklyn Jews.

One of Us reveals the dark underbelly of control that exists among the fundamentalist American Hasidism, a sub-group within Haredi Judaism, and its harsh reaction when three of their members leave the community.  While Ari Hershkowitz and Luzer Twersky experience many difficulties, a special place of suffering is directed at Etty Ausch, a survivor of domestic abuse.  Forced to give up her seven children, she must navigate through continual verbal and psychological abuse from her former husband, her family, the New York judicial system and the community. ​ 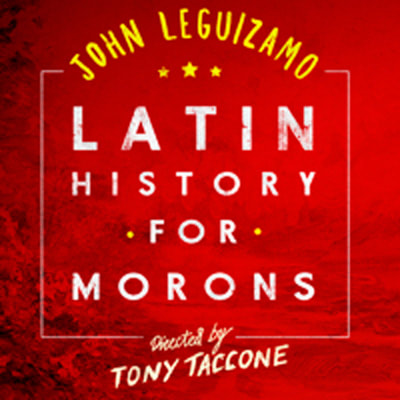 John Leguizamo brings his Tony-winning Broadway play, Latin History for Morons, to Netflix and the show is nothing short of brilliant.  Leguizamo skewers 3,000 years of misinformation and serves up a definitive look at racism, Latin history and family pride. 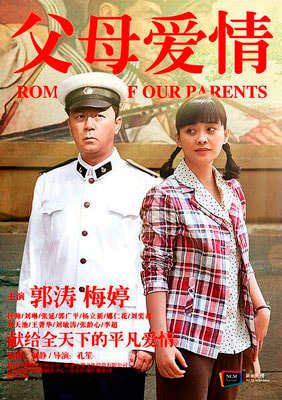 Romance of Our Parents charts the 50 year marriage of Defu and An Jie, an unlikely duo immersed in the post revolutionary China of the early 1950s.  It's an improbable love story that centers on two strong-willed people who know they're in it for the long haul, despite meddling neighbors, skeptical family members, unruly offspring and changing party politics. Against the backdrop of a country mired in overzealous followers and timeless traditions, Romance of Our Parents brims over with humor and drama.  The core strength of the story is that An Jie and Defu are able to forgive a mistake even while bickering about it, because - let's face it - the battle of the sexes is the greatest aphrodisiac, isn't it?

UNFORTUNATELY, while this superb production is missing from Netflix's 2019 lineup, fans can rent the video from the online library at OCLC Worldcat.org.  Maybe it's time for Netflix to consider selling the DVD version after they cancel the program?
AND DID WE MENTION…? 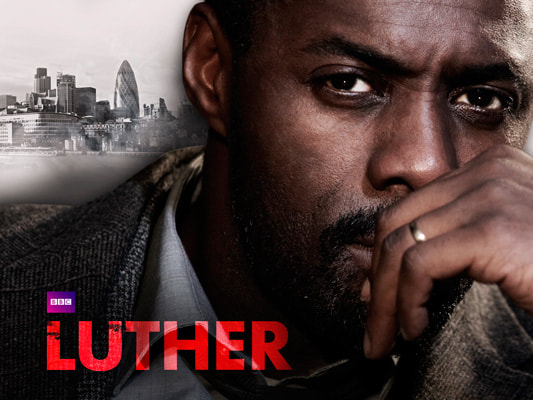 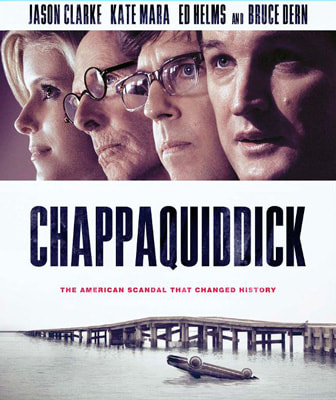 An unsentimental look at the events surrounding Ted Kennedy’s epic cover up of the Mary Jo Kopechne death, which raises more unsettling questions than it answers. 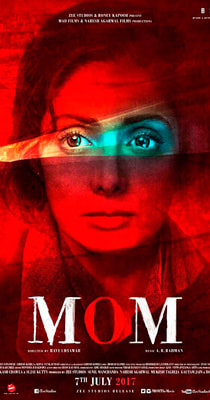 ​An Indian step mother enacts revenge on four men who sexually assaulted her daughter - and yes, revenge is sweet, especially at the hands of a mother who's ignored. 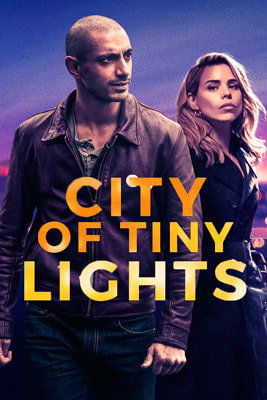 HBO's The Night Of actor Riz Ahmed shines in this gritty neo-noir film, set in the mean streets of London. 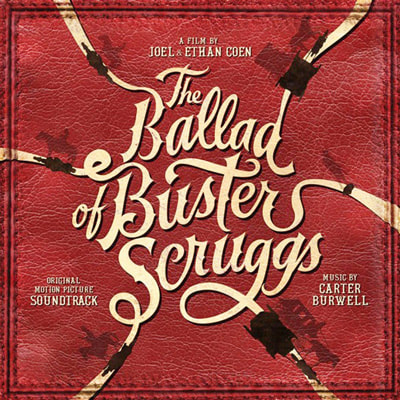 The Ballad of Buster Scruggs

​Does Spoon River Anthology by Edgar Lee Masters ring a bell?  Of course not - but it helps to decipher the Coen Brothers latest film.  And no, Buster Scruggs is a totally unlikeable character. 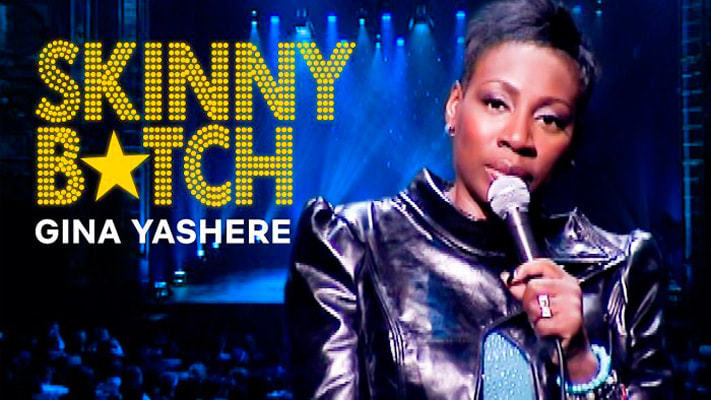 What’s it take for a black female comedian to get some respect?  Well, catch Gina Yashere in Skinny B*tch to find out.  Gina rocks the stage and the audience with her sniper-fire delivery and spot-on bits of wisdom that will have you nodding in agreement. 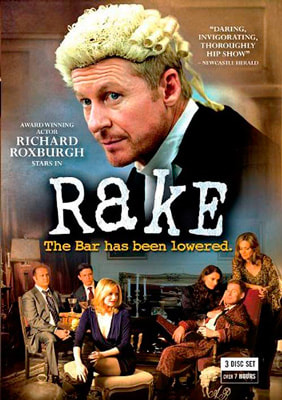 ​The final season for everyone’s favorite British drama king, barrister-turned-politician, Cleaver Greene.  Will he change politics or will it transform him?

​A sweet series about a Korean shop owner in Canada, who may be clueless about his family, but who keeps dispensing his artless brand of ancient wisdom with the groceries. 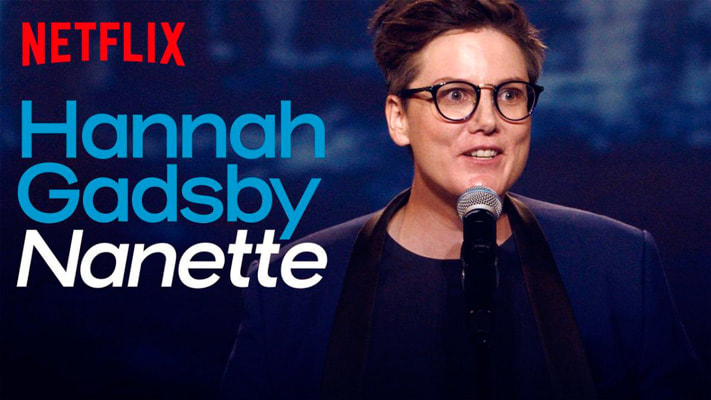 If anyone wanted a fresh, quirky host for the Academy Awards, Hannah Gadsby should be it - but beware - she does like to get on her soapbox. 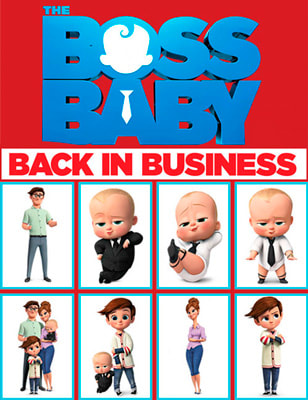 Boss Baby: Back in Business

Why am I including a kid’s program? Because this Boss Baby is really for adults, filled with fabulous pop culture references, mysteries, and dastardly plots against sweet-smelling babies.
Paulette Reynolds:
​
@PG13Reynolds
@CinesMovieBlog