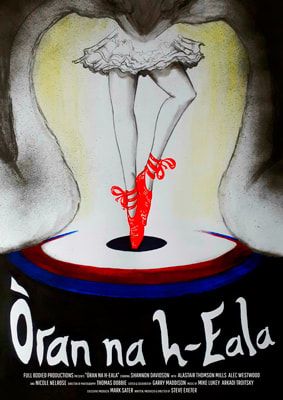 SONG OF THE SWAN

Directed and Written by Steve Exeter

Starring Shannon Davidson/Moira Shearer, Alastair Thomson Mills/Michael Powell, Alec Westwood/Emeric Pressburger, Nicole Nelrose/Margot Fonteyn
It took me several viewings to fully appreciate Steve Exeter’s 2022 moody film short, Song of the Swan. Short films can be the true test of a cinephile’s approach to the visual experience of cinema. After all, a filmmaker of short subjects has only a few minutes to tell a story, entertain the viewer, and make their point - as creatively as their vision, talent and budget will allow.  A  daunting labor of love for 13 minutes!

Produced in the UK, this letterbox feature, with its enigmatic title, felt a bit too avant-grade for my tastes. But I grimly plowed on. Before the credits were over I realized the film was about one of my favorite films, the British masterpiece of 1948, The Red Shoes, starring Moira Shearer. 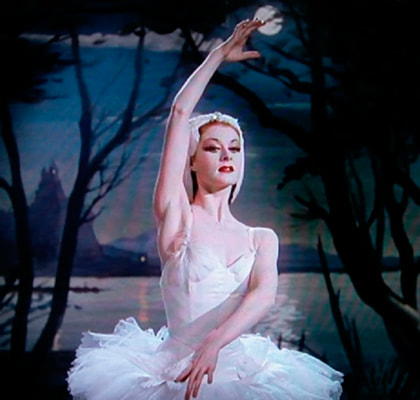 Star Moira Shearer once reflected, “Isn't it strange that something you've never really wanted to do turns out to be the very thing that's given you a name and identity? . . . The Red Shoes ruined my career in the ballet. They [her peers] never trusted me again.” *1 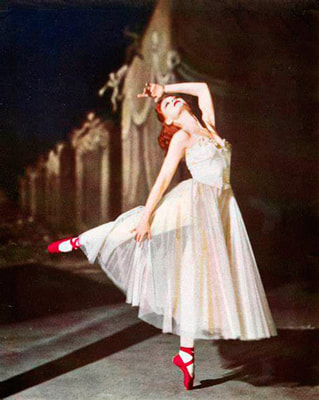 The Red Shoes is a study in gender inequality. Ballerina Vicky Page is forced to decide between marriage and career during an era when women could only do one or the other. Vicky loves ballet and her fiancée but is hounded to make a choice between them - something neither her lover or her manager ever has to decide. This leaves our talented butterfly in a constant state of insecurity. 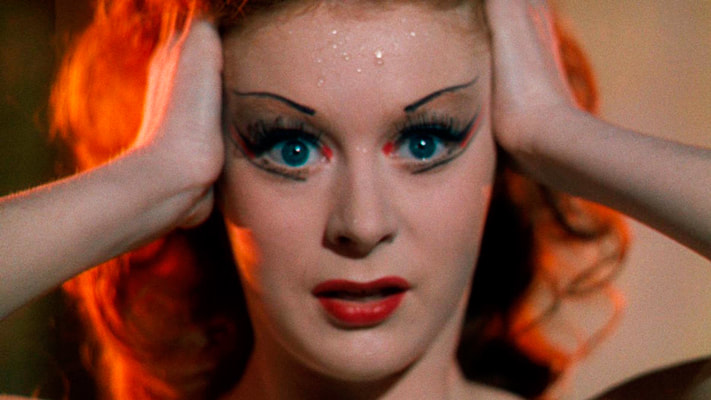 Song of the Swan examines Vicky Page’s dilemma through a more intimate dialogue. Here her feelings are expressed through dance and periodic musings in front of her mirror, torn between immersing herself in the creative process of dance or becoming a public celebrity through cinema. Her demons extend to the film’s producers, pressuring her to make a decision, while being seduced by her personal quest for a new challenge. 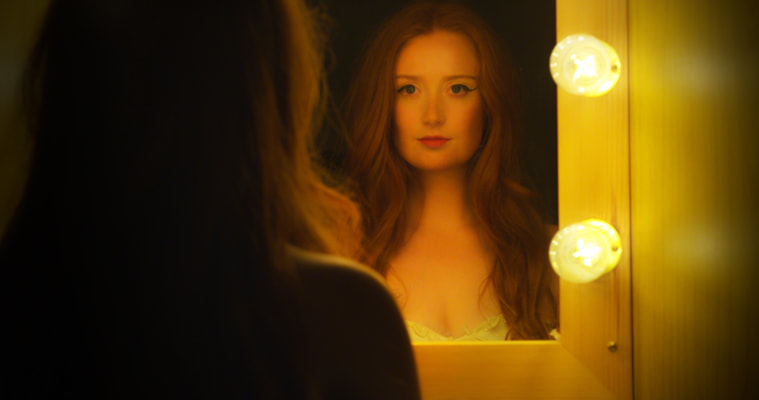 Shannon Davidson is perfect as Moira Shearer, who understands that she can only be a ballet dancer or an actor who dances ballet in film. The ballet sequences are very moving, helping us to connect with her conflict, as the music carries us through this intense emotional turmoil. And there is even a nod to the film hero Merida from the animated film Brave as the end credits roll.
The irony here is that Ms. Shearer’s post-film angst never registered with her fans. Indeed, her regrets seem rather trivial in the face of her ability to enchant us with that sublime gift of movement, whether through film or upon a stage. 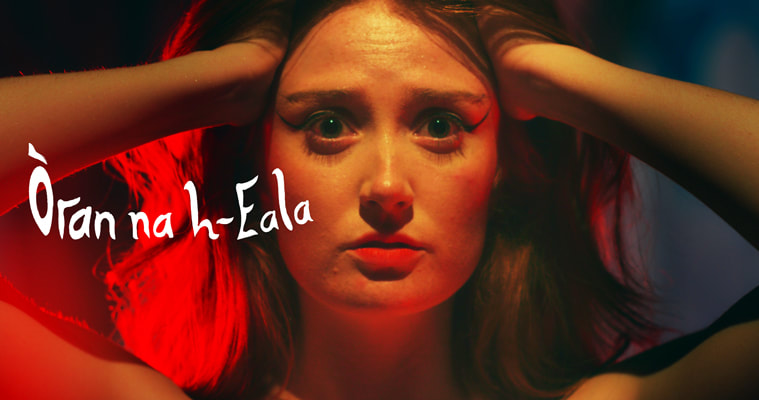 Òran na h-Eala reminds us that getting lost in regret is madness, because the choices we make ultimately shape and define us. And for artists, it makes for a lasting impression, much like this song did for me.
*1 IMDb
COPYRIGHT 2012/2022. Paulette Reynolds.  All CineMata Movie Madness blog articles, reviews, faux interviews, commentary, and the Cine Mata character are under the sole ownership of Paulette Reynolds.  All intellectual and creative rights reserved.