Netflix and the World of International Noir 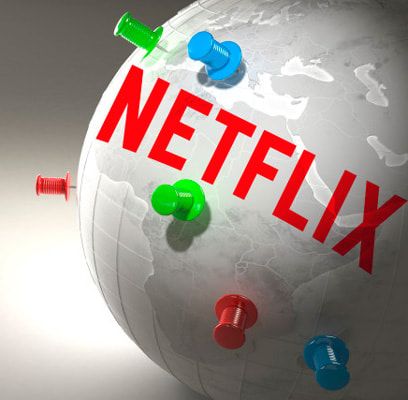 by Paulette Reynolds * September 28, 2019
When French writer Nino Frank coined the term ‘film noir’ in 1946, little did he realize that his little genre would explode into a global love affair.  Still going strong, Netflix is putting international film neo-noir firmly on the cinematic map for all to explore.  Here are three of Cine Mata's favorite noirs of the season from South Korea, India and Russia.

Sartaj Singh's daily grind shifts through his present and Gaitonde's past while searching for several top-dog gangsters and unraveling baffling secrets.  He lives in an inner world of turmoil, fueled by his regrets of a dead father and a lost marriage, leaving him emotionally impotent.  Gaitonde, on the other hand, is a happy warrior, slashing his enemies to ribbons while questioning everyone about the larger universal questions that haunt his reality. 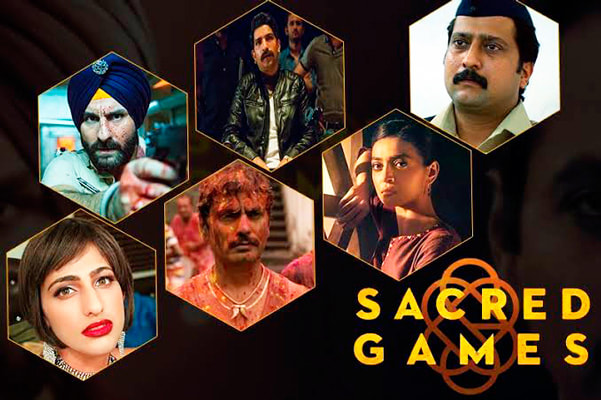 Sacred Games challenges us by going beyond the routine of a police procedural mystery.  It weaves a seductive blend of spirituality into the common threads of violence and murder as Gaitonde's search for meaning takes Sartaj - and us - into the depths of Mumbai's underworld, where even wealth and power have little meaning.

* Psychopomp: A guide that directs a soul to the afterlife. 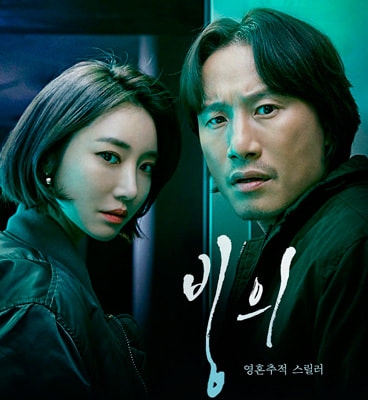 Asian television has had a long love affair with the police procedural, as featured in Stranger, Day & Night and The Displaced on Netflix.  But Possessed is the best example of an occult Neo-noir tale that you may ever experience.
Possessed follows scruffy police Detective Kang and his "acquaintance" Hong Seo-jung, a novice shaman, as they hunt for the 30 year-old soul of a dead serial killer, Hwang Dae-doo, who inhabits the bodies of successful criminals.  Hwang uses these killers and the mean streets to play a cat-and-mouse game of Gotcha with the couple, who get help from several spirits of their own.
The ensemble cast of friends, colleagues and villains offer a wide array of humor, wisdom and horror which promises to please even the most jaded mystery fans:  Kang's coworkers and Hong Seo's friends are a lovable crew of misfits, who spar and spat the day away while trying to keep track of the growing body count.  But a deeper fight exists between our obsessed detective, his psychic lover, and his psychotic nemesis, plunging them into the realms of the afterlife in the ancient battle between good and evil. ​ 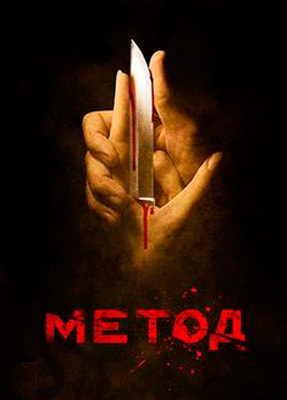 
Starring * Konstantin Khabensky/Meglin, Paulina Andreeva/Esenya, Alexander Petrov/Zenya, Vitaly Kishchenk/Andrei, Makar Zaporozhskly/Sasha
Behind every successful detective lies a method of, well...detecting.  Whether it's chatting up an unsuspecting suspect like Miss Marple or relying on the little grey cells of Hercule Poirot, a private investigator has their own particular approach to solving a crime.

Even the Russians have a Sherlock Holmes, in the form of Rodion Meglin, who melds interrogation with unconventional tactics to track down the many serial killers that inhabit the Slavic borders in Method.  Although he prefers to work alone, he allows Esenya, a new crimes unit recruit, to tag along and glean some of his wisdom. ​ 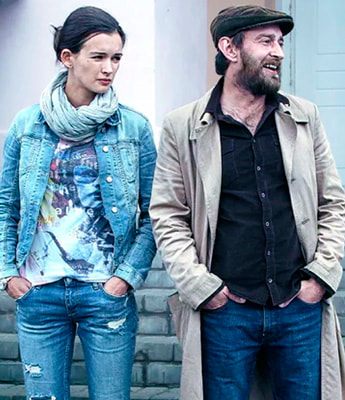 Meglin and Esenya criss-cross the urban jungle in hot pursuit of a never-ending string of slashers, stabbers and scorchers - but most of the bad guys never seem to make it downtown to be finger-printed and booked.  It appears - much to Esenya's horror - that Meglin has a very peculiar way of bringing a criminal to justice.  Add to this his advancing health crisis and Esenya's obsession with finding her mother's killer, and you have yet another day in Mother Russia.
There's a lasting value to watching these imports that goes beyond satisfying a love for mysteries and a genre.  International programming also introduces American audiences to diverse places, people and cultures.  Where else can you see Asian characters stopping - in the midst of a bloody crime - for a nourishing bite to eat?  Or lots of hard-drinking Russians?  And yes - India will delight the senses with colorful clothing and production sets.

But it's also important to remember the gender norms of international television may not be as politically - or socially - correct to a Westerner, especially when it comes to female characters.  Most of the women are relegated to background scenery, perpetual victims, or hyper-sexualized eye candy as male characters see all the important action and save the day.

The three tales here are sublime examples of story-telling at its best, because the story content leaves the West face down in the dust.  You can always count on something unique tucked into the most trite of story lines and plots will expand and contract in surprising ways.  Character development, too, is critical and will often override a happy ending, an experience that might be upsetting to those who've been reared on the Hollywood Happiness culture.

There’s great pleasure in the sordid world of international crime, because they know how to hook this reviewer, after all - they had me at noir, baby.
Paulette Reynolds:
​
@PG13Reynolds
@CinesMovieBlog