I found myself a bit nostalgic for the cool, soothing black and white tones of the original show, as that god-awful fluorescent color wheel set my head to spinning...
The Munsters * 2022 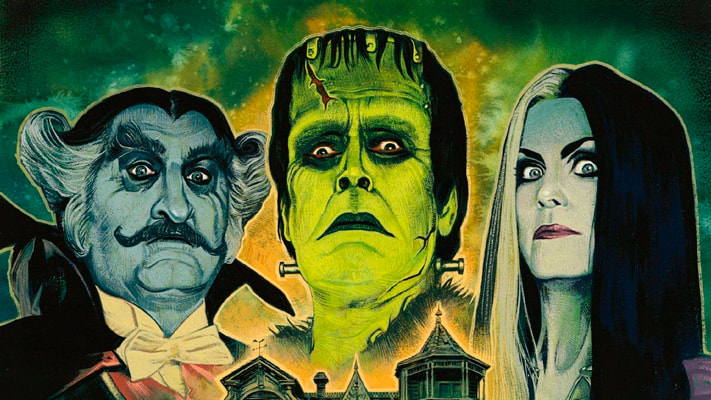 Musician Rob Zombie turns his considerable talents to what might be his second love - that of the spooky world created by Alan Burns and Chris Hayward for the ’60s television hit, The Munsters. Written, directed, and produced by Zombie, his love child celebrates a sweet cast of characters who probably loved the ‘60s show just as much as he does. 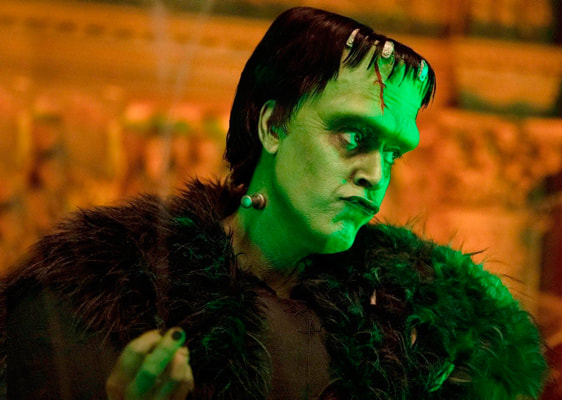 Zombie’s creation wastes no time in paying homage to the Mel Brooks classic horror parody, Young Frankenstein (no, there aren’t any spoilers here). It can be said that once Dr. Henry August Wolfgang and his distracted hunchback assistant Floop bring Herman Munster to life, our adventure truly begins.
The script rebounds with kitschy good humor around Lily and Herman’s rocky courtship. The cast infuses the screen with plenty of energy and the entire production - from makeup to music and costumes to the sets - brings the monster world to life. But I found myself a bit nostalgic for the cool, soothing black and white tones of the original show, as that god-awful fluorescent color wheel set my head to spinning.
The Munsters bogs down midway, tangling up musical numbers and a faux conflict between The Count and a former spouse. I was hoping Cassandra Peterson would reprise her role as Elvira, possibly as a love interest competing for Herman’s affections. Unfortunately, Zombie decided *not* to think outside the coffin…grrrr.
Yet is there a faint hope of a sequel, where I can see Lily and Elvira in an epic cat fight among the headstones and moaning trees?