The Many Faces of Noir: The Whistler Film Series 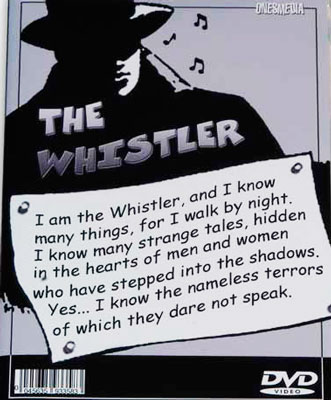 by Paulette Reynolds
July 1, 2017
This opening monologue, made famous by The Whistler radio show - together with its eery tune - prepared listeners for almost 700 great mystery experiences from 1942-1955. Hoping to capitalize on its popularity, Columbia Pictures decided to bring something a little different to the 1944 -1948 American audiences.

They kept the signature introduction, which was mysteriously intoned by Otto Forrest at the beginning of every Whistler movie - eight in all - and added a shadowy figure of a man slowly walking across the screen as the opening credits rolled.

What developed was a fascinating collection of eight films loosely related by the familiar Whistler theme and veteran film star Richard Dix.  His robust cinematic career of thirty years allowed him to transition from stage to silents and finally to talkies in no less than 100 films.  While Michael Duane took over the role for the last Whistler tale, Richard Dix will be forever remembered as "the" Whistler film star. 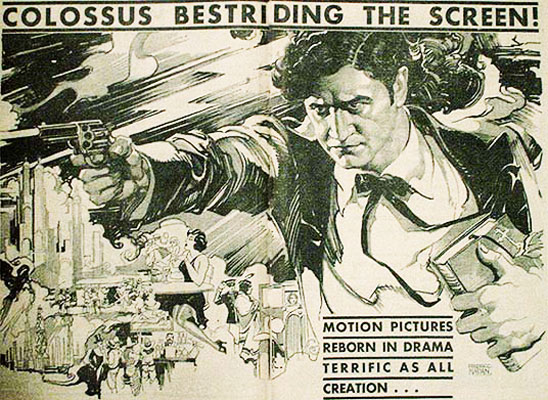 And now - The Whistler Film Series... 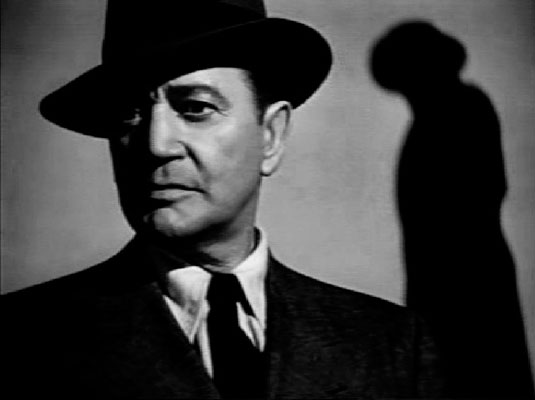 What sets seven of the Whistler stories apart from other film series of the period is that Dix played a unique character in each one, ranging from a guilt-ridden widower to a homicidal maniac.  There's always a convoluted mystery and an attractive woman - usually a blonde - to provide the necessary support and sweetness.  The Turner Classic Movie channel hosted a Whistler movie marathon recently and American fans of both Richard Dix and film noir delighted in a treasure chest of noir films.

The Whistler series is a great example of the B-noir film, quickly made on the cheap with a rapid shooting schedule.  The seven films are the last ones made by Dix, once a Hollywood A-list star, known for his square jaw and strong good looks.  When we first see him introduced in The Whistler, his delivery appears somewhat rigid, but all that disappears after the first flash of his charismatic eyes… 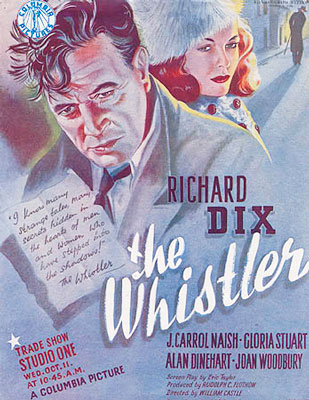 
Dix plays industrialist Earl C. Conrad, a widower who has lost the will to live.  His solution to his depression is to hire a hit man to kill him and thus end his suffering. J. Carrol Naish is relentless in his pursuit to fulfill his contract, even when it looks like the victim no longer desires his own death. 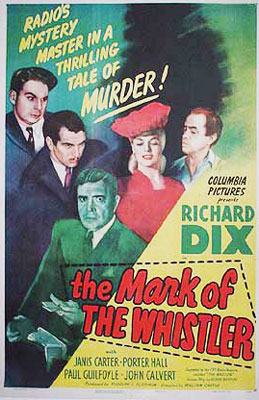 *Recognize the One Armed Man from TV's The Fugitive?


A regular crime drama with a few twists, Richard Dix is fascinating as Lee Nugent, a down-on-his-luck hobo who takes on a false identity to claim a fortune.  He soon discovers that his new name reunites him with some rather shady criminals from the man's past. 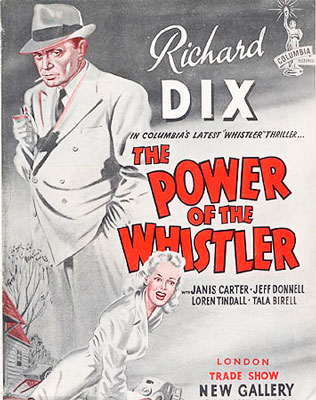 
Dix is absolutely fascinating in this strongest film of the series as William Everest, an amnesiac with a frightening past.  A cartomancy enthusiast, played by Janis Carter, decides to help him and soon finds herself enmeshed in a mystery with too many clues and not enough answers.

And fans of Nina Mae McKinney can delight in her (uncredited) role as the maid Flotilda, who entertains everyone with her snappy one-liners. 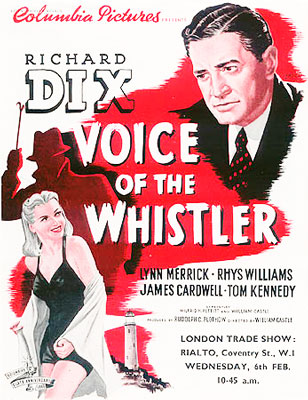 
Voice of the Whistler features a man with a terminal illness, a scheming nurse and an isolated lighthouse.  Noir never had it so good! 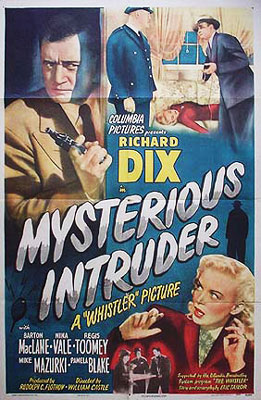 
Dix gives another strong performance in this noir gem as detective Don Gale, hired to locate a missing woman for a sentimental music store owner.  Along the way Gale is arrested for a murder he didn't commit and pursued by unknown villains.  Tick tock, tick tock. 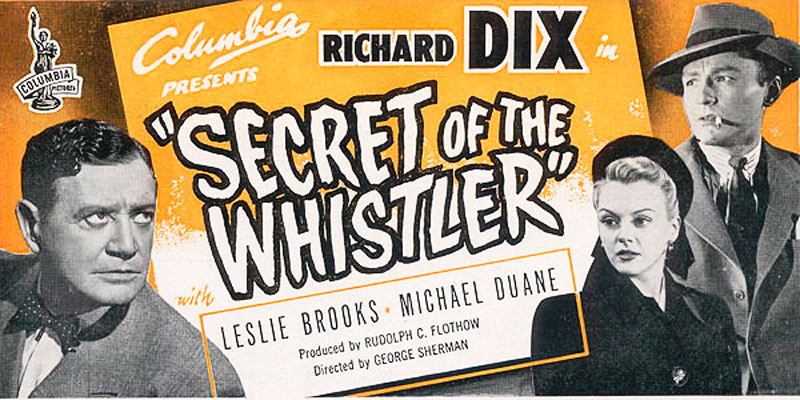 The Secret of the Whistler
1946


This noir goodie finds Dix as Ralph Harrison, who must juggle an ill wife, a wily femme fatale and a half-baked plan for murder. Look for another surprise ending...


A neat crime drama, The Thirteenth Hour highlights Richard Dix as Steve Reynolds, a truck driver who seems to have his fair share of enemies.  He gets blamed for a murder he didn't commit, but clears his name with the help of his girl friend and son.

The film's ending has Steve telling Eileen that once his business is up and running, she'll stop running her own successful diner.  (Really?)  This came at a time when the government propaganda encouraged American women to quit their jobs and go back into the kitchen, so returning servicemen would be able to fill those vacancies. The ending, together with the condescending jokes between Steve and her son, Tommy (about his mother) spoil the fun of what would be Richard Dix's last screen performance. 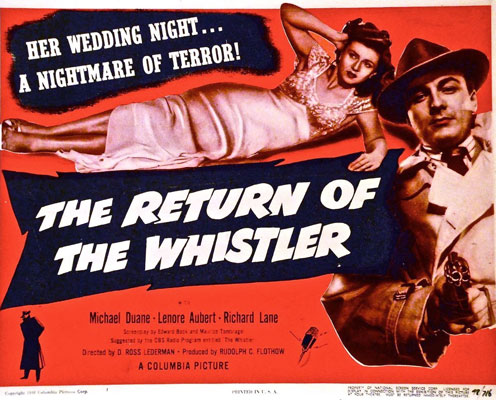 The Return of the Whistler
1948


The Return of the Whistler, starring Michael Duane as Ted Nichols, tries hard to please, but lacks the dynamic energy of Richard Dix.  There are some neat plot twists along the way as Ted frantically looks for his missing fiancé, Alice in a picturesque small town.


The Whistler film series is available on YouTube, so settle back and enjoy a marathon of murder, mayhem and matinee idol Richard Dix!

The Whistler Series at http://www.RichardDix.org is a fabulous website for Whistler - and Richard Dix fans, too! 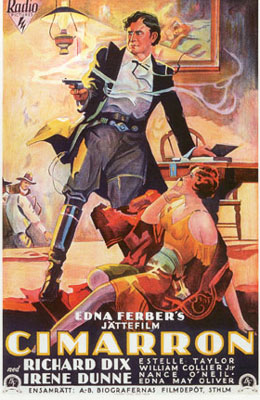